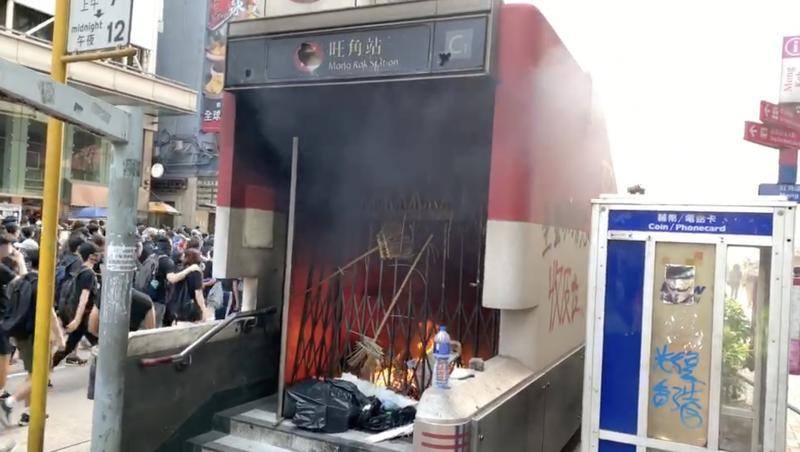 Damage to Hong Kong’s subway from six months of protests will cost operator MTR Corp Ltd. about HK$1.6 billion (US$204 million), the company said in a filing to the Hong Kong stock exchange on Thursday.

The mass-transit operator said it expects its 2019 profit to be less than a year ago because of the unrest stemming from the extradition bill incident, which has affected its transport operations as well as retail and rental businesses. MTR said its overall financial position remains sound, though passenger use of its services from July to November slumped 14 percent from a year earlier.

Hong Kong’s subway system has been targeted during the protests, with sometimes violent clashes between police and protesters leaving stations badly damaged.

MTR Operations Director Adi Lau Tin-shing said on Friday that the University Station, which suffered the worst damage at the hands of the rioters, would partially reopen for operation by the end of December. He did not give a fixed date.

Meanwhile, Secretary for Transport and Housing Frank Chan Fan said the Hung Hom to Admiralty Section along the Shatin to Central Link is expected to begin operation in 2022.

The transportation chief said that some 91 percent of the 17-kilometer long railway project had been completed but the rest was delayed due to the recent unrest.