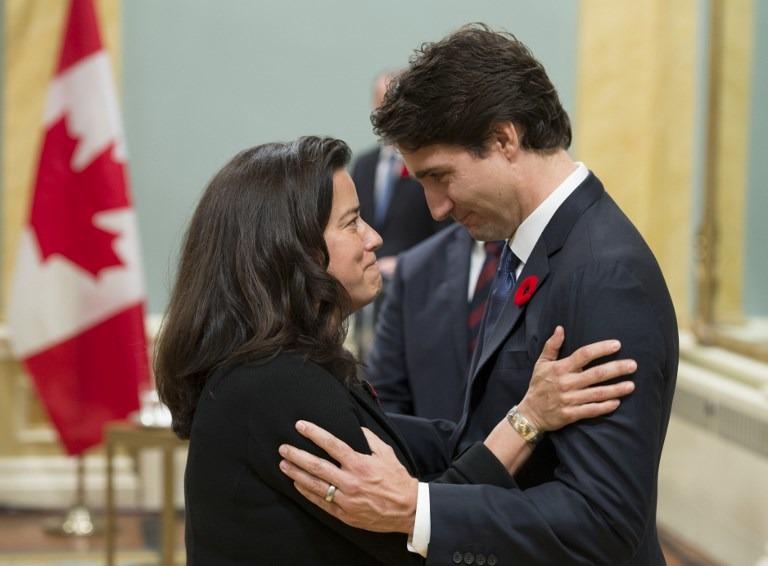 WINNIPEG — Canadian Prime Minister Justin Trudeau, facing a political crisis, on Tuesday said he was surprised his veterans affairs minister quit amid allegations she had been pressured to go easy on a major firm when she was justice minister.

Trudeau told reporters that Jody Wilson-Raybould had not raised any concerns with him about how Ottawa was handling the case of construction company SNC-Lavalin Group Inc, which is seeking to avoid a corruption trial because the executives accused of wrongdoing have left the company and it has overhauled ethics and compliance systems.

Frankly, I am both surprised and disappointed by her decision to step down

The Globe and Mail reported that people in Trudeau’s office tried to lean on her last year to allow the company to escape with a fine instead. Trudeau has denied the report.

Wilson-Raybould said in a letter to Trudeau earlier in the day she was leaving “with a heavy heart” but gave no reasons.

“Frankly, I am both surprised and disappointed by her decision to step down,” Trudeau told reporters in Winnipeg, insisting the Liberal government had done nothing improper.

“If anyone felt differently they had an obligation to raise that with me. No one, including Jody, did that,” Trudeau added.

The affair could dent Liberal chances in what looks to be a tightly fought election this October.

Wilson-Raybould, who the Globe and Mail said had ignored the pressure to go easy on SNC-Lavalin, was demoted from the justice ministry last month.

In her letter to Trudeau, she stated “many Canadians wish for me to speak on matters that have been in the media” and revealed she had hired a top lawyer to advise her on how much she could say.

The resignation is the second blow for Trudeau in two days over the affair. Independent ethics commissioner Mario Dion said on Monday he was probing possible wrongdoing by top officials.

“This is bigger trouble for the government than almost anything else that has come along so far,” said Richard Johnston, a professor at the University of British Columbia and an expert in public opinion and election.

“Mr. Trudeau’s ethical lapses and his disastrous handling of this latest scandal have thrown his government into chaos,” said Conservative leader Andrew Scheer.

In 2017, Trudeau apologized after the office of the ethics commissioner said he had broken conflict-of-interest laws by accepting a vacation on a Bahamas island owned by the Aga Khan, an Ismaili religious leader.

Wilson-Raybould, 47, appointed justice minister when Trudeau came to power in November 2015, is one of the most prominent aboriginal politicians in federal politics.