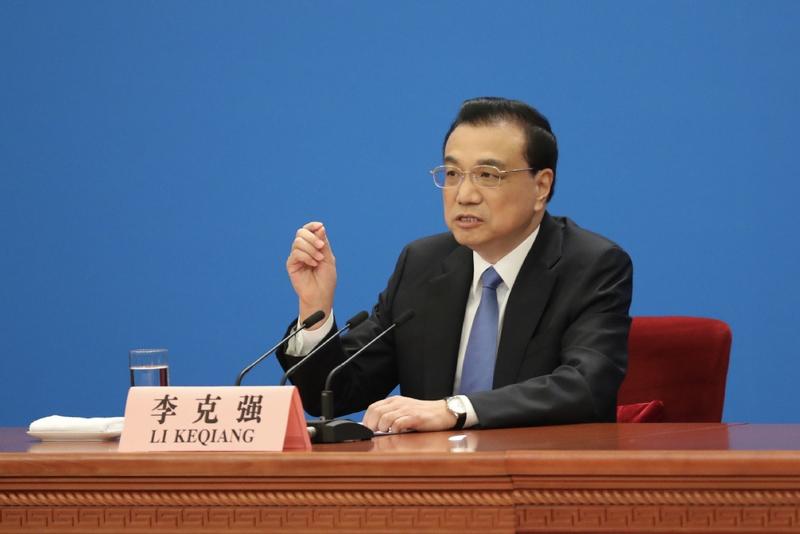 Premier Li Keqiang answers questions of reporters at a news conference for the second session of the 13th National People's Congress in Beijing on March 15, 2019. (KUANG LINHUA / CHINADAILY.COM.CN)

BEIJING - Chinese Premier Li Keqiang said Friday that the country is determined to implement larger scale tax and fee cuts this year as a key countermeasure against downward economic pressure.

Li made the remarks at a press conference after the conclusion of the annual session of China's national legislature.

The move is expected to deliver a dividend of nearly two trillion yuan to the companies, Li said.

"We are going to cut value-added tax rates for manufacturing and other basic sectors, as well as for small and medium-sized companies, the largest providers of jobs in our country, in a meaningful way," he said.

"This will create a more enabling environment for companies and in effect cultivate our tax sources."

Noting that the reform requires exceptional courage and determination, Li said the government must live on a tight budget given the drop in fiscal revenues.

"This is not something taking an overdraft on our future, but nurturing a better tomorrow," he said.

We are not going for monetary easing, but trying to provide effective support to the real economy

Li also said that China's adoption of a GDP target range this year is consistent with the government's determination of not allowing major economic indicators to slide out of proper ranges.

The 6-6.5 percent GDP growth target for 2019 is compatible with the GDP expansion of 6.6 percent achieved last year, Li said, adding that the new target has sent a message of stability to the market.

Li said the downward adjustment of the GDP growth target was made against the backdrop of a slowing global economy, as several international organizations have recently lowered their forecasts for global growth this year.

Li pointed out that a deluge of stimulus is not a viable option as it might work in the short run, but may lead to future problems, and China's choice is "to energize market players to counter the downward pressure."

Li said China has policy room reserved for dealing with possible uncertainties this year such as raising the deficit-to-GDP ratio, or using other instruments like required reserve ratios and interest rates.

"We are not going for monetary easing, but trying to provide effective support to the real economy," Li said. 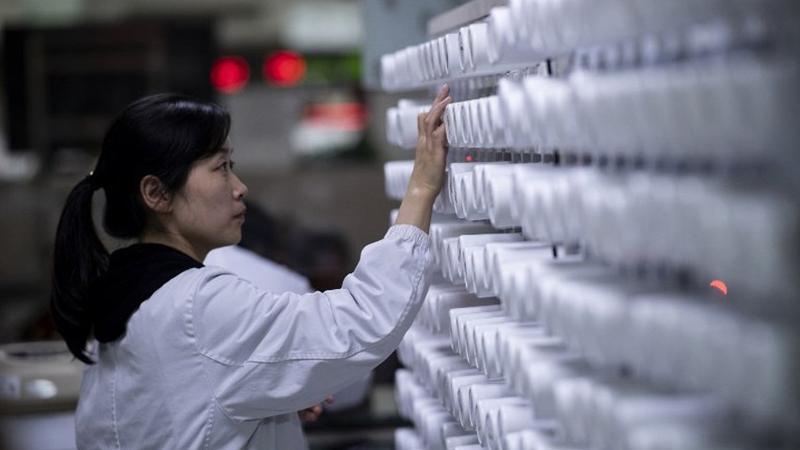 This Nov 7, 2018 picture shows a woman sorting medicine in the pharmacy of the Yueyang Hospital in Shanghai, China. (JOHANNES EISELE / AFP)

"There are still obstacles that constrain growth of domestic consumption. If we can resolve these problems, it will help boost consumption and improve the livelihoods of the people," Li said.

This year's government work report has set the goal to eliminate almost all expressway toll booths at provincial borders within two years. Li said the measure will not only ease traffic congestion, but also help with the growth of related industries and sectors.

"In actual practice, we will endeavor to achieve this goal ahead of schedule," he added.

This year will also see another 20-percent cut in the rates of internet services, which will save an estimated 180 billion yuan for consumers, Li said.

He added that telecommunication service carriers will be required to allow cell phone users switching to other carriers without changing their numbers.

"We also plan to cut the prices of electricity for general industrial and commercial companies by 10 percent this year," the premier said.

Although the business environment in China has notably improved in the past few years thanks to government reform, the improvement still falls short of market expectations, Li said.

"To further improve the business environment, the government will continue to focus on streamlining administrative approvals and delegating power to lower levels, as well as on improving regulation," Li said.

China will ensure that companies of all types of ownership will stand to benefit as equals from the measures of administrative streamlining, he added.

China will continue to push forward the reform and opening up toward greater depth and breadth, pursuing market-oriented and law-based reforms to ensure that concrete outcomes will be delivered through specific actions, he said.

China will further cut the financing cost for small and micro firms by another one percentage point this year, Li said.

No new loans will be made to "zombie companies" which are no longer solvent, and illegal and non-compliant activities will be seriously dealt with, Li said

"We need to encourage financial institutions to enhance their internal management system and provide more services to private companies and to small and micro firms to reduce financing cost," Li said.

China will also pay attention to forestalling systemic financial risks. No new loans will be made to "zombie companies" which are no longer solvent, and illegal and non-compliant activities will be seriously dealt with, according to him.

Li also said China will introduce a series of regulations and documents in accordance with the foreign investment law to protect the legitimate rights and interests of foreign investors.

This is an important thing China is to do in the next step to ensure that the law is implemented smoothly, Li said at a press conference after the conclusion of the annual session of China's national legislature.

China's national legislature on Friday passed the foreign investment law at the closing meeting of its annual session. The law will become effective on Jan 1, 2020.

The law will offer better legal support to the protection and attraction of foreign investment, as well as regulate government behaviors, Li said.

Creation of over 11 million new urban jobs in 2019

The country will ensure the creation of more than 11 million new urban jobs this year, Li said.

Li said the country will work to ensure employment of college graduates, whose number will reach a new high of 8.34 million this year

"In actual practice, our goal is to generate the same amount of job opportunities as we did last year, which is over 13 million," Li said.

Li said the country will work to ensure employment of college graduates, whose number will reach a new high of 8.34 million this year. It will prevent zero-employment families and provide more policy support to companies that hire more people.

The country will encourage business start-ups and innovation to create more job opportunities, he said.

It is to ensure that they will enjoy the same treatment as the mainland people when they work, study, live and do business on the mainland, Li said.

The mainland has previously introduced 31 measures for promoting cross-Straits economic and cultural exchanges, which must be fully delivered, and new measures should be introduced as well, he noted.

"When people on both sides of the Straits enjoy the same development opportunities and come closer to each other, the cross-Straits relationship will grow stronger and make more solid progress," Li said.

He reiterated that the mainland will continue to adhere to the one-China principle and the 1992 Consensus, oppose "Taiwan independence," and promote the peaceful development of cross-Strait relations and peaceful reunification of our motherland.