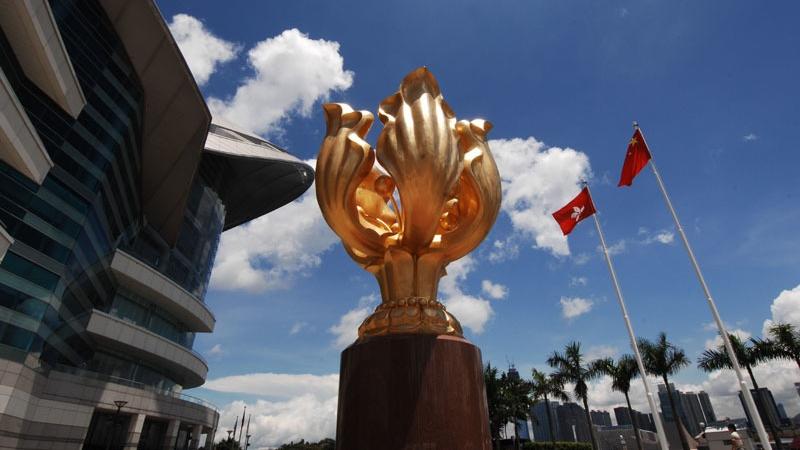 HONG KONG — The Office of the Commissioner of the Ministry of Foreign Affairs of the People’s Republic of China in the Hong Kong Special Administrative Region (SAR) on Saturday expressed strong dissatisfaction and firm opposition against remarks by some US politicians.

It was reported that US Senate Minority Leader Chuck Schumer, Representative Jim McGovern, and a White House official had criticized the recent arrests by Hong Kong police, painting the perpetrators as mere "dissenters", a spokesperson of the office said, adding that they urged the SAR government to immediately drop the charges and threatened a bill on Hong Kong.

Violence is violence, and crime is crime, which cannot be justified by any aspirations

Spokesperson, Office of the Commissioner of the Ministry of Foreign Affairs of the People’s Republic of China in HKSAR

In response, the spokesperson said that the remarks have distorted the truth, condoned the offenders, flagrantly interfered with Hong Kong affairs, which are China's internal affairs, and again revealed the hypocrisy, hegemonic thinking, and prejudice of American politicians. "We deplore and firmly oppose such comments," the spokesperson said.

The spokesperson said that the Hong Kong police have clearly explained the arrests. Violence is violence, and crime is crime, which cannot be justified by any aspirations.

"Would there be any respect for the rule of law and justice left if those who instigated and participated violence and illegal rallies were allowed to go unpunished?" the spokesperson said.

The relevant American politicians have smeared the Hong Kong police's law enforcement efforts in their remarks, and their true aim is to embolden the offenders to continue stirring up trouble and overthrowing the rule of law in Hong Kong, the spokesperson said.

The spokesperson pointed out that Hong Kong is in the direst situation since its return to the motherland. In contrast with the handful of people with hidden agenda, the majority who have a sense of justice will support the SAR government in stopping violence, ending the chaos and restoring order. The future of Hong Kong can only be decided by all Chinese people, including Hong Kong compatriots.

"We are rock-firm in upholding national sovereignty, security and development interests, and maintaining prosperity and stability of Hong Kong. The Chinese people will never be frightened by any threats or intimidation," the spokesperson said.