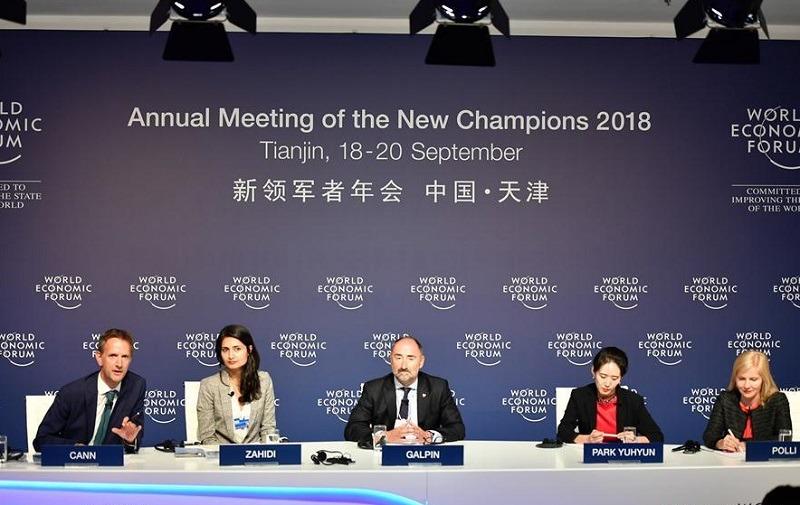 A press conference on "the Future of Jobs Report" is held during the Summer Davos Forum held in Tianjin, north China, Sept 19, 2018. (LI RAN / XINHUA)

TIANJIN - The just concluded Summer Davos in Tianjin has seen a stronger sense of global community building, with participants engaging in cross-cultural, cross-industry and trans-regional talks.

Wherever participants gathered over the past three days, be it an innovator hub, ideas lab, exhibition booth, beta zone or studio, inclusiveness and open attitudes have kept conversations flowing even when there are competing ideas involved.

In a panel discussion over the future of artificial intelligence (AI), some panelists hailed a world where AI applications could empower the less capable to access better healthcare and improve finance and education, others, however, paid more attention to the negative side, such as the misuse of data.

At a time when data have become the oxygen for machine learning or AI, an alarm was sounded by the panel over the balance between anonymity and open access and other ethical issues.

Jack Ma, founder and executive chairman of Alibaba, said at the meeting that the fourth industrial revolution would sweep all sectors in an increasingly faster speed and make a greater impact on everybody in every sector.

"People worry about lots of different things, and such worries will make our society even more anxious. Facing them head-on with positive thinking would be better," he said.

Ma gave credit to Klaus Schwab for devoting so much time to making the World Economic Forum (WEF) "a feast of ideas" to provide insight on how the world is changing and what the world's future will hold.

At the meeting, Schwab announced that the WEF would open a Center for the Fourth Industrial Revolution in China and integrate it into its Beijing Representative Office to promote global technology cooperation.

Eleven years after it was established by the WEF, the Summer Davos Forum has seen its influence ever growing. This year, a record high of more than 2,000 elites from business, academia, and governments attended the Tianjin event to brainstorm a number of frontier issues from Tuesday to Thursday.

With about 200 sessions, the forum has been as hectic and informative as ever and covers a broader scope of issues from factories of the future, digital enterprises, the internet of things, smart drugs, mapping the brain to the virtues and vices of a digitally connected society. 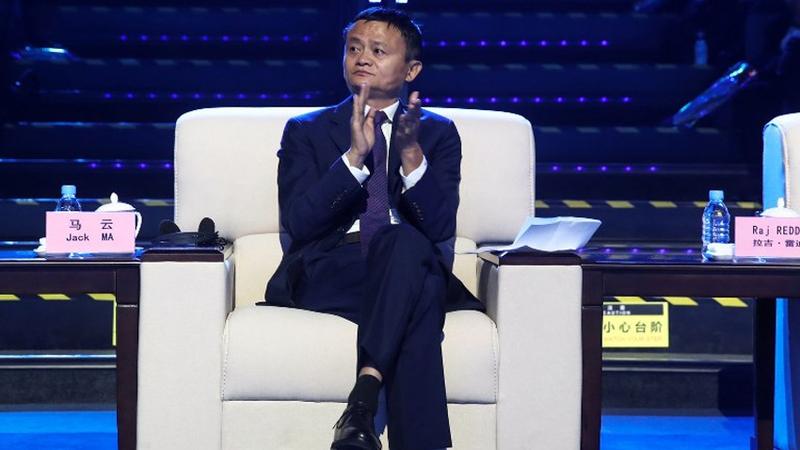 Knowledge-sharing has been an important part of the event. For instance, a second-generation European coffee grower can easily consult with an African entrepreneur specializing in smart tractors about how to equip farmers with blockchain technology to improve productivity and increase the transparency of farm produce trade in international markets.

In another discussion, overseas panelists exchanged views with Chinese researchers about the possible impact of the Belt and Road Initiative on human mobility and migration patterns as well as the key challenges facing relevant projects, especially regarding sustainable financing, ethical investing and transparency.

"We are meeting here at a time when the world is at a crossroads of either being consumed by tensions and conflicts or being able to shape its future through innovative, inclusive and collaborative efforts for which we aspire here in Tianjin to be a role model," said Schwab, founder of the WEF.

He said that the fourth industrial revolution, characterized by unprecedented interconnectivity, would systemically make the world even more so, and not less global.

"This means we need more globalization, not less," he said.

When addressing the audience at the Nankai University of Tianjin, Schwab stressed the need to shape a new framework for global cooperation.

"We need a renewed sense of common interests and values to encourage people and states to accept common rules in engaging with one another. We need agreements, to protect the oceans for example, which address the challenges of the global community," he said.  "In a multi-polar world, such agreements cannot just be imposed by the most powerful countries any more. To ensure both efficacy and legitimacy, they must be both co-designed and co-created."

When addressing the opening plenum, Premier Li Keqiang commended the Summer Davos Forum for "the forward-looking insights" it had contributed to "the quest for new pathways and engines for global growth and transformation."

"As no one can thrive on his own in the new industrial revolution, we must draw on each other's comparative strengths and act together to nurture and promote innovation for shared benefits," Li said.

Dai Wenyuan, founder and CEO of the Fourth Paradigm Data and Technology Company, said the forum offered a valuable platform for exchanges.

"Technical advancement during the Fourth Industrial Revolution would be results of global cooperation. It would be hard to distinguish them by countries," he said.