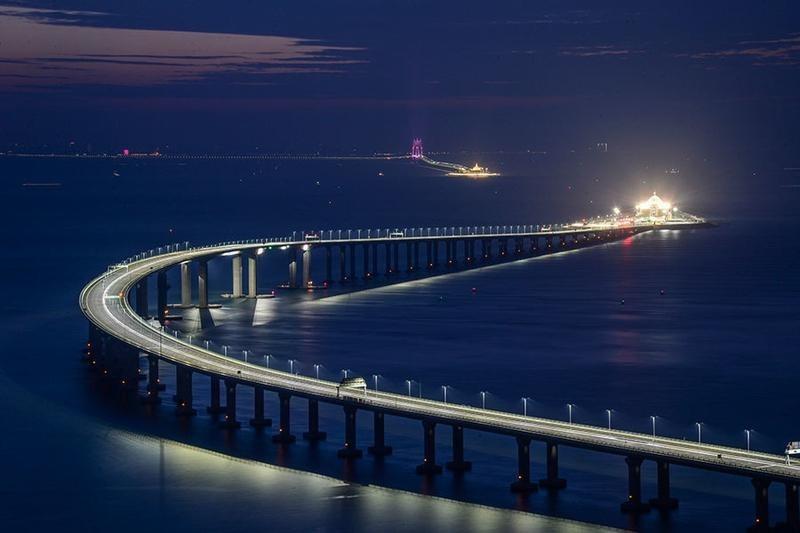 A semblance of calm and order has returned to Tung Chung — the new town on Lantau Island that has borne the brunt of the disruptions to local residents caused by the  sudden influx of huge numbers of mainland tourists following the opening of the Hong Kong-Zhuhai-­Macao Bridge (HZMB) last month — after the city’s travel industry watchdog moved to ease the chaos.

The Travel Industry Council of Hong Kong, which serves to protect the interests of travel agents, launched a threemonth scheme starting Friday, requiring mainland tour  groups entering the city via the mega bridge on one ­day shopping tours to register with the council before bringing tourists to the city.

The measures, along with other steps implemented by the special administrative region government, are aimed at ridding the chaotic conditions reported at Tung Chung, which is nearest to the HZMB checkpoint on Lantau, after residents complained that the area had been swamped with tourists, purportedly brought in by illegal mainland tour operators, after the mega bridge opened on Oct 23.

The town’s landmark square in front of the Tung Chung MTR station looked less crowded on Sunday than previous weekends, with no confrontations reported between local concern groups and tourists.

Chief Secretary for Administration Matthew Cheung Kin­chung said after a series of measures announced recently, feedbacks from Tung Chung residents showed that the overall situation is on the mend.

On top of the measures, the SAR government will strengthen collaboration with Guangdong  provincial authorities in resolving the problem, while Hong Kong police and the Immigration Department are seeking legal advice from the Department of Justice on the possibility of prosecuting those involved in potential illegal activities.

The improved situation comes as the number of tourists entering and leaving Hong Kong via the HZMB continues to climb. According to Immigration Department statistics, a total of 92,878 travelers entered or left Hong Kong via the bridge’s Hong Kong Port up to 8 pm on Sunday — up 12 percent on the same period last week.

According to the TIC’s new guideline, local travel agencies, in collaboration with mainland tour operators, have to confirm with the watchdog their working relationship with mainland agencies in providing services to designated tour groups to Hong Kong.

Tour groups are required to display their registration number prominently on coaches to facilitate inspections by TIC staff.

This is in accordance with the council’s regulation that tour groups to Hong Kong must be received by a local ground operator.

Despite the improvement, local legislators have urged the Hong Kong government to make new arrangements to deal with the influx of tourists using the HZMB.

Roundtable lawmaker Michael Tien Puk­sun proposed that a massive mall be built to the east of the bridge’s artificial island, which is designed to connect the superstructure with a tunnel, both for sightseeing and to allow visitors to shop.

This would enable many mainland tourists to come and do their shopping without having to enter Hong Kong, he said.