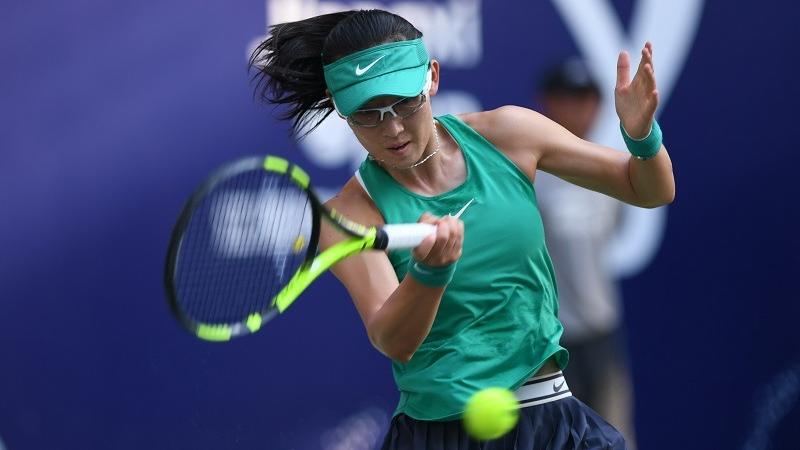 WASHINGTON - China's Zheng Saisai lost to Kristina Mladenovic of France in the first round of the BNP Paribas Open held in Indian Wells, California on Thursday.

Zheng, ranked 39th in the world, played some solid tennis in the opening set before losing at 7-5, 6-2 in one hour and 34 minutes

Zheng, ranked 39th in the world, played some solid tennis in the opening set before losing at 7-5, 6-2 in one hour and 34 minutes.

"There were ups and downs in the first set. I had some momentum where I was executing perfectly and things seemed easy. Other moments, I was rushing too much and making mistakes. I had a few bad volleys that cost me a break back, but I kept fighting, executing the plan," said Mladenovic.

"I had two set points to save because I was thinking about how, if I didn't make them, I'd be one set down, so I played two really good points, managing well and playing bravely on the second set point in particular. I was just fighting in the first set to find that balance between being aggressive and not rushing too much."

Coming up next for the Frenchwoman will be world No. 1 and defending BNP Paribas Open champion Naomi Osaka of Japan.

Zhu Lin fought hard in full sets but lost to Mona Barthel from Germany in the first round of the BNP Paribas Open held in Indian Wells.

Zhu, who had to play two more games to qualify for the main draw, pushed her German opponent to the corner by battling for two hours and 27 minutes in the match. 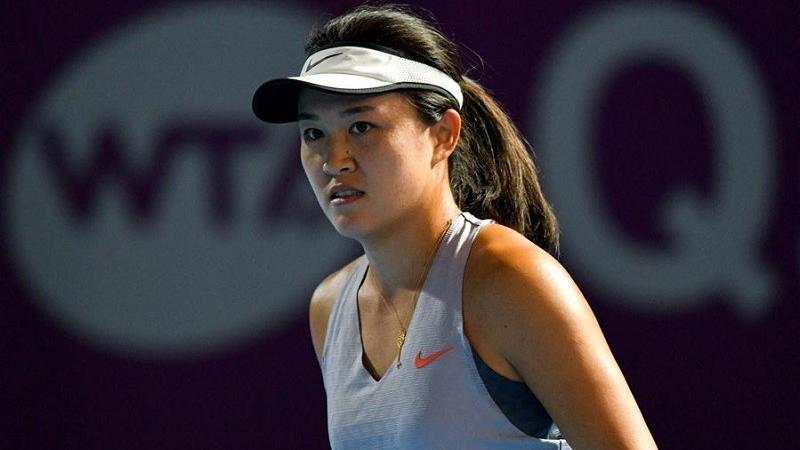 Zhu Lin of China reacts during the final qualifications round against Alison Riske of the United States at the 2019 WTA Qatar Open in Doha, Qatar, on Feb 11, 2019. (NIKKU / XINHUA)

Zhu lost the first set, but clawed back to tie the match by winning a second set tiebreak. However, Barthel was the one who called the shots in the deciding third set.

With the victory, Barthel improved her head-to-head record against Zhu to 2-0.

Zhang Shuai and partner Stosur bow out of women's doubles

Zhang Shuai and her Australian partner Samantha Stosur lost to Kiki Bertens of the Netherlands and Donna Vekic of Croatia in the first round of the BNP Paribas Open.

Zhang and Stosur, who together won the Australian Open women's doubles title, lost to their opponents 7-6(3), 7-5 in one hour and 26 minutes.

Zhang and Stosur, seeded sixth in the tournament, made more unforced errors compared to their opponents and dropped some big points when it mattered.

Stosur also lost in the first round at the women's singles event while Zhang reached the second round.

The BNP Paribas Open will end on March 17.