​US imposes new Iran sanctions, but waives others 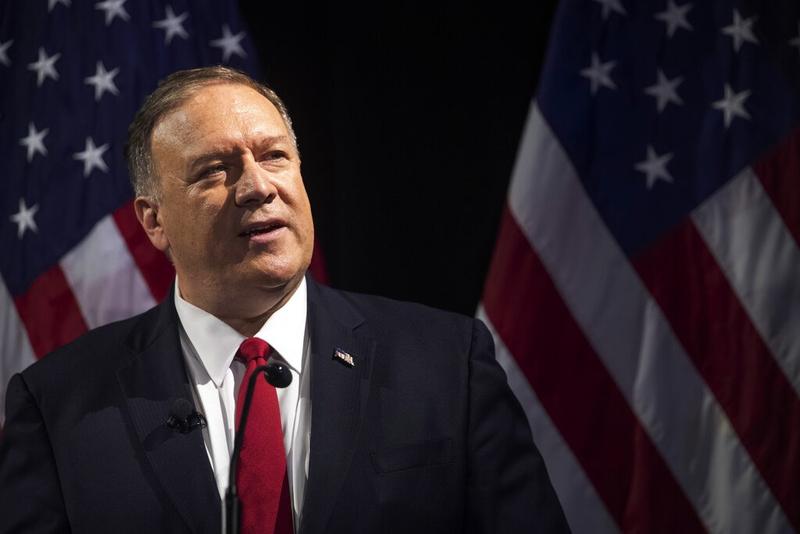 WASHINGTON — The United States said on Thursday it had imposed sanctions on the Iranian construction sector and trade in four materials used in its military or nuclear programs, even as it waived sanctions to let foreign firms continue non-proliferation work in Iran.

The decisions announced by the US State Department reflect an effort to increase pressure on Iran by putting wider swaths of its economy under sanctions, while leaving a door open to diplomacy by allowing work to proceed at Iranian nuclear facilities that makes it harder for Iran to develop a nuclear bomb.

The decisions announced by the US State Department reflect an effort to increase pressure on Iran by putting wider swaths of its economy under sanctions, while leaving a door open to diplomacy by allowing work to proceed at Iranian nuclear facilities that makes it harder for Iran to develop a nuclear bomb

President Donald Trump's administration last year pulled out of the 2015 nuclear deal in which Iran agreed to limit its nuclear program in return for the lifting of sanctions that crippled its economy.

The administration has since restored and tightened US sanctions to try to force Iran to negotiate a broader deal that would also limit its ballistic missile program and regional activities.

READ MORE: Iran asks UN to push back against US sanctions on Zarif

As a result, the sale of raw and semi-finished metals, graphite, coal, and software for integrating industrial purposes will be sanctionable if the materials are to be used in Iran's construction sector, the department said in a fact sheet.

In a second determination, Pompeo identified four "strategic materials" as being used in connection with nuclear, military, or ballistic missile programs, making trade in them subject to sanctions.

In a separate statement, State Department spokeswoman Morgan Ortagus said the determinations gave Washington the ability "to prevent Iran from acquiring strategic materials for the IRGC, its construction sector, and its proliferation programs."

Reuters reported on Wednesday that the United States planned to allow Russian and European companies to continue work at Iranian nuclear facilities to make it harder for Iran to develop a nuclear weapon.

The Trump administration would let the work go forward by issuing waivers to sanctions that bar non-US firms from dealing with the Atomic Energy Organization of Iran (AEOI).

A source familiar with the matter said on Thursday that the State Department had indeed renewed the waivers for 90 days.

The waivers also cover support for Iran's existing nuclear reactor at Bushehr, the provision of enriched uranium for the Tehran Research Reactor and the transfer of spent and scrap nuclear fuel out of Iran, the source added.

When Trump abandoned the 2015 nuclear deal last year, he began a "maximum pressure" campaign designed to force Iran to return to the negotiating table.

Iran has demanded the United States first resume complying with the 2015 deal. France has sought to bring the two into talks but has so far failed, suggesting neither is willing to abandon core elements of policy - the US belief that pressure will bring Iran to its knees, and Iran's refusal to capitulate to US duress.