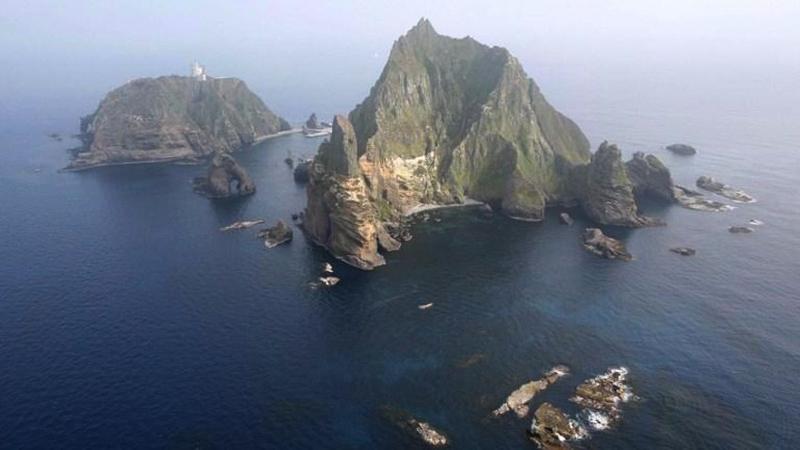 This July 14, 2008 aerial picture shows the Dokdo islets, called Takeshima in Japan, in the East Sea (the Sea of Japan). (KOREA POOL REPUBLIC OF KOREA OUT / AFP)

Seoul's foreign ministry spokesman Noh Kyu-duk said at a press briefing that it was very regrettable as Japan revised educational materials for high school students which intensify its claim over Dokdo islets.

Noh urged the Japanese government to immediately retract the amendment, saying it is an act to give up a chance to repent over its past wrongdoings and move toward a new future by teaching future generations materials based on a wrong perception of history.

The Japanese government amended the guideline for teachers on how to teach students history, which influences the publication of history textbooks.

Japan has laid territorial claims over the islets, but South Korea saw it as the lack of Japan's repentance over its past wrongdoings during the 1910-1945 colonization of the Korean Peninsula.

The rocky outcroppings, which had been incorporated into the Japanese territory during the colonization era, was returned back to South Korea after the liberation in 1945.

Noh said the South Korean government will never tolerate any provocation against Dokdo.

The foreign ministry called in Kohei Maruyama, a minister at the Japanese embassy in Seoul, to formally convey a protest message to the Japanese government.