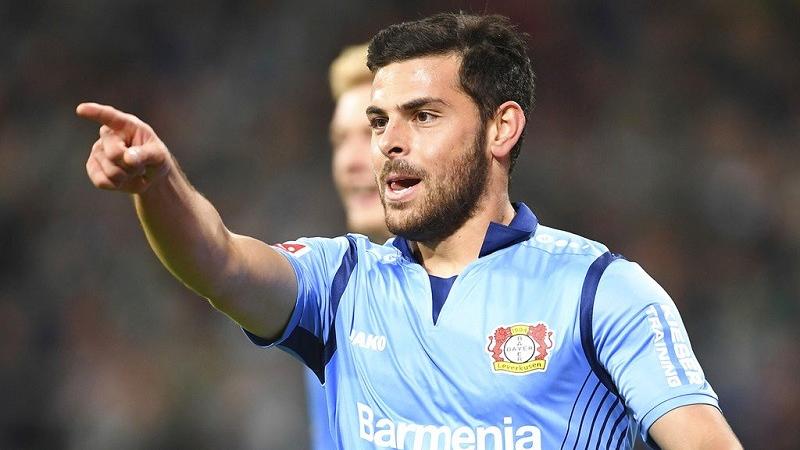 Leverkusen's Kevin Volland celebrates after scoring his side first goal during the German Bundesliga soccer match between Werder Bremen and Bayer Leverkusen in Bremen, Oct 28, 2018. (CARMEN JASPERSEN / DPA VIA AP)

BERLIN - Bayer Leverkusen eased the pressure on coach Heiko Herrlich with a 6-2 win at Werder Bremen, denying the hosts the chance to go second in the Bundesliga on Sunday.

Kevin Volland fired the visitors into an early lead but Bremen coach Florian Kohfeldt was incensed as his team failed to be awarded a throw-in before the goal. Instead, Leverkusen was awarded the ball, Julian Brandt sent Bellarabi through on the right and the winger crossed for Volland to score from close range. There was no intervention from the video referee.

Bremen was shocked minutes before the break when Bellarabi set up Brandt and then scored himself on a counterattack. Bellarabi also struck the post before coming off early in the second half. 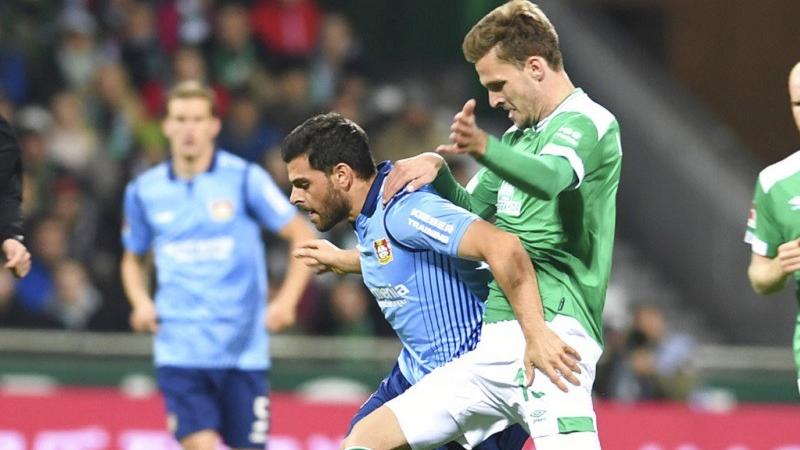 Bremen was given hope of a comeback, however, when the 40-year-old Claudio Pizarro, brought on as a halftime substitute, pulled one back on the hour mark, three minutes before Yuya Osako scored to make it 3-2.

Osako's goal was initially ruled out for offside, but the ball came off a Leverkusen defender and it was awarded by VAR.

Kai Havertz silenced the majority of the 40,000 fans at the Weser-Stadion with a chip over the goalkeeper in the 67th. Aleksandar Dragovic then made it 5-2 and Leverkusen missed further chances as Bremen's defense collapsed.

The home side's miserable evening was completed with an own-goal from Sebastian Langkamp in the 77th.

Elsewhere, Sebastien Haller struck in injury time to salvage a 1-1 draw for Eintracht Frankfurt at promoted Nuremberg, and Schalke's frustrating season continued in a 0-0 draw at Leipzig. Schalke, which finished second last season, is just one point above the relegation zone with only two wins from nine games.