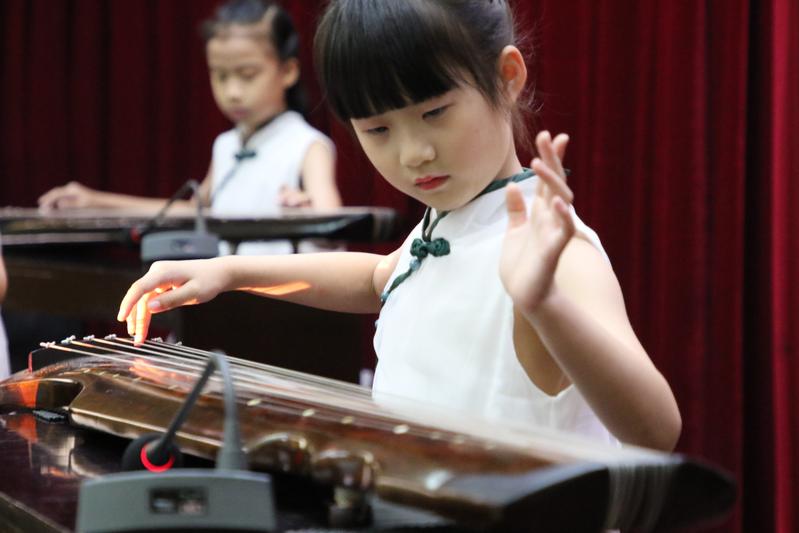 The Suzhou Culture and Tourism Festival, which started on Aug 24, is showcasing 22 performances of 18 theater productions, arts-and-crafts exhibitions that reflect the cultural characteristics of the city, and public and educational events through September.

"My ambition is to make the best instrument I can, and hopefully it will survive after I pass away."

A guqin (traditional zither) concert will be held at the Jinji Lake Concert Hall on Sept 24. Masters of the intangible heritage will present repertoires developed over centuries.

While the Yangtze Delta region in general is recognized as a center of guqin culture in China, Changshu, a county-level city under the jurisdiction of Suzhou, Jiangsu province, is the official hometown of this music. The art was inscribed by UNESCO as an Intangible Cultural Heritage of Humanity in 2008. Changshu was named by the Ministry of Culture as the hometown of guqin the same year.

Today, guqin is widely taught and played in Changshu, and programs are held in such local schools as the Shimei Primary School. It is popular at educational centers for the elderly, too.

Wang Feng, a veteran guqin educator, performed alongside her students at a summer roundup recital in Changshu on Aug 29. Among her students are children as well as grown-ups.

"Some have come from Yunnan province in southwestern China, and there used to be students from Japan and the United States," she says at the Museum of the Yushan School of Guqin Art in downtown Changshu.

Children usually start at the age of 6 or 7, when their fingers are firm enough to pluck the strings, which are traditionally made of silk and now steel, she says. The strings were changed to steel in the 1960s and helped guqin to produce louder sounds and stronger expressions.

Learning to play helps children to concentrate, and improve patience and discipline. Also, the practice helps to introduce classical Chinese art and literature to children at a young age. Wang says she has found that the number of adult learners is also growing. 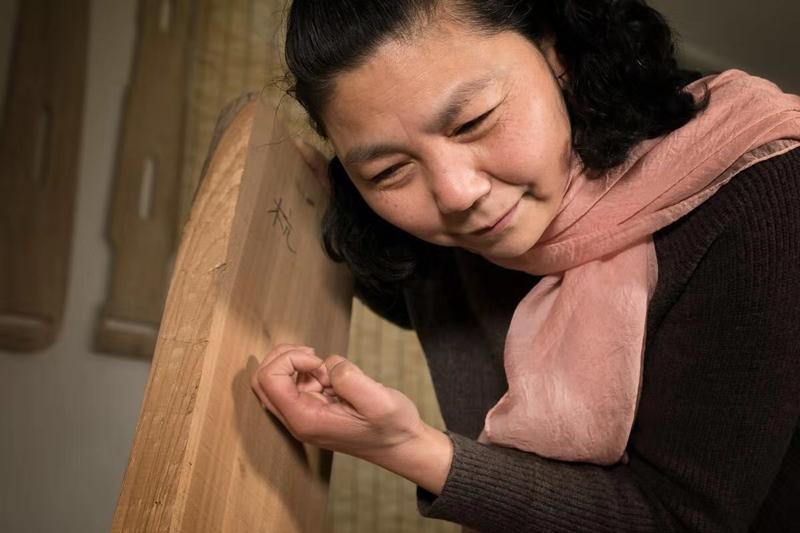 Ji Lijuan, a guqin player and maker, shows how she selects wood and makes the instruments. (PHOTO / CHINA DAILY)

Over the past few years, culture clubs have mushroomed all over the country, where tai chi, calligraphy, ink painting, tea ceremonies and other traditional arts and crafts are practiced. Guqin is a popular subject. However, it is difficult for adults to master the techniques.

"They have too many errands to run. They're too busy with work and have too many distractions. They often give up after awhile," Wang says.

The process of creating a guqin is shown at the Yushan museum. The instrument consists of a sound box made using two pieces of wood－usually cedar on the top and catalpa on the bottom. Simple as it sounds, the characteristics of the sound are achieved through the quality of the wood and interior structure.

That is why "you can buy a basic-level instrument mass produced in factories, but instruments handmade by master artisans can cost more than 100,000 yuan," Wang says.

Ji Lijuan is a guqin player and maker. She's a founding member of the new Yushan School of Guqin Art (started in 1984) and is dedicated to the techniques of making the instrument. Her studio sits at the foot of the Yushan hills in Changshu.

"We use old wood, because after decades of aging, the structure is stable and reliable," she says.

Each guqin has a "personality", and experienced musicians have special preferences that can't be satisfied through standard mass production, she adds.

"My ambition is to make the best instrument I can, and hopefully it will survive after I pass away," she says.

It is said that guqin playing was introduced to Changshu in the the Warring States Period (475-221 BC).

It's an instrument that represents the aesthetics of ancient Chinese literati. Guqin playing was an elite art practiced by intellectuals for its refinement and subtlety.

Yan Yan, one of the 72 disciples of Confucius, returned to his hometown at the foot of the Yushan hills, which later became known as Changshu. He shared with his own disciples what he had learned from Confucius, and guqin music was an important part of his teachings. Since the 17th century or so, Changshu was also known as Qinchuan, because seven streams used to run through the town, like the seven silk strings of a guqin.

The recorded heritage of guqin playing in Changshu dates back to the early 17th century. Yan Tianchi (1547-1625) was the most representative master. He and Xu Qingshan (1582-1662) founded the Yushan school of music, which carried on the guqin tradition in the region and developed a distinctive style that scholars later described as "peaceful and immense, clear and distant", and praised its emphasis on aesthetics and the "emotional expression of music". 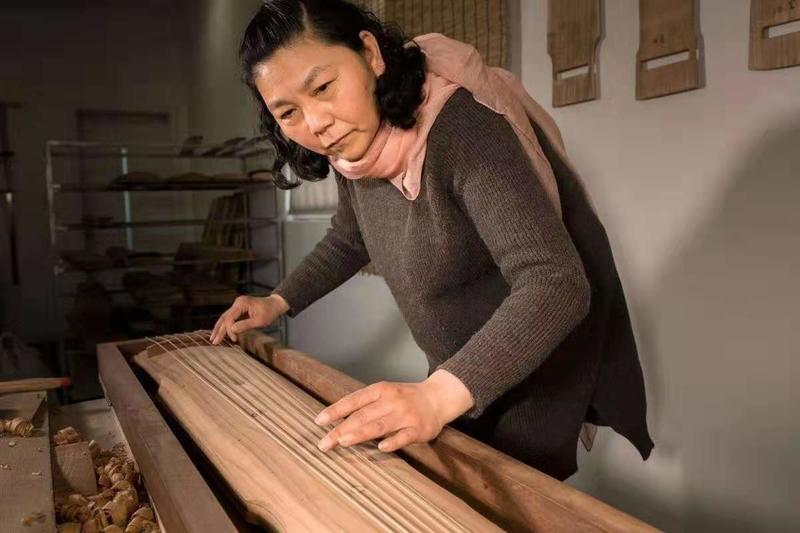 Ji Lijuan, a guqin player and maker, shows how she selects wood and makes the instruments. (PHOTO / CHINA DAILY)

Following the introduction of Western culture and urban lifestyles in the Yangtze River Delta area in the early 20th century, Chinese scholars rediscovered guqin and the traditional values it contained in their pursuit of spiritual connections. In Shanghai and Suzhou, 28 guqin artists, led by Zha Fuxi, founded the Jinyu Guqin Society in the hope of reviving the aesthetics of the Yushan school in the modern age.

For more than 1,500 years, guqin music was written with a tablature in which each tuning, finger position and stroke technique is clearly defined.

Wu Jinglue (1907-87) was the first musician to transform the traditional tablature into stave. Wu was an active member of the Jinyu Guqin Society since the 1920s and became a professor at the Central Conservatory of Music in Beijing in 1956. As a researcher and educator, Wu compiled the first modern textbook on the guqin in four volumes and transcribed more than 40 pieces of classical guqin music into stave.

Changshu has put emphasis on the inheritance and promotion of guqin art since the early 2000s. In 2002, Changshu opened the first test center for guqin playing, which has since become one of the largest in the country. It receives hundreds of players a year. In 2005, a museum dedicated to the Yushan school was established.