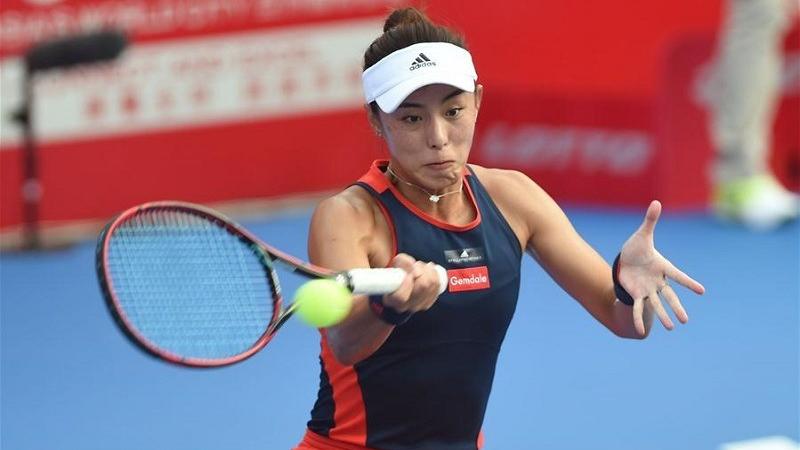 WASHINGTON - No.18 seed Wang Qiang of China reached the quarterfinals of the Miami Open for the first time in her career with a straight-set victory over compatriot Wang Yafan on Monday.

Wang Qiang needed one hour and 45 minutes to overcome Wang Yafan 7-5, 6-4 in the fourth round match.

Wang Qiang advances to the quarterfinals at a Premier Mandatory event for the second time in her career, having reached the final four on home soil at the China Open last fall.

Wang Qiang advances to the quarterfinals at a Premier Mandatory event for the second time in her career, having reached the final four on home soil at the China Open last fall

Wang Qiang also continued her mastery of her compatriot with the victory, sealing a sixth win in seven career matches against Wang Yafan, and broke her 24-year-old compatriot twice in each set to earn victory.

The beneficiary of a walkover from Serena Williams in the previous round, Wang Qiang showed no signs of rust despite not having stepped on court in the third round.

Despite being the first of the two players to lose serve in the seventh game of the opening set, the 27-year-old world No.18 hit back immediately in the eighth game.

Wang Qiang then took another break in the final game to seal the first set.

The second set unfolded in similar fashion, with Wang Yafan breaking first, this time in the first game. However, just as she did in the opening set, Wang Qiang broke straight back, and scored the match's decisive break in the 10th game.

In four previous meetings with the Dane, Hsieh had won just one set, but they had not played since the 2015 Kuala Lumpur semifinals. Now the 33-year-old Hsieh has become an upset artist, also beating world number one Naomi Osaka from Japan in previous round at Miami. 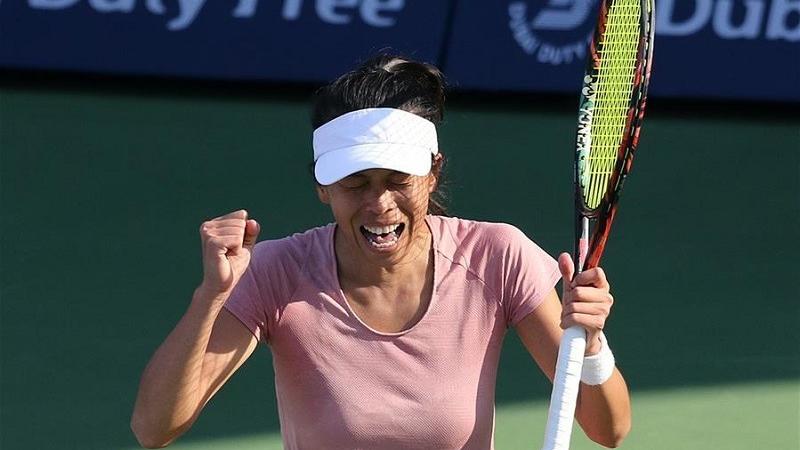 Last month, a run of upsets to the Dubai semifinals sealed Hsieh's biggest ever run at a Premier 5 event, and now she's proving herself at an even higher level.

Hsieh started the match strongly with an early break, but Wozniacki broke back to level the scores. the 33-year-old Hsieh combined clever lobs and wrong-footing groundstrokes to make her opponent run all the time. In the 7th and 9th games, Hsieh broke Wozniacki to take the opening set.

Wozniacki began the second set more positively, storming to a 3-1 lead. But once again, Hsieh was able to find another level and reel off four of the next five games. In the tiebreak, Wozniacki won seven straight points to take the set.

In the deciding third set, Hsieh took control of the game and broke twice to take a 4-0 lead. After that, Hsieh never looked back. In the set, Hsieh once again demonstrated her idiosyncratic use of touch and finesse, including unbelievable dropshot and angled volley.

Hsieh will in the quarterfinals take on Estonia's Anett Kontaveit, who's seeded 21st in the event.