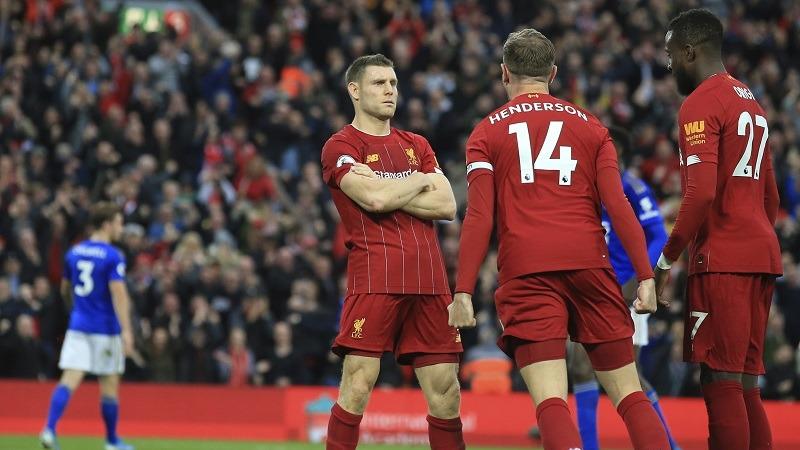 Another victory for Liverpool thanks to the latest of goals. Another demoralizing loss for Tottenham thanks to an early - and painful - goalkeeping blunder.

Liverpool won a 17th straight game in the Premier League - and moved one off the record set by Manchester City in 2017 - by beating Leicester 2-1 at Anfield, with James Milner converting a penalty in the fifth minute of stoppage time.

"Without luck, we cannot win the amount of games we have won," said Liverpool manager Jurgen Klopp, who let out a roar, punched the air and cupped his ears to the jubilant home crowd after a goal that sealed an eighth win in a row to open this league campaign.

Without luck, we cannot win the amount of games we have won

Seeking a first top-flight title since 1990 and a 19th in its history, the Reds moved eight points clear of second-place City, whose game in hand is at home to Wolverhampton Wanderers on Sunday.

Four years and a day since he was fired by Liverpool, Brendan Rodgers returned to Anfield with Leicester and looked like becoming the first coach since his predecessor, Claude Puel, to prevent the Reds winning at home in the league. That was in January, while Liverpool last failed to win a match home or away in March.

Yet Leicester substitute Marc Albrighton ruined his team's strong display by fouling Sadio Mane in the area, three minutes into injury time. After a delay for a VAR check, Milner held his nerve from the penalty spot.

"We had to dig deep and find the points - the boys have done it time and time again," Milner said. 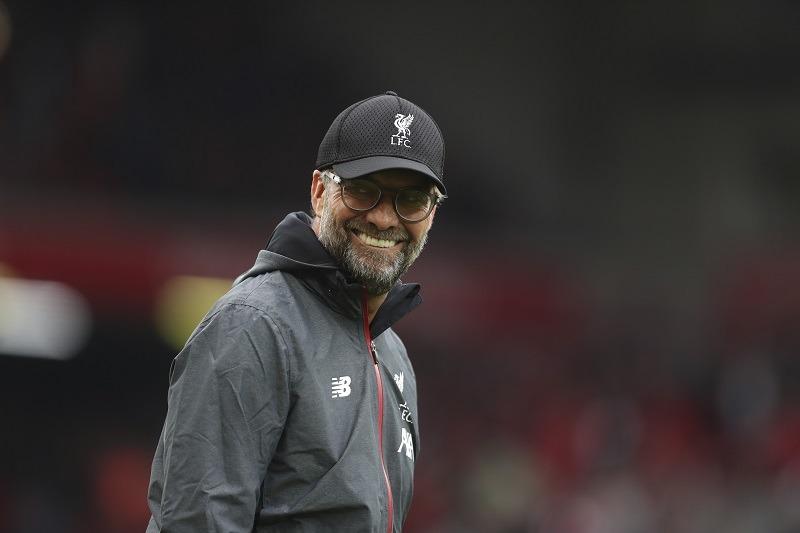 Mane put Liverpool ahead with his 50th Premier League goal for Liverpool in 100 appearances, before James Maddison equalized in the 80th minute.

While it couldn't be going any better for the European champions, the team they beat in last season's Champions League final is struggling badly four months later.

Tottenham followed up a 7-2 midweek loss to Bayern Munich in the Champions League - the biggest home defeat in the club's 137-year history - with its heaviest Premier League loss in nearly two years, 3-0 at lowly Brighton.

Tottenham conceded the opening goal in the third minute, after goalkeeper Hugo Lloris dropped the ball on his own goal line and fell back to the ground, seriously hurting his left elbow and requiring a trip to the hospital. Tottenham later said Lloris sustained a broken elbow but would return home on Saturday night.

Under-pressure Spurs manager Mauricio Pochettino acknowledged he was going through the toughest period of his 5 1/2 years in charge of the London club, but said: "Now is a moment to be strong." 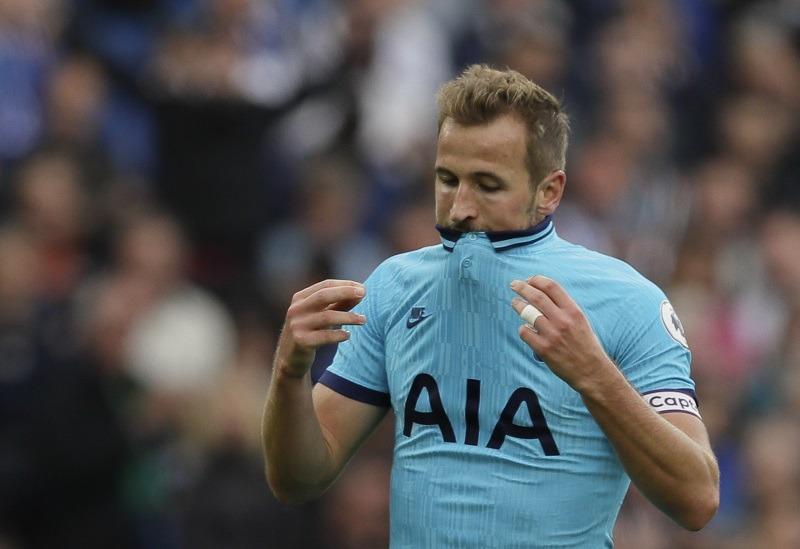 Aston Villa put on a show for its most famous fan.

Britain's Prince William - second-in-line to the throne and also a big Villa fan - was in the stands at Norwich's Carrow Road stadium with Catherine, Duchess of Cambridge, and their children to watch Villa win 5-1 - its biggest victory since returning to the top flight.

Josip Drmic scored a late consolation for Norwich, which has lost five of its last six league games to slip to third-to-last place. 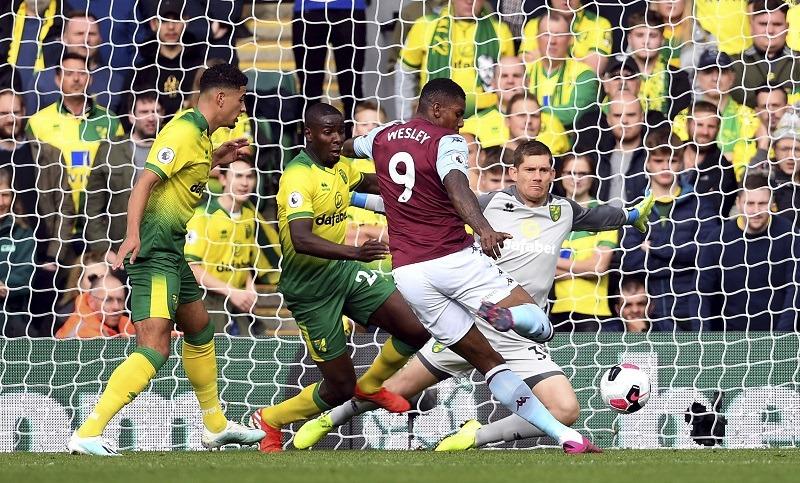 Everton fans might be starting to turn on the team's manager, Marco Silva

"The details are playing against us," Silva said after seeing his captain, Seamus Coleman, get sent off in the 56th for two bookings and then Burnley score in the 72nd through Jeff Hendrick.

Silva, who remonstrated with the referee after the final whistle, oversaw the spending of more than 100 million pounds (US$120 million) on new signings in the offseason to continue Everton's unprecedented outlay over the past three years.

Last-place Watford remained without a win heading into the second international break of the season after drawing 0-0 at home to Sheffield United. Andre Gray missed an open goal for Watford early in the game.