Afghan cricket, the Taliban and peace 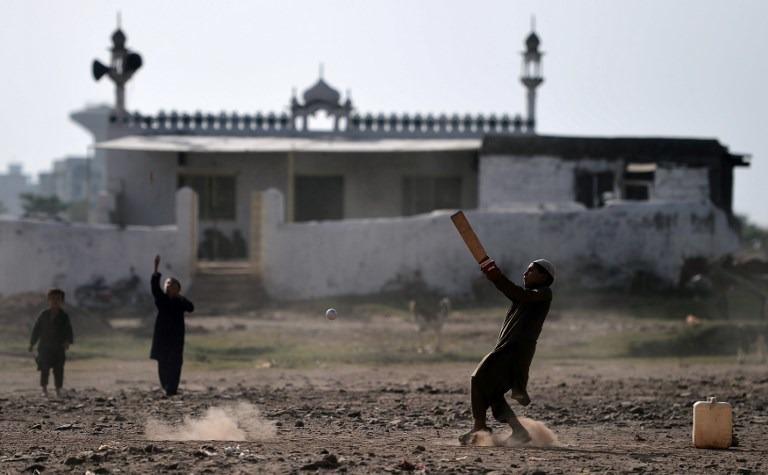 JALALABAD, Afghanistan — During a lull in Afghanistan’s never-ending war, before the fighting season resumes once again in the spring, Taliban fighters recall laying down their Kalashnikovs and, for a brief moment, enjoying a game of cricket.

The sport is the only one most of the fighters enjoy, commanders say, with matches attracting hundreds of spectators from Taliban-controlled villages when there is no fighting. They are also fans of the increasingly successful national team.

“I love cricket,” said Mullah Badruddin, a Taliban commander in Khogyani district of Nangarhar, on the border with Pakistan, where a tournament organized by the militants at the start of last winter drew large crowds.

“When Afghanistan play against another team, we listen to the radio with great interest and we also check for scores in social media and follow those in Facebook who give live updates,” he told Reuters by telephone.

First played in Afghanistan by British troops in the 19th Century, the game was adopted by Afghans in the refugee camps of cricket-loving Pakistan, where more than 3 million fled a Soviet invasion and civil war in the 1980s and 1990s, and has since made huge strides in the country, particularly among ethnic Pashtuns in the eastern border provinces.

Taj Malook Khan, who helped set up the Afghan Cricket Club in Kacha Gari refugee camp outside the Pakistani city of Peshawar in the 1980s, and a small group of players used to cross into Afghanistan during the 1990s Taliban era to play and promote cricket.

The Taliban had banned games such as cricket and football in the early years of their austere rule because they believed they kept men away from prayers, according to former national cricketer Hasti Gul, but later became more tolerant of cricket.

From there, despite at least two attacks in the past couple of years on cricket matches claimed by the ultra radical Islamic State group, the game now rivals football for popularity in a country that has long been cut off from international sport.

Admitted as a full member of the International Cricket Council in 2017, Afghanistan won its first five-day Test match against Ireland last month after making steady progress in the lower levels of the international game.

However it is in the dynamic, shorter form of the sport that Afghans have had most impact.

Players such as spin bowler Rashid Khan or big hitting batsman Mohammad Nabi Esakhil have become undisputed stars of the Indian Premier League (IPL), the razzle-dazzle showcase of so-called T20 cricket, the 12th season of which has just got under way.

Despite the Taliban’s former suspicion of organized sports and their opposition to much of the transformation in Afghanistan since their hardline Islamic regime was toppled in 2001, many of the mainly Pashtun movement’s fighters are fans.

Unlike football, which offends the sensibilities of some very conservative Muslims because it is normally played in shorts, cricket is played in long sleeves and trousers, in line with traditional dress codes. It also bears some resemblance to traditional Afghan children’s games involving throwing and using sticks to hit smaller sticks or balls.

Karim Sadiq, a former batsman in the national team and an early pioneer of the sport who visited some Taliban-controlled areas in eastern Afghanistan this year, said he was mobbed by fighters asking about the game and their favorite players.

A video clip he shot on his mobile phone shows dozens of Taliban, many with Kalashnikov automatic rifles slung across their shoulders, dissecting the quality of the team.

“I like all the players but my favorite is Rashid Khan Arman,” says one fighter, referring to the young spin bowler who stars for the Afghan national side and IPL’s Sunrisers Hyderabad. “His bowling is amazing.” 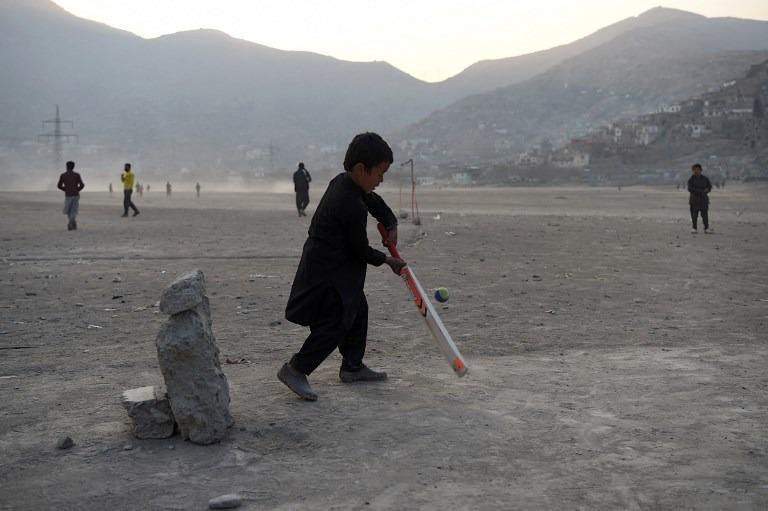 Hazrat Gul, Young cricketer in the eastern city of Jalalabad

With the approach of the cricket World Cup in England and Wales from May to July, Afghanistan’s hopes of making a dent in the tournament are higher than they have ever been, even if few give them a chance against giants of the game such as India, Australia or England.

“We have a very strong team and my dream is Afghanistan bring the World Cup home,” said Hazrat Gul, a young cricketer in the eastern city of Jalalabad, as he prepared to play a friendly match against a team from neighboring Kunar province.

As peace talks between the US government and Taliban officials continue and Afghanistan looks for a way out of 40 years of conflict, excitement is building and officials and government ministers lavish praise on the players, whom President Ashraf Ghani has called national heroes.

From the other side of the war, the feeling is similar. Sadiq who has just returned to practice after a long injury, aiming to take part in the upcoming World Cup, said the Taliban usually send them congratulatory messages through social media and on his cellphone when Afghanistan win.

Such broad appeal has seen the sport widely hailed as a unifying force in Afghanistan, a patchwork of different languages and cultures, sometimes at peace with each other but increasingly in recent years in conflict.

Not everyone is on board the cricket bandwagon, however.

Look deeper, and the state of the game has much to say about a country where sport has repeatedly attracted violence, including suicide attacks on cricket and wrestling matches, and where politics is increasingly divided along ethnic lines that shade into all aspects of life.

For many Persian-speaking Tajiks and Hazaras, cricket is a sport for Pashtuns, the dominant ethnic group from the south and east of the country that has provided almost all kings and presidents throughout Afghan history.

“I have no interest and don’t know anything about cricket,” said Ahmad Jawad, a shopkeeper in Parwan, a mainly Tajik province north of Kabul. “It’s a Pashtun game with Pashtun players, so let them enjoy their game.”

After the Taliban fell following the US-led campaign of 2001, Sadiq and Gul - brothers who, like many teammates, learned their cricket in Pakistan - and other players struggled to convince Tajik commanders from the victorious Northern Alliance that swept into Kabul to allow them to continue playing the game.

“Palace officials told us to join Afghan guard units and forget about cricket,” said Gul, who recalled having to cancel a provincial tournament in Kabul in 2005 after losing a fistfight with soccer players who wanted to use the pitch.

Now, with the IPL beamed into homes all over the country and the looming World Cup, he feels change is coming and the sport can give Afghanistan a platform no other can equal, one that offers hope for a more normal future after so many years of war.

“We literally had no support from the government for so many years before they have realized we could bring glory to our country,” he said. “Now everyone loves cricket and we are so proud to raise our national flag on the world stage.”