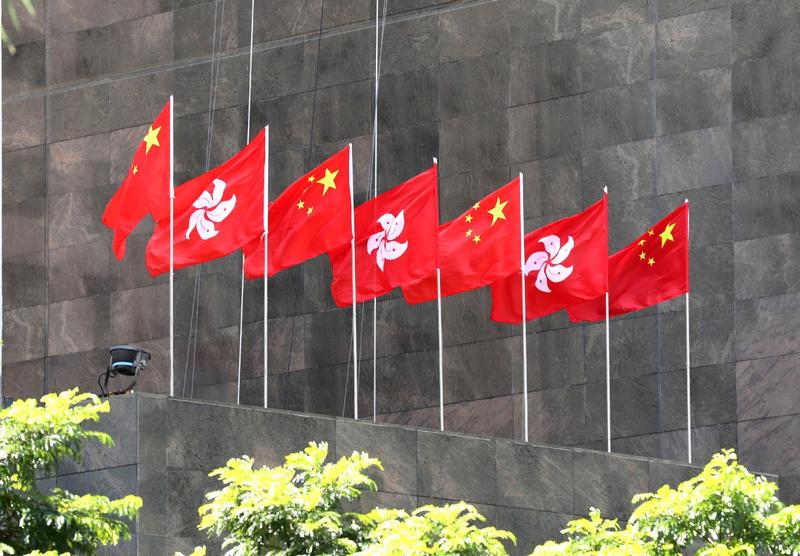 BRUSSELS – The Chinese Mission to the European Union (EU) expressed grave concern and strongly opposed the European Union's meddling in Hong Kong affairs while responding to a statement from the EU's top diplomat.

In a joint statement on Hong Kong issued on Saturday, EU's High Representative for Foreign Affairs and Security Policy Federica Mogherini and Canadian Foreign Minister Chrystia Freeland said there have recently been a rising number of violent incidents, and that engagement in a process of "broad-based and inclusive dialogue, involving all key stakeholders, is essential."

The Chinese spokesperson iterated that Hong Kong affairs are purely China's internal affairs, which brook no interference by any foreign government or organization

"Fundamental freedoms, including the right of peaceful assembly, and Hong Kong's high degree of autonomy under the 'one country, two systems' principle, are enshrined in the Basic Law and in international agreements and must continue to be upheld," reads the statement.

It must be pointed out that the "one country, two systems" is enshrined in the Constitution of the People's Republic of China and the Basic Law of the Hong Kong Special Administrative Region, not international law, a Chinese spokesperson said opposing the statement.

The Chinese spokesperson urged the EU side to observe international law and the basic norms governing international relations, respect China's sovereignty in good faith, and immediately stop meddling in Hong Kong affairs and China's internal affairs, so as not to undermine the sound and steady growth of China-EU relations.

The spokesperson said that the protests and demonstrations in Hong Kong have already evolved into extreme violence. Some radicals ransacked the Legislative Council building, attacked the liaison office of the central government and police stations, assaulted the police, committed arson, forced a shutdown of the Hong Kong airport with unauthorized rallies and beat innocent people.

Such moves have jeopardized the safety and security, law and order of Hong Kong society, put Hong Kong citizens' lives, property and normal life in danger, and posed a grave challenge to the red line of "One country, two systems," and must therefore be seriously condemned and strictly dealt with in accordance with law. In face of such severe violence and offences, no government with a sense of responsibility would sit idly by, said the spokesperson.

The Chinese spokesperson reiterated that Hong Kong affairs are purely China's internal affairs, which brook no interference by any foreign government or organization. The EU side, in disregard of China's objection, has repeatedly meddled in Hong Kong affairs and China's internal affairs. China is gravely concerned and is strongly opposed to such move.