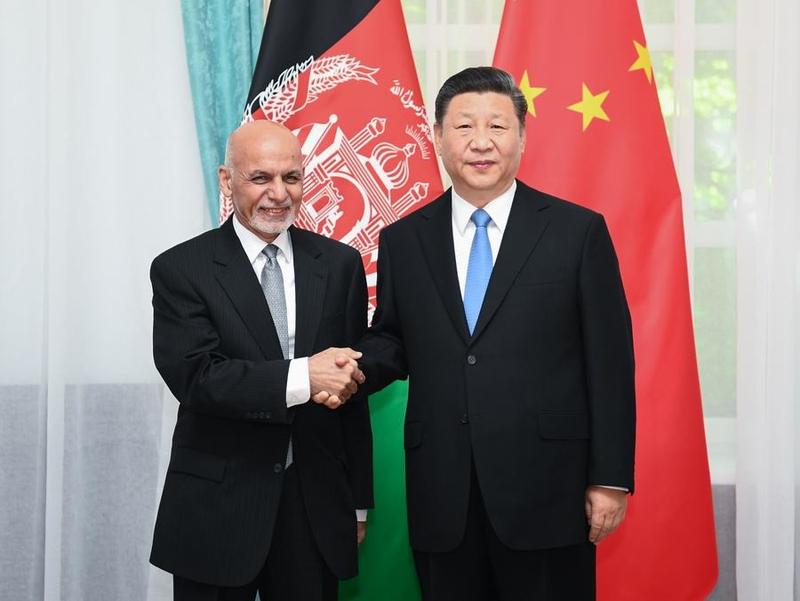 China will continue to assist Afghanistan in strengthening its capacity to fight terrorism and maintain stability, President Xi Jinping said in a meeting with Afghan President Mohammad Ashraf Ghani.

Xi expressed his congratulations on 100 years of Afghanistan's independence and his wishes for the country to achieve peace, stability and development as soon as possible.

China and Afghanistan are traditionally good neighbors and strategic cooperative partners, Xi said, adding that China hopes to keep deepening mutually beneficial cooperation with Afghanistan within the framework of jointly building the Belt and Road.

China also supports companies in the two countries in strengthening cooperation according to the principle of mutual benefit, Xi said.

Ghani said Afghanistan appreciates China's positive role in its peace and reconciliation process and in regional peace and stability. Afghanistan is committed to joining in combating the "three evil forces", including the East Turkestan Islamic Movement, he said.

Ghani also said his country hopes to align its reconstruction and development plan with the Belt and Road Initiative and build closer trade cooperation ties with China. 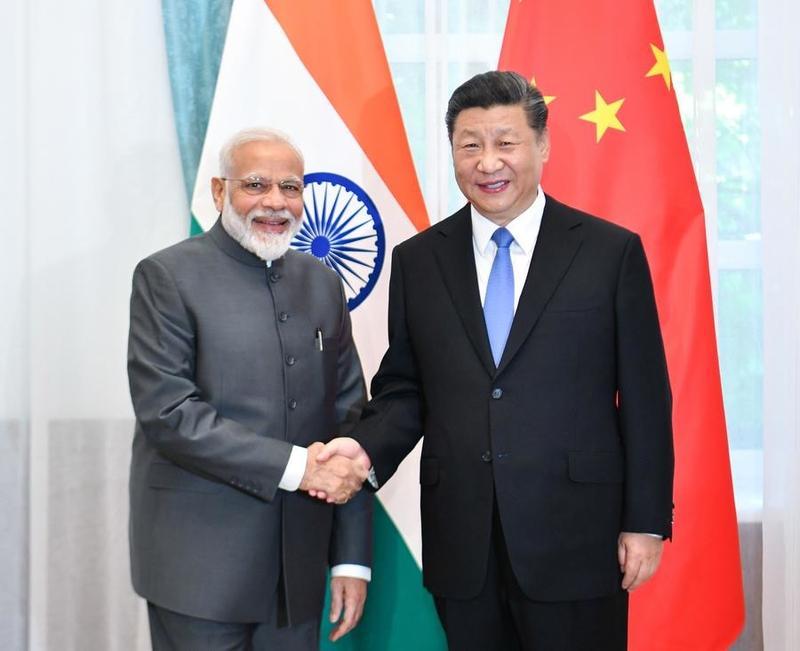 The two sides should make the pie of common interests bigger and jointly push forward regional connectivity, including the Bangladesh-China-India-Myanmar Economic Corridor, he said.

Xi congratulated Modi again on his reelection and said China stands ready to work with India to keep moving forward with an even closer development partnership.

He also appealed to both sides to make good use of mechanisms such as special representatives for border talks and enhance confidence-building measures to maintain the stability of border areas between the two countries.

The two countries should uphold the fundamental judgment that both of them provide each other with development opportunities rather than threats, he added.

The president also called for deeper mutual trust, more focus on cooperation and better handling of conflicts so that China-India relations will serve as an even larger force of positive energy for their respective development.

He also urged both nations to jointly uphold free trade and multilateralism and safeguard the legitimate interests of developing countries. 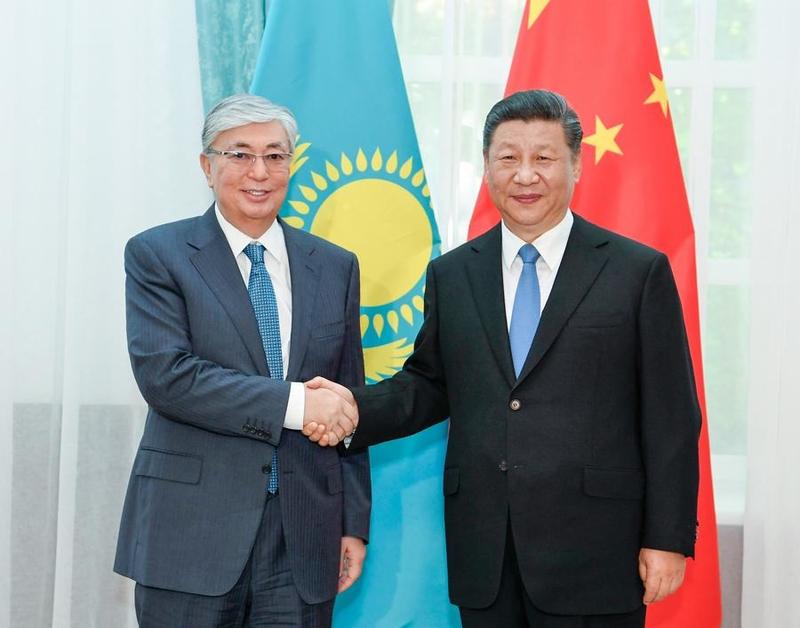 While meeting with Kazakh President Kassym-Jomart Tokayev, President Xi Jinping called for synergy between the Silk Road Economic Belt and Kazakhstan's new economic policy of the Bright Road to allow bilateral cooperation to benefit the people of both countries and the entire region.

China stands ready to strengthen teamwork with Kazakhstan within the framework of the Shanghai Cooperation Organization and the Conference on Interaction and Confidence Building Measures in Asia to make greater contributions to promoting regional security and development, Xi said.

Tokayev said Kazakhstan will continue to prioritize developing relations with China in its foreign policy. He called it crucially important for its own development as well as the stability and prosperity in the region, adding that it also conforms to the interests of the people of both countries.

Tokayev said his country remains committed to intensifying the nations' comprehensive strategic partnership, and stands ready to maintain high-level exchanges, strengthen cooperation in fields such as trade and the digital economy.