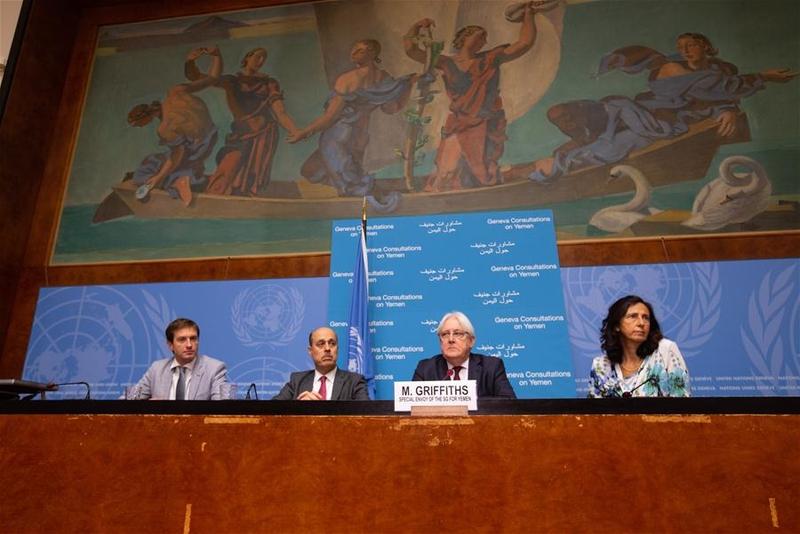 The UN Special Envoy for Yemen Martin Griffiths addresses the media in Geneva, Switzerland, Sept 8, 2018. The new round of the UN-led peace talks collapsed on Saturday after two days of delay because of the absence of Houthi delegation. (XU JINQUAN / XINHUA)

ADEN, Yemen – The UN-sponsored talks between the Yemeni warring rivals failed Saturday after two days of delay because of the absence of a delegation representing the Iranian-backed Houthi rebels.

Undermining the first attempt in two years to negotiate an end to the four-year civil war raised fears among the majority of Yemeni people about the fate of the impoverished Arab country.

The UN Special Envoy for Yemen Martin Griffiths said at a press conference in Geneva that the UN failed to get the Houthi delegation from the capital Sanaa to join the talks with the Saudi-backed Yemeni government team that arrived early in Switzerland.

The exhausted Yemeni citizens started their preparations for the worst after their expectations of a permanent peace from Switzerland's Geneva faded away again for the fourth time.

"The failure of Geneva talks means that our future will be more difficult," said Amjad Abdullah, a Yemeni citizen, adding that "all the warring factions will engage in fighting instead of peace talks because they don't care about the suffering of ordinary people."

"We expected that this year would be the last one with fighting and suffering but unfortunately it turned out that we were wrong because more years of war will come," he said.

All the leaders of the warring factions in Yemen are linked to other neighboring powerful countries that provide them with instructions and directions about what to do, according to the observers.

"The Yemeni government and the Houthi rebels only keep exchanging accusations and ultimatums because they did not receive instructions from Iran or from Saudi Arabia to engage in peace talks to end the war," Haitham Haidrah, a political activist and observer said.

Fighting heavily erupted hours after the failure of Geneva talks amid expectations that the country will be thrown into more chaos.

In the Red Sea coast city of Hodeidah, the pro-government forces backed by a Saudi-led coalition continued to make ground advancement during the second day of an offensive launched to capture the city's strategic port from the Iranian-backed Houthis.

The country's Foreign Minister Khaled Yamani who leads the government delegation to Geneva accused Houthis of "intending to sabotage the UN-sponsored talks in Geneva by creating obstacles to the UN that was not firm enough with them."

The UN envoy to Yemen announced during a press conference he exerted hard efforts and tried by all means to bring the Houthi negotiation team to Geneva but received no response.

Griffiths said that he will fly to Muscat and Sanaa again in the upcoming days in order to meet the Houthi leaders but gave no clue or specific time about next negotiations.

The Saudi-backed Yemeni government issued a statement and highly appreciates the efforts of UN envoy, which aimed at implementing the UN Security Council resolutions and restarting the peace talks. 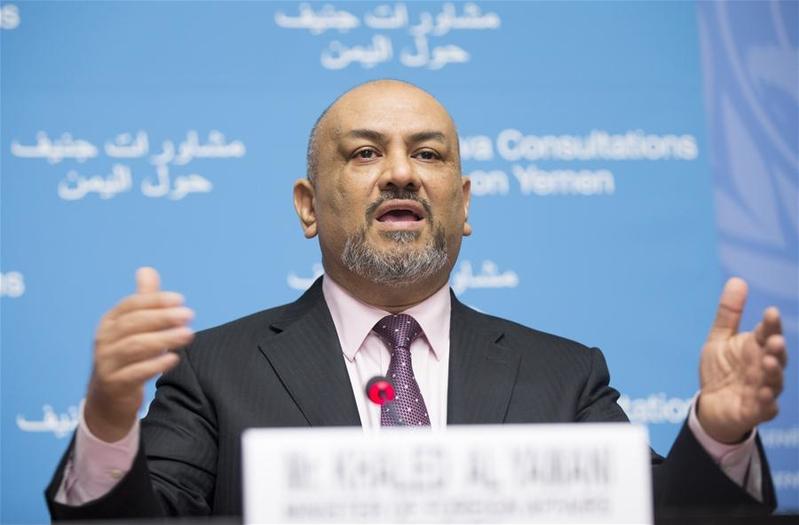 The government delegation responded to the UN envoy invitation and showed up on the appointed date and time of the peace consultation in Geneva; whereas the Houthis made up excuses, failed to show up, and created obstacles to the peace process, the statement said.

For his part, chief of Yemen's Houthi rebel group, Abdulmalik al-Houthi, on Saturday accused the Saudi-led coalition of hindering Houthi delegation from traveling to UN-sponsored peace talks in Geneva.

"The reason behind the failure of the UN-hosted round of consultants was because the aggression coalition has blocked our national delegation from travelling to Geneva," al-Houthi said in a speech aired by the group's al-Masirah television.

The last UN-backed peace negotiations for Yemen were held in 2016 in Kuwait, which continued for several months in the Gulf country but no constructive results had been reached due to serious differences between the rival parties.

The impoverished Arab country has been locked into a civil war since the Iranian-backed Shi'ite Houthi rebels overran much of the country militarily and seized all northern provinces, including capital Sanaa, in 2014.

The internal military conflict between the Iranian-backed Houthis and the Saudi-backed Yemeni government recently entered its fourth year, aggravating the suffering of Yemenis and deepening the world's worst humanitarian crisis.