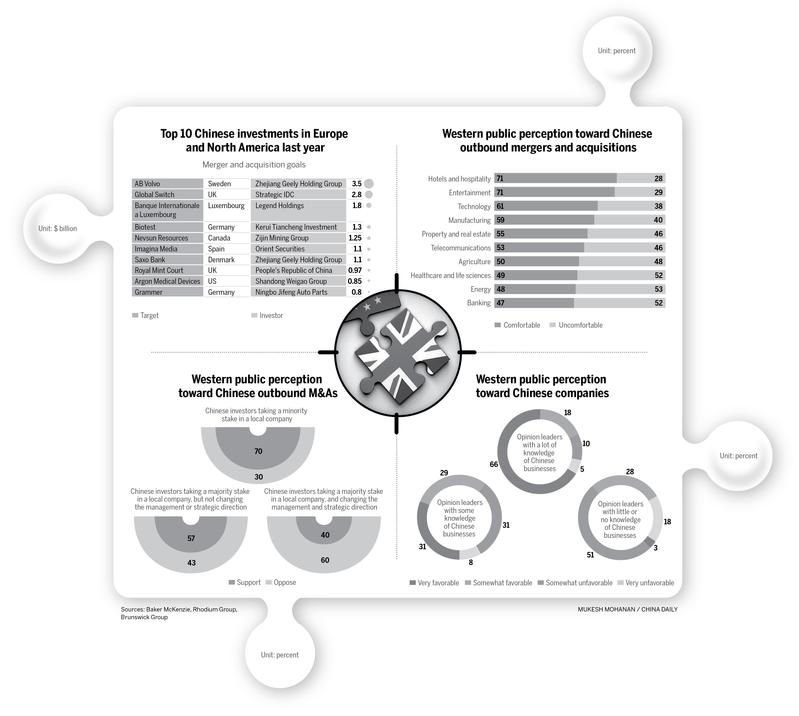 At a state-of-the-art laboratory in Lincolnshire, eastern England, a group of Chinese and British engineers are enthusiastically discussing the development of the next generation insulated-gate bipolar transistor, which helps run, among other things, high-speed trains.

The laboratory is owned by Dynex, a 63-year-old company that in the 20th century was Britain's biggest high-voltage semiconductor maker before going into decline amid the global financial crisis in 2008.

Dynex was rescued after being acquired by Chinese train manufacturer CRRC Corp through its subsidiary CRRC Times Electric. This has resulted in a decade of investment to improve Dynex's expertise in manufacturing and research and development.

Despite uncertainties over Brexit, Dynex and CRRC have invested US$10 million to US$12 million annually in the R&D center in Lincolnshire, with the latest components being used in CRRC trains.

Latest statistics compiled by law firm Baker McKenzie and research company the Rhodium Group show that the UK was the largest recipient of Chinese outbound foreign direct investment last year, surpassing the United States, which has historically been the biggest recipient

CRRC and Dynex are also jointly investing in a new innovation center in the English city of Birmingham this year to develop chips for use in the huge electric car market in China and internationally. The center aims to employ 100 engineers this year, with the number to rise to 200 to 300 in the next few years.

Latest statistics compiled by law firm Baker McKenzie and research company the Rhodium Group show that the UK was the largest recipient of Chinese outbound foreign direct investment last year, surpassing the United States, which has historically been the biggest recipient.

According to the joint report, last year, Chinese outbound FDI in the UK stood at US$4.94 billion, followed by US$4.8 billion in the US and US$4.05 billion in Sweden. However, these figures are much lower than Chinese outbound investment in 2017, due to turbulence in the global economy throughout last year triggered by trade tensions and political uncertainties.

The report defines FDI as "all organic expansion investments and those that result in ownership control of at least 10 percent in the target firm".

Although official figures on China's outbound investment last year are still to be released by the central government, the report highlights a trend in which Chinese investors are committed to the UK market, and analysts expect this to intensify.

Ed Ratcliffe, head of research and advisory at Asia House, a center focusing on trade expertise, investment and public policy in London, said, "Chinese investment in the UK appears not to have been greatly affected by the specter of Brexit since the referendum in June 2016."

Jiang Suwei, a partner in the UK at PwC, said Chinese investment in sectors such as energy and utilities, infrastructure and real estate development, manufacturing and financial services is already significant and will continue to grow.

She said the UK's tradition of welcoming foreign investment, along with its international capital market and availability of talent and professional services are all factors attractive to Chinese investors.

Ratcliffe and Jiang's observations are backed by Chinese companies, many of which showed their continued commitment to the UK market through new investment last year.

China General Nuclear Power Group, which is investing 6 billion pounds (US$7.65 billion) in the Hinkley Point C nuclear power station in southwest England, while putting its own nuclear technology through the UK regulatory approval system, reaffirmed its commitment to the British market last year.

Zheng Dongshan, chief executive of the company's UK subsidiary, said in a recent media interview, "If we are accepted in the UK ... it will heighten our acceptability to other countries."

In February, Chinese telecommunications company Huawei Technologies Corp said it would invest a further 3 billion pounds in the UK or buy from British suppliers during the next five years.

Despite doubts being voiced late last year over Huawei's equipment security by UK Defense Secretary Gavin Williamson and Alex Younger, the head of MI6, the UK agency that handles foreign intelligence and operations, the company reaffirmed this month its commitment to the UK and continued extensive collaboration with its partners in the country.

Cheryl Xu, a spokeswoman for the company, said, "Huawei's extensive collaboration with (telecom service providers) BT and Vodafone in all the main cities in the UK has not changed."

In the financial services sector, both Shanghai Pudong Development Bank and Agricultural Bank of China have set up branches in London, despite Brexit concerns having seen Western banks move employees elsewhere in the European Union.

"SPD Bank sees the establishment of a branch in the UK as a key stepping stone into the global market. We don't feel there is a major implication to SPD from Brexit," a spokesman for the bank said. 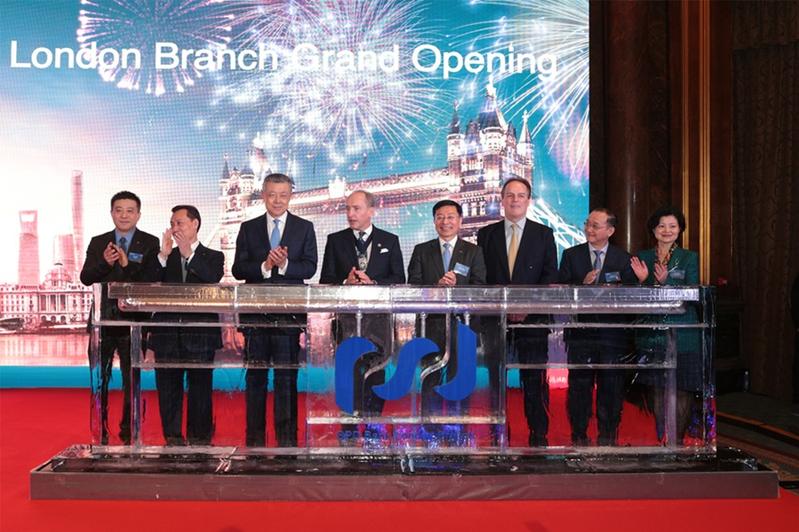 SPD Bank celebrate the launch of its London branch at Drapers Hall, in the City of London, Feb 6, 2018. (PHOTO PROVIDED TO CHINA DAILY)

Overseas investment by Chinese companies has witnessed several significant cycles. Early outbound investment in the 1990s focused on developing markets across Asia and Africa, where the business environment is slightly similar to China's, and where Chinese companies are more likely to find a competitive cost advantage.

Since the 2000s, Chinese companies have gradually ventured into more mature markets such as the US and Europe, seeking know-how to aid China's manufacturing and technology development.

The fact that China was less affected by the 2008 financial crisis than many Western markets meant that Chinese outbound deals over the past decade increased.

Investment in the UK grew rapidly, and in particular, a sharp drop in the value of the pound since the 2016 Brexit referendum has attracted some high-profile deals.

One example is the US$14 billion purchase of the warehouse company Logicor in London by the sovereign wealth fund China Investment Corp in 2017. In the property sector, LKK Health Products Group bought the landmark "Walkie Talkie" building in London, officially known as 20 Fenchurch Street, for 1.3 billion pounds, and CC Land bought the "Cheesegrater" building in London at 122 Leadenhall Street for 1.15 billion pounds.

Most analysts believe that the rush of deals in 2017 on the back of a weak pound will not be repeated, but strong complementarities between the Chinese and UK economies will sustain steady deal volumes.

Zhu Yinan, a partner and chief legal officer with advisory company DealGlobe, said, "I do not expect the volume to increase in 2019, but certainly expect to see higher-quality and more strategic acquisitions."

However, some deals have been less successful than others. China's Bright Food, which acquired majority ownership of UK breakfast brand Weetabix in 2012, resold it in 2016.

Sanbao Group, which bought a majority stake in the British department store House of Fraser in 2014, with an ambitious plan to open 50 such stores in China, has only opened one. Last year, it announced plans to close 31 of its 59 UK shops, affecting 6,000 jobs, due to the poor British retail environment.

This is particularly so for those in the construction and infrastructure sectors, where the planning systems, building regulations and procurement processes are so complex that it is difficult even for local companies to understand them.

Peter Zysk, a director with the business advisory company Brunswick Group in Beijing, said one significant factor determining the likely success of Chinese outbound investment is public perception－which varies across sectors－and the scope of the investment.

A Brunswick report that surveyed 1,500 people from the US, UK and Germany found that 70 percent of respondents supported outbound transactions where a Chinese company only acquired a minority stake in a local one, but support level drops to 40 percent if the acquisition is for a majority stake and causes a management change.

The survey also found that a high percentage of respondents support Chinese acquisitions in sectors such as hotels and entertainment, but less than half support acquisitions in energy, banking and healthcare.

Zysk said: "Public perception of Chinese companies is hugely important. It can determine if a deal can happen, and can impact on deal prices. It also impacts on the regulatory approval process and the success of post-merger integration."