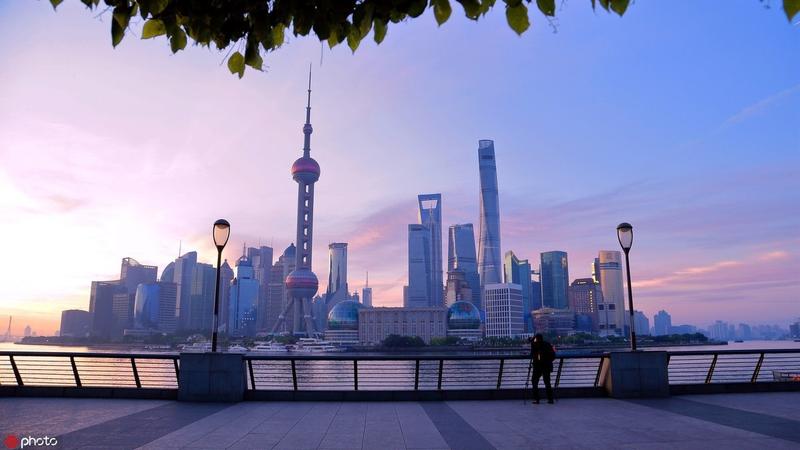 This July 12, 2018, photo shows the skyline of the Lujiazui Financial District with high-rise buildings and skyscrapers in Pudong, Shanghai. (PHOTO / IC)

Speaking at the 31st International Business Leaders' Advisory Council in Shanghai, Ying stressed that‌‌ the international status and influence of a city is to a great extent determined by its capabilities and core competitiveness.

... Shanghai has entered a new stage in which additional growth can and will come only through continuous innovation, which is why we are now promoting innovation driven development and economic transformation.

Ying said the government will stay committed to further deepening reform and opening-up, which is closely intertwined with the rise of Chinese cities in today's world embracing and pushing for economic globalization.

In the 41 years since China started the reform and opening-up, Shanghai has experienced a huge transformation from a planned economy to socialist market economy, from fully closed to fully opening up. The city's GDP increased from 27.3 billion yuan (US$3.86 billion) in 1978 before the opening-up to 3.27 trillion yuan in 2018. Per capita GDP has jumped from US$1,445 to over US$20,000.

"In addition, Shanghai has entered a new stage in which additional growth can and will come only through continuous innovation, which is why we are now promoting innovation driven development and economic transformation."

The proportion of funds devoted to innovation and research in the city's GDP growth has increased from 0.5 percent annually to the current level of over 4 percent, the mayor said.

In the future, he added, Shanghai will make even greater priorities of education and intellectual property protection.

Francis Gurry, director general of the World Intellectual Property Organization, said on Sunday that the past decade witnessed three persistent trends in the field of intellectual property: globally increasing demand for intellectual property titles, the change of the scene of that demand to Asia and the complexity of the environment.

Gurry said the biggest challenge cities face is data that involves a confluence of different policies.

"A certain closure is required, of course, however, there is a strong tension for opening data sources in order to stimulate innovation and to feed or improve the quality of innovation, in particular by algorithms in the field of artificial intelligence," he said.

Shanghai will spare no efforts in ecological conservation, he said. A trash-sorting campaign has been rolled out citywide, and the city plans to address the challenge of comprehensive program for properly dealing with all trash by 2020.

Greg Clark, an academician of the British Academy and specialist in urban policy, said the ability of the city to attract and retain population depends largely on the health agenda, the air quality, the parks and the water — all are significant aspects of smaller cities strengths in competing with the larger cities.