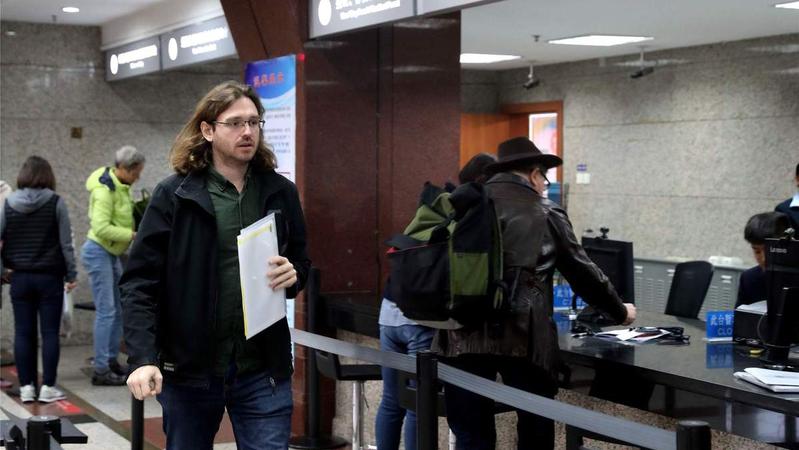 Helping foreign residents with their daily affairs occupies much of the working day for Yan Xinzhuo, a community police officer in Beijing.

The 30-year-old native of the Inner Mongolia autonomous region works in Huaqingjiayuan community, Haidian district. The community, which has about 11,000 residents, is close to several universities that are home to about 400 foreign students.

Beijing is working hard to promote services for foreign nationals in fields such as community living, visa applications and residence permit applications, according to the Entry-Exit Administration of the Beijing Public Security Bureau. Thousands of community police officers like Yan are working to create a better living environment.

On many occasions, no matter whether in a community or an international forum, we represent China. Sometimes we act as diplomatic officers and interpreters, introducing China to our foreign friends and translating their words into Chinese

Having worked in the district for more than six years, Yan has overseen several community promotions. On occasion, he has to attend training sessions or help with emergencies, but he usually arrives at the police station at 7:30 am to begin patrolling the streets.

The heavy workload means he sometimes misses the last subway to his dormitory 8 kilometers away, so occasionally he sleeps in a 5-square-meter meeting room in the station. "I need to be available at the police station every minute, so I can aid those who need help immediately," he said.

Huaqingjiayuan was once home to more than 1,200 people from 49 countries and regions, and though many have moved to areas with lower rents, about 400 foreign residents from 17 countries still live there.

Expats usually rent apartments when they study or work in Beijing. According to Chinese regulations, they must take their tenancy document, passport and visa to the local police station and register within 24 hours of signing the agreement. Registration, which is free, takes about five minutes.

Yan provides foreign nationals with a list of all qualified housing agencies in and around the community to ensure they can find a safe, suitable home.

"Some landlords illegally rebuild their houses and then rent out rooms, which could lead to fire hazards. Many lodgers, especially foreigners, don't know whether a house has been illegally reconstructed, so we visit and check to prevent avoidable harm," he said.

During each visit, he verifies people's basic information and tries to learn about their habits and national customs so he can offer a better service.

"A home visit can promote good relations between police and expats, and also deter people from illegal activity," he said. 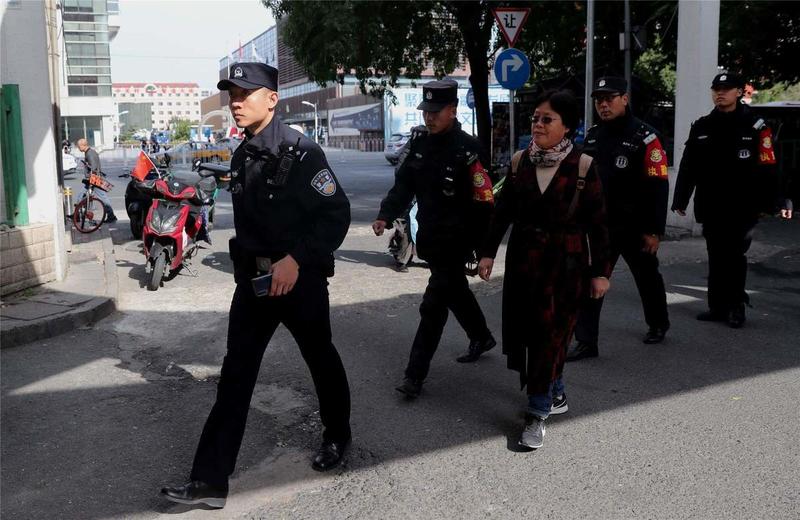 Many foreign nationals are curious and even nervous about home visits. Yan recalled a woman from the United States who was quite nervous when he knocked on her door.

She said that in the US the police only visit in the event of trouble or an offense, such as speeding. She was surprised to find that the Beijing police offer such tailored community services.

Henry Pinkney, a 23-year-old who is studying for a master's in international relations at Renmin University of China, thinks the police are very friendly.

"They are really willing if you need help. Even if there are language barriers, they will try," said the British national, who has lived in London and Chicago.

He had a three-month internship with a British company in Shanghai, but he moved to Huaqingjiayuan in September, and will live there for a year.

"It's a very nice community. People are friendly. I haven't seen any crime, which is very good compared with Chicago and London, which have much more crime. That's a good thing about Beijing," he said.

Yan speaks fluent English, which enables him to make expat friends and helps with his work. He is also teaching himself Korean and Japanese, and several expats have offered study tips.

"Language is a stepping stone for me. Speaking a person's mother tongue can make our relationship closer, so we can share ideas and improve understanding. Many international students can also speak basic Chinese, which offers more opportunities to learn from one another," he said.

Understanding the expats' customs is an important task for Yan. When visiting their houses or chatting, he is careful to observe cultural norms; for instance, he knows that people from Thailand do not like to talk about their king in public, and he always takes off his shoes when entering a Japanese person's home.

"We need to be aware of the customs and respect them so we can make a good impression - I have become friends with some foreign residents," he said.

Liu Xiruo, an officer at Nanluoguxiang Community Police Station in Dongcheng district, said: "Respect is mutual; some foreign residents in my community have had minor disputes with their Chinese neighbors because they did not understand local customs."

The 30-year-old from Jilin province has worked at the station for three years. About 30 expats live in her community, and some of them like to drink, which has caused problems.

She once received a call at about 11:30 pm from a man who said several people often walked on his roof. Liu and her colleagues later discovered that three visitors from the US were walking on people's roofs at night.

"They explained that they wanted to take nighttime photos of the city, which is something they did in the US. That was the problem. Walking on the roof can bother other residents and infringe their privacy. Standing on someone else's roof is very disrespectful," Liu said. 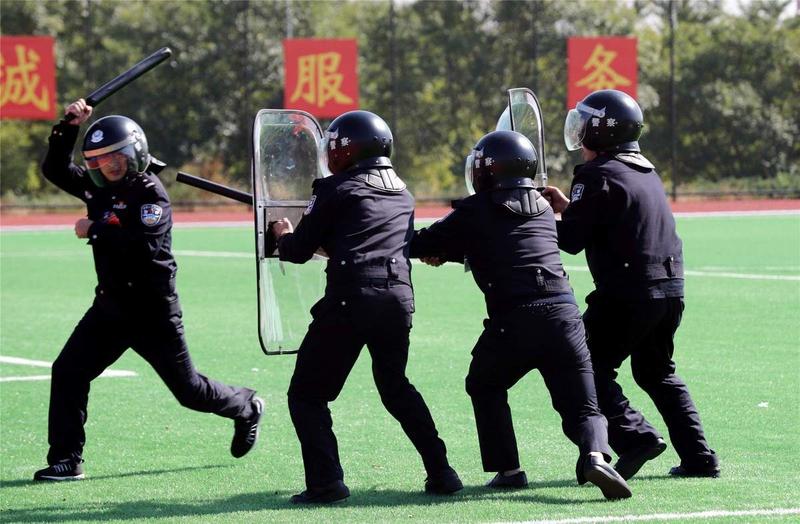 She believes that it is important to care about the expats' mental state, too, because people can be emotionally fragile, especially when faced with problems in a strange place. Therefore, the police need to do their best to help.

She recalled a case where the driver of an unlicensed cab cheated two young Irish women of 700 yuan (US$100) by giving them fake money.

The women called the police, so when Liu arrived, she calmed them down and then helped them find their hotel. Their money was returned later.

"It's not easy for people to live in a strange land. If they do not feel any warmth, they will be sad and may never return," she said.

Yan has also encountered problems caused by cultural differences, and has taken steps to deepen communication and deal with disputes.

"Many older Chinese like to sleep early and dance to loud music in the park in the morning, while some expats like to have parties late at night and get up late. So, in the first three years, I received many complaints," he said.

He organizes monthly salons, themed as cultural exchanges, language learning, art and music, and invites all the residents. There are also fixed language corners and international flea markets. Some expats have also joined community volunteer teams to help seniors and children in their spare time.

The salons helped promote harmony after the two groups shared their views and understood their cultural differences. Yan urged the residents to found WeChat groups so they could share their opinions and avoid complaints.

"If the seniors' dancing music is too loud, rather than call the police, our foreign friends can use WeChat to ask them to turn it down. Many small conflicts like that have been solved by the residents themselves. Such complaints have almost completely disappeared," he said.

Most foreign nationals in Yan's community are students at nearby universities, who usually live in the community for six months or a year.

Yan believes that his main responsibility is to create a safe environment for residents, so he regularly informs them about telecom frauds and fire hazards.

"They usually only come to the police because they have met trouble, so we need to alert them as early as possible," he said, adding that he and his colleagues also inform foreign nationals if their visas are about to expire, while communities often provide free legal services if required.

Lu Yian, a senior at Beijing Police College, said, "Like all police officers, we need to learn practical skills and comprehensive theory."

The 21-year-old Beijing native is studying a policing program related to foreign nationals. As such, he needs to master Chinese laws related to expats, international law, theories about international relations, and police skills, such as paperwork, investigative techniques and dealing with emergencies.

He has also taken part in practical sessions at community police stations, where he and his peers learned about working procedures and dealing with emergencies related to expats.

"First, we need to explain their duties and rights, plus Chinese law and regulations, then we handle the situation according to the law. In most situations, people are very cooperative," Lu said.

When he started the program, he was puzzled because he felt the scope of foreign affairs was huge and he could not find a focus. Now, he concentrates on studying the law.

Foreign languages are also a crucial part of the curriculum. The college mainly offers English courses, but trainees can learn other languages if they are interested.

Liu Ying, 21, another senior on the program, studies English and Korean.

"Explaining Chinese law and policies fluently to foreign nationals in their own language is essential when handling issues, because sometimes problems are the result of misunderstandings," she said.

The college also focuses on students' transnational cooperation abilities, and it regularly sends them on exchanges overseas to promote a broader perception of the world.

Liu Ying's main interest is international cooperation, and she is studying international telecom fraud for her final-year project, as it is one of the key areas the police are cracking down on.

Case studies and internships are the main means by which she and her peers master practical skills, and she and Lu have participated in several notable events, including the Forum on China-Africa Cooperation.

"On many occasions, no matter whether in a community or an international forum, we represent China. Sometimes we act as diplomatic officers and interpreters, introducing China to our foreign friends and translating their words into Chinese," Liu Ying said.