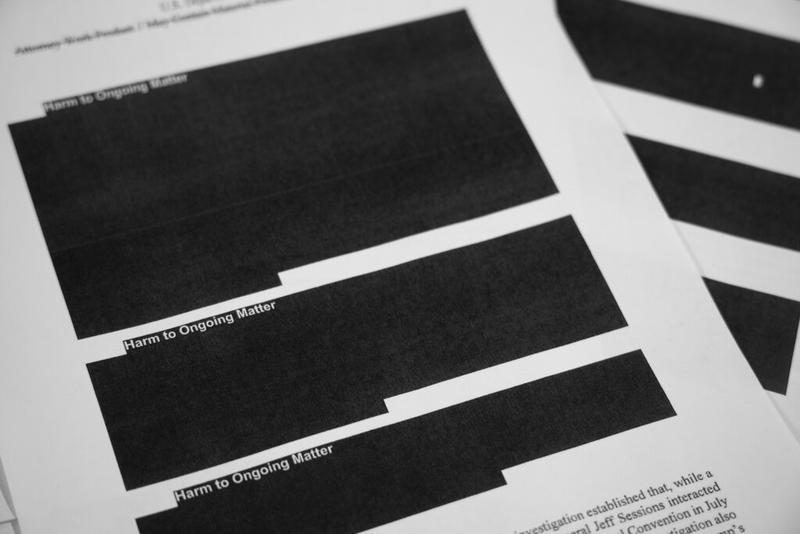 WASHINGTON - Congressional Democrats took legal action on Friday to gain access to all of US Special Counsel Robert Mueller's evidence from his inquiry into Russian meddling in the 2016 election, as the probe's findings dented President Donald Trump's poll ratings.

My committee needs and is entitled to the full version of the report and the underlying evidence consistent with past practice. The redactions appear to be significant

The number of Americans who approve of Trump dropped by 3 percentage points to the lowest level of the year following the release of a redacted version of Mueller's report on Thursday, according to a Reuters/Ipsos online opinion poll.

Mueller did not establish the Trump campaign coordinated with Russians but did find "multiple acts by the President that were capable of exerting undue influence over law enforcement investigations."

While Mueller ultimately decided not to charge Trump with a crime such as obstruction of justice, he also said the investigation did not exonerate the president, either.

US House of Representatives Judiciary Committee Chairman Jerrold Nadler, a Democrat, issued a subpoena to the Justice Department to hand over the full Mueller report and other relevant evidence by May 1.

"My committee needs and is entitled to the full version of the report and the underlying evidence consistent with past practice. The redactions appear to be significant," Nadler said in a statement. 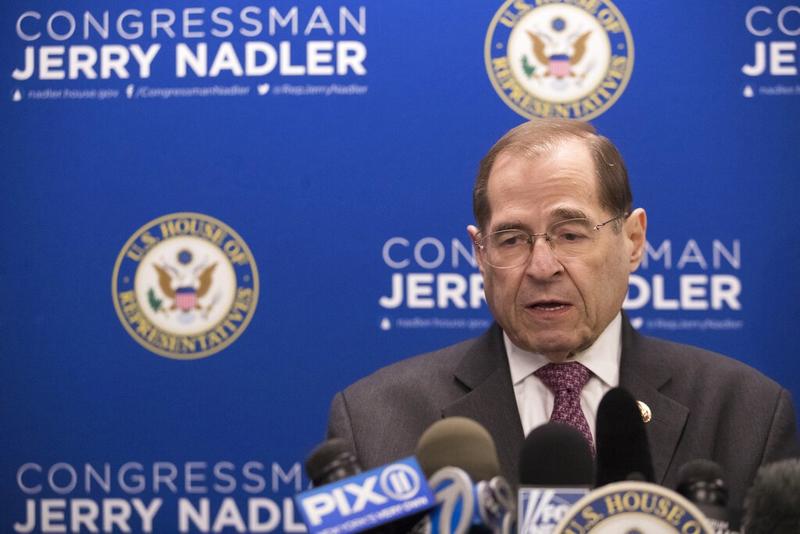 The Justice Department called the request "premature and unnecessary," but spokeswoman Kerri Kupec said in a statement the department would work with Congress "to accommodate its legitimate requests consistent with the law and long-recognized executive branch interests."

The Justice Department called the request "premature and unnecessary," but said it would work with Congress "to accommodate its legitimate requests consistent with the law"

The report provided extensive details on Trump's efforts to thwart Mueller's investigation, giving Democrats plenty of political ammunition against the Republican president but leaving them with no consensus on how to use it.

The document has blacked out sections to hide details about secret grand jury information, US intelligence gathering and active criminal cases as well as potentially damaging information about peripheral players who were not charged.

Six top congressional Democrats led by House Speaker Nancy Pelosi and Senate Minority Leader Chuck Schumer rejected US Attorney General William Barr's offer to give them access to a less-redacted version of the report. In a letter to Barr, they repeated their request for the full report but said they were open to "a reasonable accommodation."

Democratic leaders have played down talk of impeachment of Trump just 18 months before the 2020 presidential election, even as some prominent members of the party's progressive wing, notably US Representative Alexandria Ocasio-Cortez, promised to push the idea. 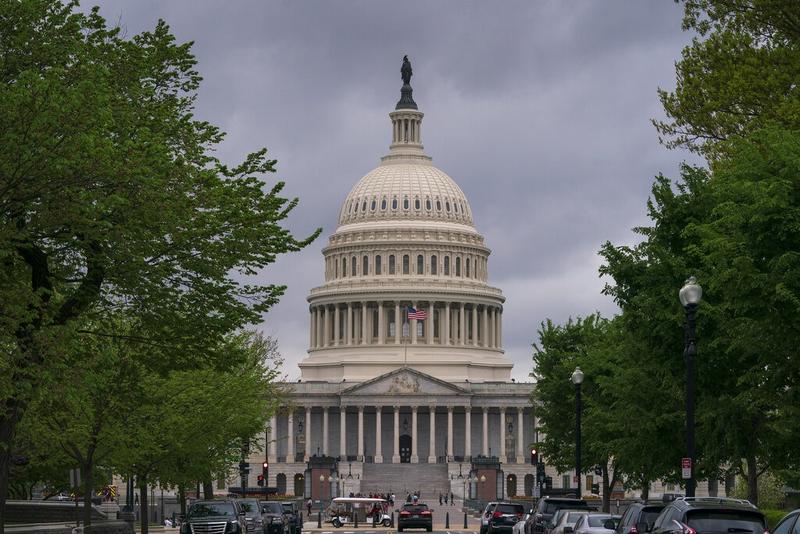 The Capitol is seen in Washington, April 19, 2019, the day after Attorney General William Barr released a redacted version of special counsel Robert Mueller's investigation into Russian interference in the 2016 US election. (J. SCOTT APPLEWHITE / AP)

US Senator Elizabeth Warren became the first major contender for the Democratic 2020 presidential nomination to call for the start of impeachment proceedings, saying on Twitter that "the severity of this misconduct" demanded it.

Trump, who has repeatedly called the Mueller probe a political witch hunt, lashed out again on Friday.

"Statements are made about me by certain people in the Crazy Mueller Report...which are fabricated & totally untrue," Trump wrote on Twitter.

He seemed to be referring to former White House counsel Don McGahn who was cited in the report as having annoyed Trump by taking notes of his conversations with the president. 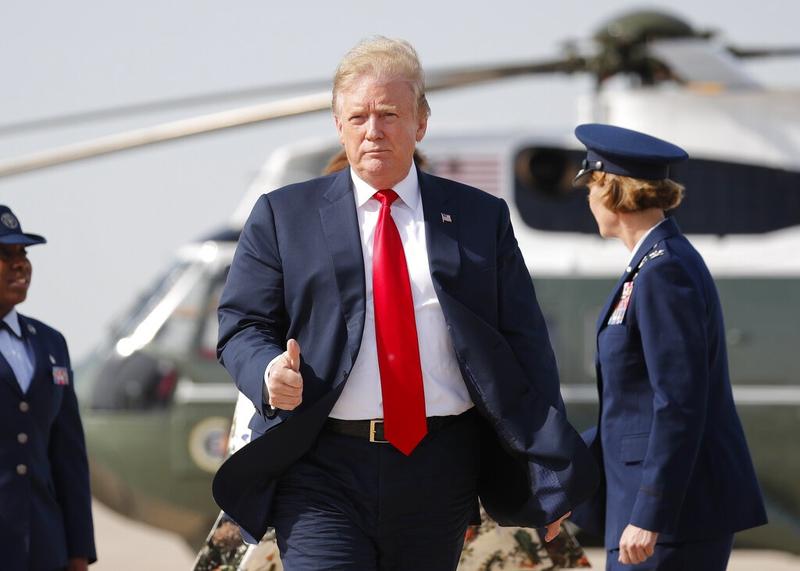 US President Donald Trump gives a "thumbs-up" as he prepares to board Air Force One, April 18, 2019, at Andrews Air Force Base, Md. (PABLO MARTINEZ MONSIVAIS / AP)

"Watch out for people that take so-called 'notes,' when the notes never existed until needed," Trump wrote. "It was not necessary for me to respond to statements made in the 'Report' about me, some of which are total bullshit & only given to make the other person look good (or me to look bad)."

"Statements are made about me by certain people in the Crazy Mueller Report...which are fabricated & totally untrue," Trump wrote on Twitter

Phone conversations between the president and McGahn in June 2017 were a central part of Mueller's depiction of Trump as trying to derail the Russia inquiry. The report said Trump told McGahn to instruct the Justice Department to fire Mueller. McGahn did not carry out the order.

According to the Reuters/Ipsos poll of 1,005 adults conducted Thursday afternoon to Friday morning, 37 percent of people approve of Trump's performance in office - down from 40 percent in a similar poll conducted on April 15, which matches the lowest level of the year. The poll has a credibility interval, a measure of precision, of 4 percentage points.

Representative Doug Collins, the top Republican on the House Judiciary Committee, said the Democrats' subpoena "is wildly overbroad" and would jeopardize a grand jury's investigations. 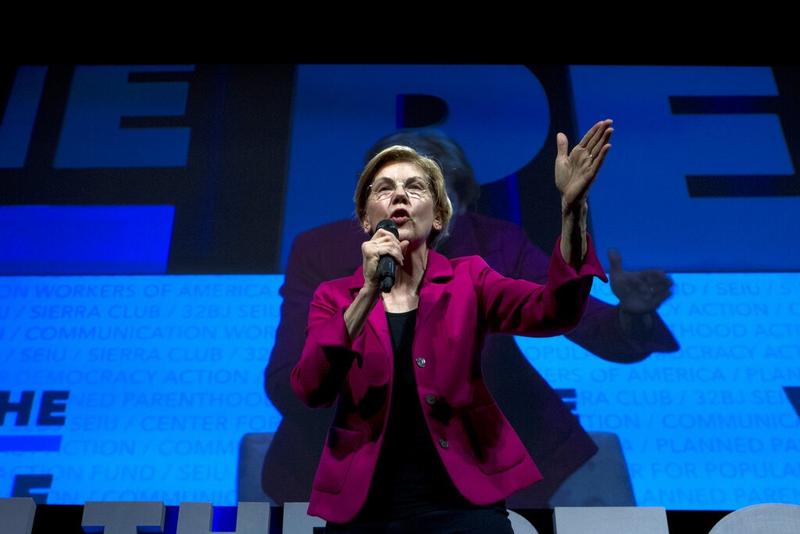 While most Republicans have stood by Trump, 2012 Republican presidential nominee Mitt Romney, now a US senator from Utah, criticized Trump and those around him as portrayed in the report. Romney, an on-and-off Trump critic, said on Twitter it was "good news" there was insufficient evidence to charge Trump with a crime.

Russia said Mueller's report did not contain any evidence that Moscow had meddled. "We, as before, do not accept such allegations," Kremlin said

"Even so, I am sickened at the extent and pervasiveness of dishonesty and misdirection by individuals in the highest office of the land, including the President," said Romney, who lost the White House race to President Barack Obama in 2012.

The Mueller inquiry laid bare what US intelligence agencies have described as a Russian campaign of hacking and propaganda to sow discord in the United States, denigrate 2016 Democratic candidate Hillary Clinton and boost Trump.

Russia said on Friday that Mueller's report did not contain any evidence that Moscow had meddled. "We, as before, do not accept such allegations," Kremlin spokesman Dmitry Peskov said. 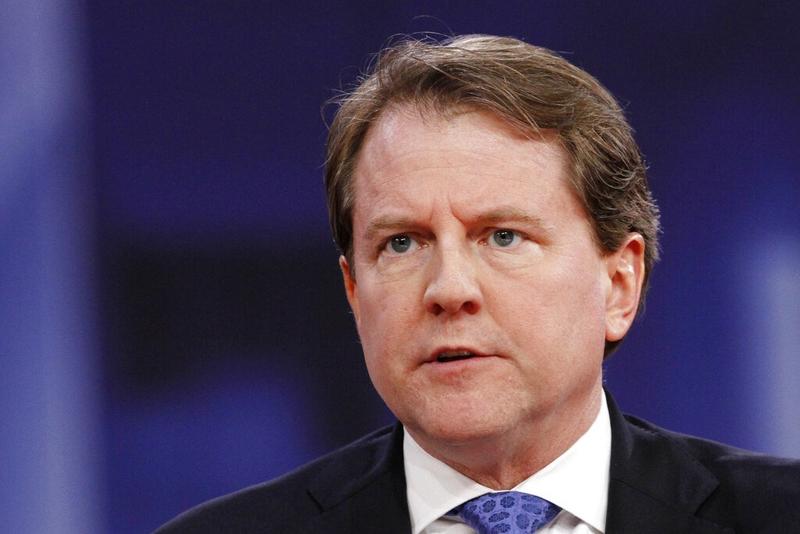 Asked on Friday about Russian interference in 2016, US Secretary of State Mike Pompeo said in Washington that "we will make very clear to them that this is not acceptable behavior."

The House Oversight Committee's Democratic chairman, Elijah Cummings, said impeachment of Trump was not ruled out

Half a dozen former Trump aides, including former campaign chairman Paul Manafort, were charged by Mueller's office or convicted of crimes during his 22-month-long investigation. The Mueller inquiry spawned a number of other criminal probes by federal prosecutors in New York and elsewhere.

One reason it would be difficult to charge Trump is that the Justice Department has a decades-old policy that a sitting president should not be indicted, although the US Constitution is silent on whether a president can face criminal prosecution in court.

Nadler told reporters on Thursday that Mueller probably wrote the report with the intent of providing Congress a road map for future action against the president, but the Democratic congressman said it was too early to talk about impeachment.

But the House Oversight Committee's Democratic chairman, Elijah Cummings, said impeachment was not ruled out.

"A lot of people keep asking about the question of impeachment ... We may very well come to that very soon, but right now let's make sure we understand what Mueller was doing, understand what Barr was doing, and see the report in an unredacted form and all of the underlying documents," he told MSNBC.