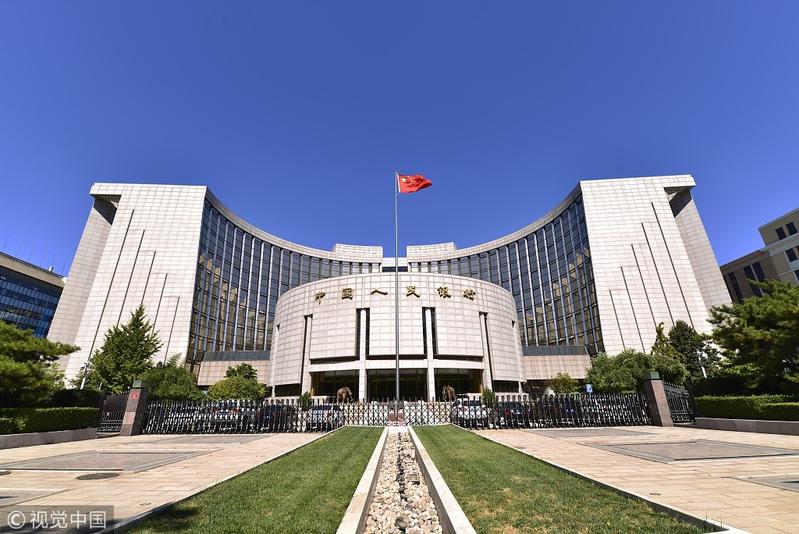 Borrowing costs will get lower for companies in China starting Tuesday through a key interest rate reform brought out by the People's Bank of China, the central bank, to maintain economic momentum amid the continuing trade friction with the United States.

"Reducing borrowing costs is a necessary step at the moment, considering that the producer price and industrial profit growth have slowed recently."

Analysts say the interest rate reform will lower financing costs for small and private companies and encourage investment in the manufacturing sector.

The PBOC unveiled the policy over the weekend, saying it would introduce a new reference rate, the loan prime rate－the price of loans banks offer their best clients－for setting the prices of business and household loans. The earlier reference rate, the one-year benchmark lending rate, will be replaced in the future.

The announcement is seen as China's most significant market-based interest rate reform for over a decade, experts said.

The PBOC said in a statement that, starting Tuesday, 18 qualified commercial banks, including State-owned banks, city and rural commercial banks and foreign banks, will report their lending reference rate every month. Analysts expect the first loan prime rate will be much lower than the current 4.35 percent one-year benchmark lending rate, which has been unchanged since August 2015.

The statement said commercial banks will be allowed to float the lending rates up by certain percentage points above the medium-term lending facility rate of the central bank. The medium-term lending rate is the cost that commercial banks should pay for borrowing from the central bank, and it was set at 3.3 percent on Thursday.

Moreover, the changes will enable the PBOC to effectively influence China's entire interest rate system by selling or buying financial instruments on the open market, much like how Western central banks implement monetary policy, Sheng said.

For households, the reform is expected to lower mortgage interest rates, and for small and private businesses, it may facilitate long-term credit, said Pan Xiangdong, chief economist at New Times Securities. "The new regime will have an impact more as an asymmetrical interest rate cut," he said, and drive down the prices of treasury and local government bonds.

"Reducing borrowing costs is a necessary step at the moment, considering that the producer price and industrial profit growth have slowed recently," said Lu Zhengwei, chief economist at Industrial Bank.

China's economic growth softened at the start of the third quarter, as the market showed stronger risk-averse sentiment after the US decided to impose additional tariffs on some Chinese goods starting next month.

The central bank has reduced borrowing costs in the interbank system by injecting liquidity this year. But the "real lending rates" offered by banks to companies are still higher than market rates, thereby creating a "dual-track interest-rate system", the PBOC statement said. In China's money market, where financial institutions lend each other short-term cash, interest rates can float freely in response to market forces.

China's interest rate reform started in the 1990s, targeting a regime where interest rates are decided by market demand and supply. Now, only the hardest, but the most crucial part, is left to be finished, PBOC adviser Sheng said.

The PBOC will "deepen market-based interest rate reform, improve the efficiency of interest rate transmission, and lower financing costs of the real economy," the statement said.

The central bank also said that if commercial banks refuse to lower loan rates by setting a "hidden" minimum lending rate, companies can report them to regulators.