Ghosn says he is innocent and victim of backstabbing 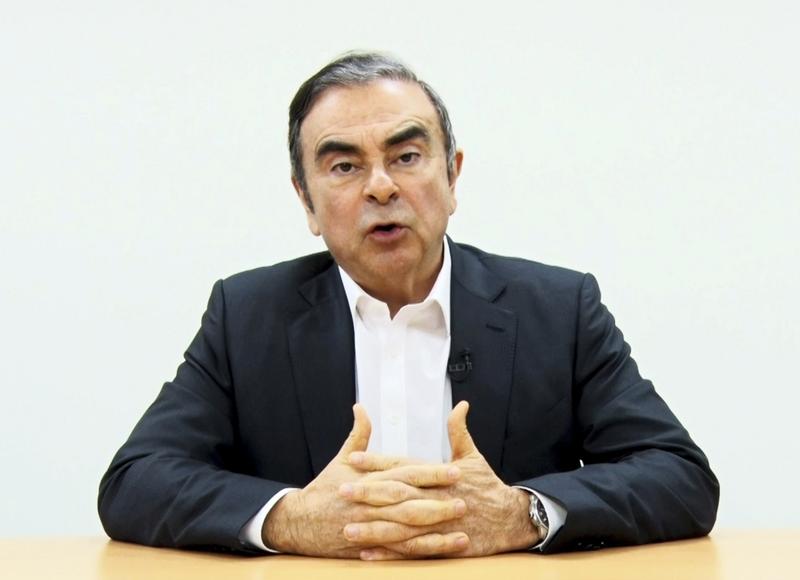 In this image made from video released by Carlos Ghosn via his lawyer Tuesday, April 9, 2019, former Nissan chairman Ghosn speaks on camera in Tokyo.

TOKYO — Ousted Nissan boss Carlos Ghosn said he was innocent and slammed former colleagues whom he accused of backstabbing and conspiring against him, in a pre-recorded video that marked his first public address since his initial arrest last year.

Prosecutors took the highly unusual step of re-arresting Ghosn last week on fresh allegations that he used company funds to enrich himself to the tune of US$5 million. The once-feted executive had been out on US$9 million bail for 30 days, during which he recorded the video screened by his lawyers on Tuesday.

In the video, shown to reporters in Tokyo, the former Nissan Motor Co chairman said he was the victim of selfish rivals bent on derailing a closer alliance between the Japanese automaker and French partner Renault SA.

Ghosn called out some individuals by name in the video but those references were removed due to legal concerns, his lead lawyer Junichiro Hironaka told reporters.

The video - together with Hironaka’s comments alleging harsh treatment by Tokyo prosecutors against Ghosn and his wife, Carole - cast Ghosn as the victim of both internal rivals and the Japanese judicial system.

He was wearing a dark jacket and a white shirt. His hands were folded in front of him as he looked into the camera and spoke in a clipped, matter-of-fact manner. His hair appeared to be greyer and his face thinner than before last year’s arrest.

The conspiracy, he said, was borne out of fear that he would bring Nissan closer to its partner and top shareholder, Renault.

“There was fear that the next step of the alliance in terms of convergence and in terms of moving towards a merger, would in a certain way threaten some people or eventually threaten the autonomy of Nissan,” he said.

Hironaka told the briefing that prosecutors were acting in a “cruel way” and putting him under intense physical and mental pressure to get a confession.

Hironaka has previously criticized the move by prosecutors to confiscate Ghosn’s belongings, including his mobile phone and trial documents, along with the mobile phones and Lebanese passport of his wife, Carole, who was present when prosecutors entered their home early in the morning last Thursday.

The lawyer said on Tuesday that Ghosn’s wife, who left Japan last week, did so out of concern for her own safety, adding she intended to protest the case to the French government.

However, France’s finance minister said on Tuesday that political interventions might not be the best way to help Ghosn, raising some questions about how much pressure Paris was willing to put on Tokyo over the issue.

The case has rocked the global auto industry and also shone a harsh light on Japan’s judicial system.

Under Japanese law, prosecutors are able to hold suspects for up to 22 days without charge and interrogate them without their lawyers present.

Such procedures have focused much attention in the West on Japan’s judicial system, which critics sometimes refer to as “hostage justice”, because defendants who deny their charges are often not granted bail.

Ghosn has been charged with under-reporting his Nissan salary for a decade, and of temporarily transferring personal financial losses to Nissan’s books. However, the new, US$5 million allegation is potentially more serious, as it could show he used company funds for his own purposes.

On Monday, Nissan shareholders ousted him as a director, severing his last tie with the automaker he rescued from near-bankruptcy two decades ago.