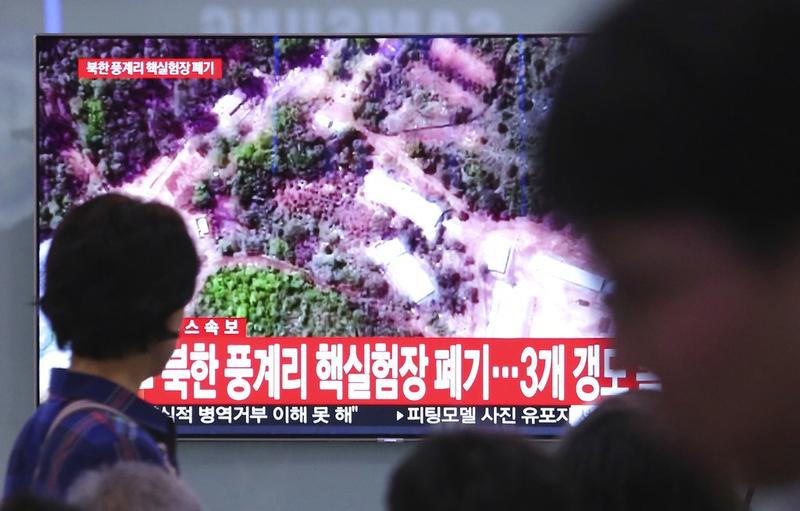 A woman watches a TV screen showing a satellite image of the Punggye-ri nuclear test site in the Democratic People’s Republic of Korea (DPRK) during a news program at the Seoul Railway Station in Seoul, the Republic of Korea, May 24, 2018. (AHN YOUNG-JOON / AP)

PYONGYANG/SEOUL – The Democratic People's Republic of Korea (DPRK) has confirmed the demolition of its Punggye-ri nuclear test site Thursday, saying all the tunnels were blown up and their entrances completely closed, according to Korean Central News Agency (KCNA).

The DPRK will remove all observation facilities and research institutes, withdraw guards and completely close the surrounding testing area

The Nuclear Weapons Institute of the DPRK issued a statement saying that a ceremony was held "for completely dismantling the northern nuclear test ground ... to ensure transparency of the discontinuance of nuclear tests."

"Dismantling the nuclear test ground was done in such a way as to make all the tunnels of the test ground collapse by explosion and completely close the tunnel entrances, and at the same time, explode some guard facilities and observation posts on the site," the statement said.

The three tunnels of the test site in the northeastern part of the country were blown up by 16:00 local time (0700 GMT), according to Xinhua reporters on site.

Pyongyang invited journalists from China, Russia, the United States and Britain to witness demolition of the site.

Following the explosion, the DPRK will remove all observation facilities and research institutes, withdraw guards and completely close the surrounding testing area.

The DPRK conducted six nuclear tests at Punggye-ri between October 2006 and September 2017. 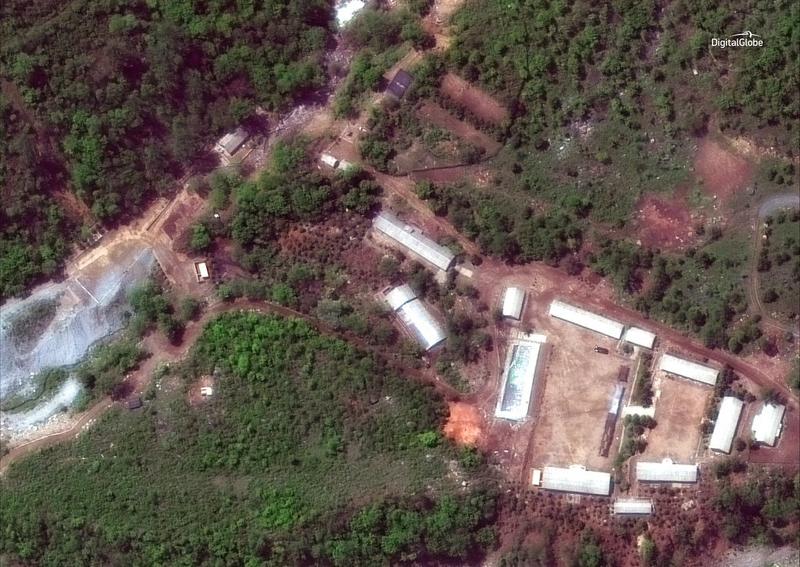 This May 23, 2018 satellite file image provided by DigitalGlobe, shows the Punggye-ri test site in the Democratic People’s Republic of Korea. (DIGITALGLOBE VIA AP)

The Third Plenary Meeting of the Seventh Central Committee of the ruling Workers' Party of Korea decided last month that the DPRK will discontinue its nuclear tests and intercontinental ballistic rocket test-fire from April 21, according to an earlier report from KCNA.

‘A STEP TOWARD COMPLETE DENUCLEARIZATION’

Welcoming the dismantling of the nuclear test site, the foreign ministry of the Republic of Korea (ROK) called it as "the first meaningful measure" taken to implement its willingness toward complete denuclearization, which was expressed during the inter-Korean summit. 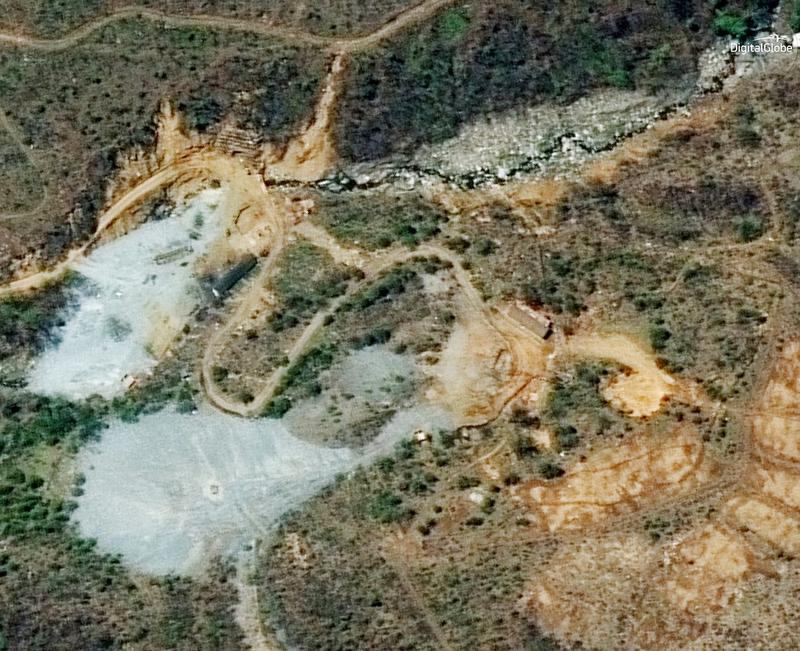 This May 7, 2018, satellite images provided by DigitalGlobe shows the Punggye-ri nuclear test site. (SATELLITE IMAGE ©2018 DIGITALGLOBE, A MAXAR COMPANY VIA A, FILE)

ROK President Moon Jae-in and DPRK leader Kim Jong-un held the third-ever inter-Korean summit on April 27 in the border village of Panmunjom, where Kim told Moon that he would dismantle the Punggye-ri nuclear test site, according to the Blue House of South Korea.

Earlier, the National Security Commission of the ROK assessed the dismantling of the Punggye-ri nuclear test site and discussed follow-up measures.