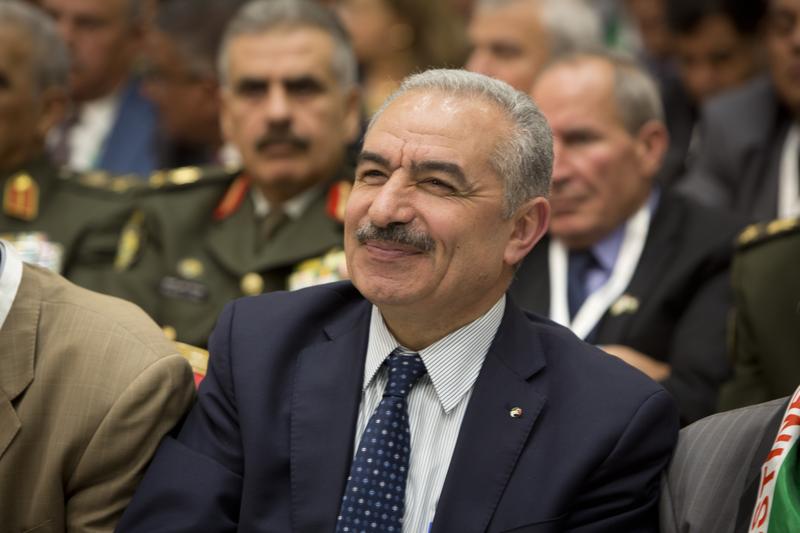 In this April 30, 2018 photo, shows a senior Fatah official Mohammad Ishtayeh during a meeting of the Palestinian National Council in the West Bank city of Ramallah. (MAJDI MOHAMMED / AP)

RAMALLAH, West Bank — The Palestinian president on Sunday chose a longtime adviser, Mohammed Ishtayeh as his new prime minister, a step that deepens the rift with the Gaza Strip's ruling Hamas militant group.

Mohammed Ishtayeh, a British-educated economist, is a top official in Abbas' Fatah movement and veteran of past rounds of peace talks with Israel

The official Wafa news agency made the announcement, saying "President Abbas has given Mohammed Ishtayeh a mandate to form a government."

The announcement puts a strong proponent of peace talks with Israel, and a fierce critic of Hamas, which has controlled the Gaza Strip since 2007, in charge of day-to-day Palestinian affairs.

Ishtayeh, a British-educated economist, is a top official in Abbas' Fatah movement and veteran of past rounds of peace talks with Israel.

Sunday's appointment reflects the failure of years of efforts to reconcile with Hamas.

Fawzi Barhoum, a Hamas spokesman, told The Associated Press that the Islamist militant group doesn't recognize the new Ishtayeh government, which he says will "widen the division and separate the West Bank from the Gaza Strip fully, and won't serve the interests of our people."

Ishtayeh succeeds Rami Hamdallah, who had overseen a unity government formed nearly five years ago with the goal of reaching a conciliation deal with Hamas.

Those attempts made little headway, and collapsed a year ago when Hamdallah's motorcade was targeted by a roadside bomb in Gaza.

Hamdallah announced his resignation in January after years of failure in reconciliation efforts.

Fed up with the lack of progress, Abbas has slashed financial support for Gaza, adding to the hardship in a territory whose economy has been battered by an Israeli and Egyptian blockade. Israel says the blockade is needed to prevent Hamas from arming.

Ishtayeh is now expected to appoint a new Cabinet of Fatah supporters with a heavy focus only on the West Bank. 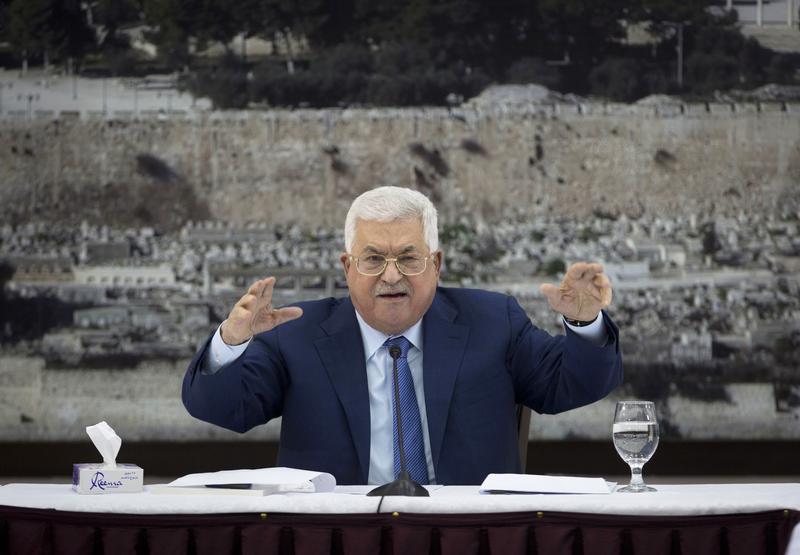 In this Dec 22, 2018 photo, Palestinian President Mahmoud Abbas speaks during a meeting of the Palestinian leadership in the West Bank city of Ramallah. (MAJDI MOHAMMED / AP)

He inherits his own financial crisis in the West Bank. The United States, traditionally the leading donor to the Palestinian government, has slashed hundreds of millions of dollars of aid since President Donald Trump took office, citing the reluctance of Palestinian leaders to enter peace talks.

The Palestinians severed ties with the US after Trump recognized contested Jerusalem as Israel's capital. They also have pre-emptively rejected a peace plan the US is said to be developing, saying the US is unfairly biased toward Israel.

The cuts in US aid have hurt the Palestinian government. The Palestinians also recently said they would no longer accept monthly tax transfers from Israel, after Israel deducted sums of money the Palestinians pay to the families of people killed or imprisoned for attacks on Israel.

The Trump administration has cited the reluctance of Palestinian leaders to enter peace negotiations with Israel as the reason for such punitive measures.

Facing a cash crunch, the Palestinian Authority was unable to pay thousands of employees their full salaries last month.

"Israel is choking the economy and causing a financial crisis for the Palestinian Authority," Abbas said Sunday during a meeting with Israeli opposition politicians. "Despite this, we are maintaining our support for the two-state solution and fighting terrorism. Our money must be returned."

Ishtayeh, who is in his early 60s, has a PhD in economic development from the University of Sussex, according to his website. He has held several senior positions, including public works minister and a past peace negotiator with Israel. He currently is head of the Palestinian Economic Council for Development and Reconstruction, a body that works with international donors on economic development projects in the Palestinian territories.