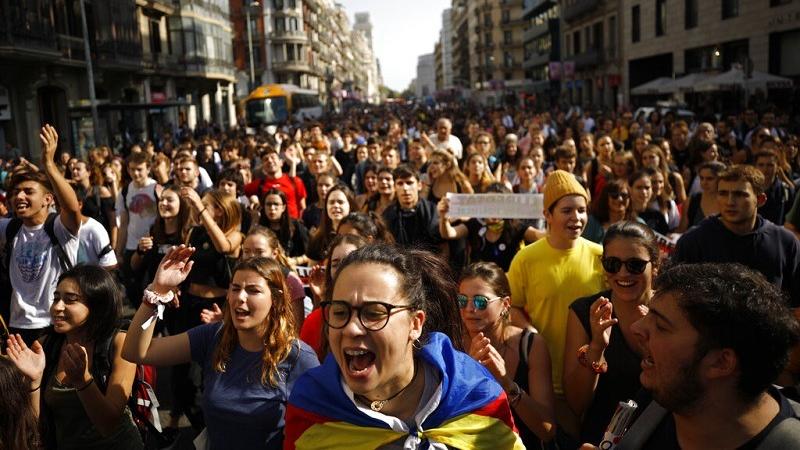 BARCELONA, Spain - Barcelona has criticized the Spanish Supreme Court's conviction of 12 Catalan politicians and activists for their role in a 2017 secession attempt, saying "prison is not the solution."

In a statement, the soccer club says the resolution of the independence debate in Catalonia must come "exclusively from political dialogue."

It called on "political leaders to lead a process of dialogue and negotiation," and pave the way for the prisoners' release.

Barcelona is one of Catalonia's most cherished institutions, with Catalan independence flags a regular feature at home games.

For years, separatists unfurled a massive banner reading "Catalonia is not Spain" at the Camp Nou.