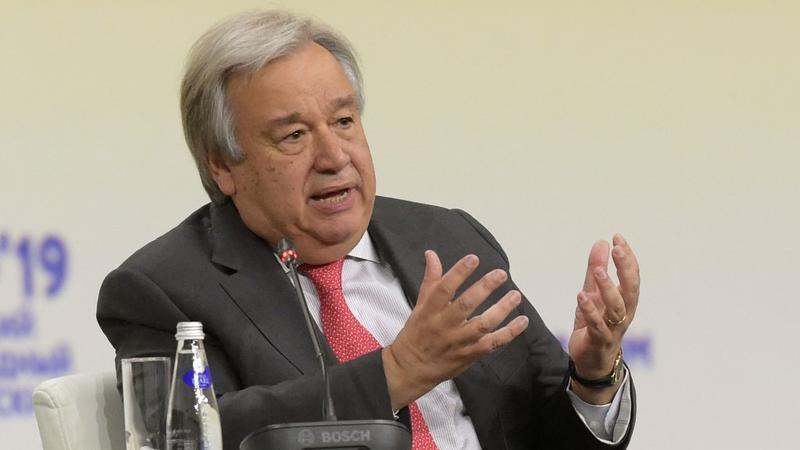 "The secretary-general has been following the situation in Jammu and Kashmir with concern and makes an appeal for maximum restraint," reads a statement issued by the UN chief's spokesman.

The secretary-general calls on all parties to refrain from taking steps that could affect the status of Jammu and Kashmir.

"The secretary-general also recalls the 1972 Agreement on bilateral relations between India and Pakistan, also known as the Simla Agreement, which states that the final status of Jammu and Kashmir is to be settled by peaceful means, in accordance with the Charter of the United Nations," it reads.

"The secretary-general is also concerned over reports of restrictions on the Indian-side of Kashmir, which could exacerbate the human rights situation in the region," the statement reads, adding, "The secretary-general calls on all parties to refrain from taking steps that could affect the status of Jammu and Kashmir."

In the lead-up to the move, India sent thousands of additional troops to the disputed region, imposing a crippling curfew, shutting down telecommunications and internet, and arresting political leaders.

The move has reportedly worsened the already-heightened tensions with neighboring Pakistan.

The UN chief on Monday urged India and Pakistan to exercise restraint, after India revoked the special status of Kashmir, which has long been a flashpoint in ties with neighboring Pakistan.

On Tuesday, Stephane Dujarric, spokesman for Guterres, declined to comment on questions at the daily press briefing that India's decision to revoke Kashmir's special status was in violation of Security Council resolutions, reiterating only that the secretary-general was following the developments in the region with concern.

Pakistan on Wednesday asked India to withdraw its high commissioner after the country decided to downgrade diplomatic relations and suspend trade ties with India during a national security committee meeting amid recent Kashmir tensions.

The Indian and Pakistani troops recently crossed fire and shelled each other several times near the Line of Actual Control in Kashmir.