Chinese master's rare art to be housed at Tsinghua University

Master painter Wu Guanzhong (1919-2010) is known for integrating the techniques of Western art with the aesthetic and philosophy of Chinese culture.

The artist, who was trained at the Hangzhou Fine Art School, now the China Academy of Art, and later at the prestigious Ecole nationale superieure des Beaux-Arts in Paris, created a distinguished, dynamic and poetic style that helped shape the art landscape of 20th-century China.

Wu is also remembered for his generosity. He made several donations of his work to public museums at home and abroad.

A year before his death, Wu donated almost all of his remaining paintings to the National Art Museum of China in Beijing, the China Art Museum in Shanghai and the Zhejiang Art Museum in Hangzhou.

His eldest son, Wu Keyu, recalls that, when mentioning the dozens of paintings left after the donations, his father asked him to keep them to "serve a very important, useful purpose in the future".

On July 1, Wu Keyu donated this body of work - 65 oil and Chinese-ink paintings and one sketch book - to Tsinghua University, where Wu Guanzhong taught for years. They have been added to the collection of the Tsinghua University Art Museum and will be featured at a grand art exhibition marking his centennial commemoration at the museum in November.

At the donation ceremony, Tsinghua also announced the establishment of the Wu Guanzhong Art Research Fund dedicated to studies of Wu's art and thought.

"No matter how many honors my father received in his lifetime, his last and formal title was a professor of Tsinghua University," Wu Keyu said at the ceremony.

"I believe I've fulfilled father's wish, donating this body of work that he entrusted to me to Tsinghua University, for a most-important purpose, as he said to me."

Wu Keyu recalls that, in his father's last days, he was bedridden because of illness. He said that after he died, "no memorial service should be held and neither a gravestone nor a burial of ashes would be needed". 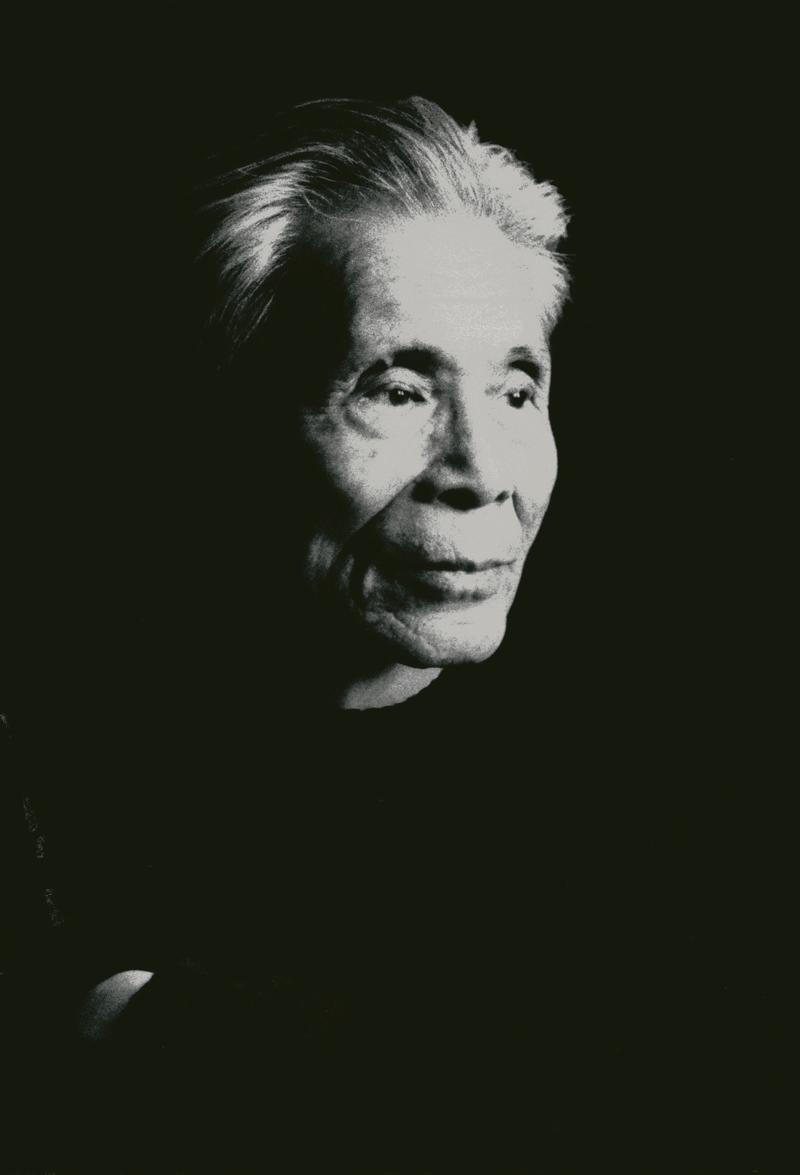 His son says: "He cared mostly about his work, because that would be what was left after him to stand the test of time."

Wu Keyu adds that his father hoped the donations of his work would not be confined to storage but would be available for public viewing at museums and galleries.

Wu Guanzhong's paintings are among the most popular displays at museums and the most sought-after among collectors.

The work donated to Tsinghua reflects his keen interest in re-creating the magnificence of nature, especially the landscapes of his homeland.

Wu Guanzhong once said: "Above all, it is mostly important to learn from nature.

"Nature always seduces us, inspires us and laughs at our conservative views, inflexibility and prejudices."

Liu Jude, an art professor of Tsinghua University and former student of Wu Guanzhong, says his teacher's enthusiasm, "feels like magma erupting below the ground", and is reminiscent of Vincent van Gogh, the Dutch painter whom he admired.

"He was genuine, zealous and fascinated when facing art," Liu says of his teacher. "Art was like his religion. He would have died for it."

Wu Guanzhong was also an advocate of the importance of art in opening people's hearts and minds.

Wu Keyu says that when his father returned to China from France in 1950, he carried three iron cases filled with painting albums with him.

"He went to study (at Ecole nationale superieure des Beaux-Arts) on government scholarships. He lived on a tight allowance. Still, he saved money to buy the albums and brought them home."

Wu Keyu says his father would take an album to class and talk about the great painter featured within.

"I was a child and could not understand the French or Japanese texts in these albums, but my father talked a lot about Vincent van Gogh, Paul Cezanne, Pablo Picasso and many other featured painters. Years later, I realized that they were all great masters of art."

The donation to Tsinghua includes a sketchbook that contains 26 drawings Wu Guanzhong produced during a journey with his students to the Great Wall and Qinhuangdao in Hebei province in 1978.

Du Pengfei, deputy director of the Tsinghua University Art Museum, says: "Every piece, including one color picture, remains intact and beautiful, and they have never been shown to the public or published."

Wu Keyu says that no matter how hard the situation was, his father remained persistent and devoted, creating art while living like an ascetic.

"He never gave up the pursuit of truth, goodness and beauty."