US urged not to condone violence

By Staff Writers and Xinhua 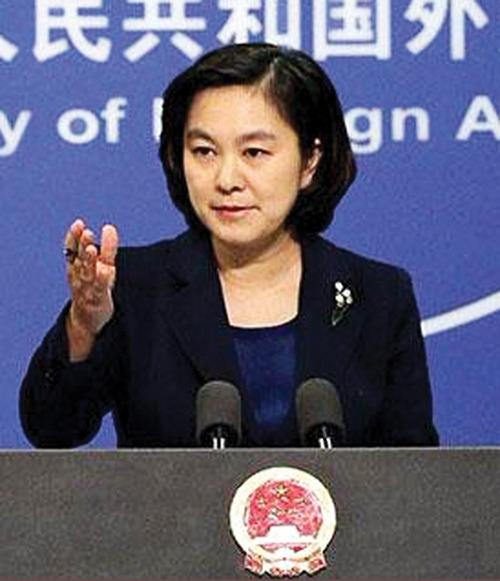 Anti-China forces have contributed to recent turmoil in the Hong Kong Special Administration Region by voicing support for radicals, ignoring escalated riots week after week, advising and funding the rioters, and harboring the suspected offenders, according to officials and analysts.

For three days in a row, wanton interference by politicians from some Western countries and Taiwan in Hong Kong affairs were highlighted and condemned by spokespeople of related Chinese authorities.

The demonstrations in Hong Kong have evolved into radical and violent activities that seriously violate the law and jeopardize the city’s security and order, Foreign Ministry spokeswoman Hua Chunying said on Aug 7, adding that any responsible government would not sit idly by in the face of such violent transgressions of the law.

Rebuking the remarks made by some US politicians that if Beijing enforces martial law in Hong Kong, the US will reevaluate its relationship with China, Hua said such words are confusing right with wrong.

“I want to ask these people, do you still remember how the US police dealt with the Occupy Wall Street movement in 2011? If Hong Kong’s radical, violent and illegal activities happened in the US, what would the US police do?” Hua said.

At a news briefing on Aug 6, Hua said: “Nancy Pelosi and other US politicians have been calling white black time and again, bolstering violent radical criminals and even beautifying and whitewashing their behaviors. They’ve wantonly smeared and vilified the just move of the SAR government and police to uphold the rule of law and order.”

Nancy Pelosi, speaker of the United States House of Representatives, and some other American lawmakers on Aug 2 urged the US government in a letter not to help the “repression” of Hong Kong’s “peaceful demonstrations” and rejected the idea of defining those demonstrations as “riots”.

Pelosi previously called the large demonstrations in Hong Kong “a beautiful sight to behold” in her remarks on June 19. She told reporters that a legislative bill they were moving “says we no longer assume that China is operating under one country, two systems”.

China has been observing the principle of “one country, two systems” in governing its Hong Kong and Macao special administrative regions for decades. The SARs exercise the capitalist system while the Chinese mainland follows the socialist path.

“Anti-China forces inside and outside the city, who have been trying to mess up Hong Kong, are the behind-the-scenes masterminds who have bolstered illegal activities,” said Yang Guang, spokesman for the Hong Kong and Macao Affairs Office of the State Council, on Aug 6.

“They have openly emboldened violent radicals, directed and funded them. They have called black white, played up fallacies, attempting to drag all Hong Kong residents into political wrangling,” Yang said in a news briefing in Beijing.

A simple review of publications could easily spot open but irresponsible remarks by these politicians since February to support the protesters and interfere in Hong Kong’s affairs.

On Aug 5, Hua urged US politicians to stop conniving at violent criminals, and undermining the administering by the government of the HKSAR in accordance with law and interfering in Hong Kong affairs.

In recent weeks, violent radicals in Hong Kong smashed their way into the Legislative Building and the Liaison Office of the Central People’s Government in the HKSAR. They attacked police, wantonly vandalized public facilities, obstructed public traffic and illegally stored dangerous goods and offensive weapons. They also tarnished the national emblem and national flag.

Those scenes have been witnessed around the world. Hua asked how individuals in the United States can call such acts “peaceful demonstrations”.

“All people with conscience will agree those violent behaviors have already crossed the bottom line of any civilized society,” said Hua. “Such things simply cannot be tolerated.”

She said the US side has turned a blind eye to the actions of its own law enforcement, while trying to smear the reputation of Hong Kong’s.

Also on Aug 6, a spokesperson for the Office of the Commissioner of the Ministry of Foreign Affairs of China in the HKSAR expressed stern opposition to the erroneous remarks made by Pelosi.

It is the blatant support of interfering foreign forces that has made the violent lawbreakers more reckless and lawless, the spokesperson said.