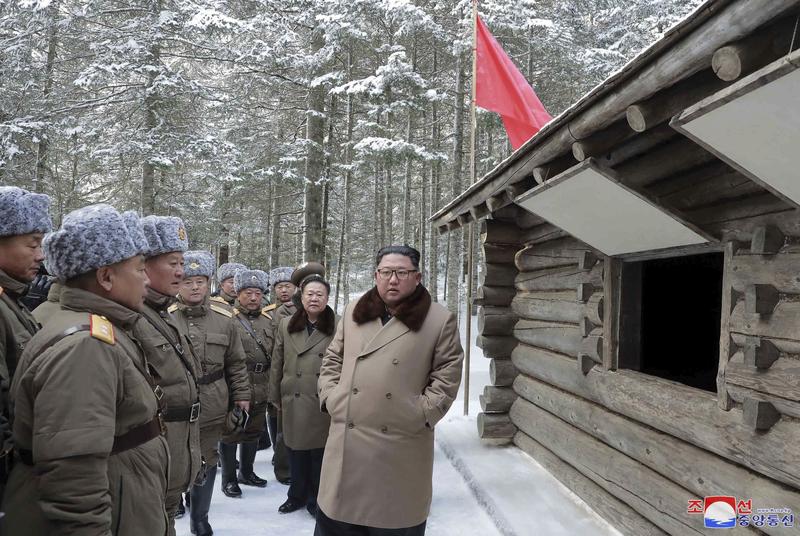 UNITED NATIONS — The Democratic People's republic of Korea (DPRK) said on Dec 7, 2019 that denuclearization has “already gone out of the negotiation table” and it does not need to have lengthy talks with the United States as the end-of-year deadline set by its leader Kim Jong-un for substantial US concessions in nuclear diplomacy looms.

A statement released by DPRK’s UN ambassador, Kim Song, accused the Trump administration of persistently pursuing a “hostile policy” toward the country “in its attempt to stifle it.” He also said Washington's claims it is engaged in a “sustained and substantial dialogue” with Pyongyang solely for “its domestic political agenda.”

“We do not need to have lengthy talks with the US now and the denuclearization is already gone out of the negotiation table,” he said.

Song’s statement was a response to Wednesday’s condemnation by six European countries of DPRK’s 13 ballistic missile launches since May. He accused the Europeans — France, Germany, Britain, Belgium, Poland and Estonia — of playing “the role of pet dog of the United States in recent months.” He called their statement “yet another serious provocation” against DPRK’s “righteous measures of strengthening national defense capabilities.”

“We regard their behavior as nothing more than a despicable act of intentionally flattering the United States,” Song said.

His comments follow other recent DPRK statements indicating that prospects are dim for a resumption of nuclear diplomacy between the United States and DPRK.

On Thursday, DPRK’s first vice-foreign minister, Choe Son-hui, issued a warning threatening to resume insults of US President Donald Trump and consider him a “dotard” if he keeps using provocative language, such as referring to DPRK's leader as “rocket man.”

His statement via state media came days after Trump spoke of possible military action toward the DPRK and revived his “rocket man” nickname for DPRK’s Kim Jong-un.

DPRK has ramped up its missile tests in recent months, and experts say the launches are likely to continue as a way to pressure Washington into meeting Pyongyang’s demand for new proposals to revive nuclear diplomacy by the end of December.

Diplomatic efforts have largely remained deadlocked since a second summit between Trump and the DPRK’s leader failed last February.

DPRK’s Foreign Ministry said Tuesday that it is entirely up to the United States to choose what “Christmas gift” it gets from the DPRK.

DPRK officials have previously said whether DPRK lifts its moratorium on long-range missile and nuclear tests depends on what actions the US takes.

When Trump and Kim held their first summit in Singapore in June 2018, DPRK said it was willing to deal away its advancing nuclear arsenal in return for outside political and economic benefits.

Before the Singapore talks, DPRK had long said it would denuclearize only if the US withdrew its 28,500 troops from the Republic of Korea (ROK), ended military drills with the ROK and took other steps to guarantee the DPRK's security.

But many foreign experts doubt whether DPRK would completely abandon a nuclear program that it has built after decades of struggle and sees as essential to its survival.