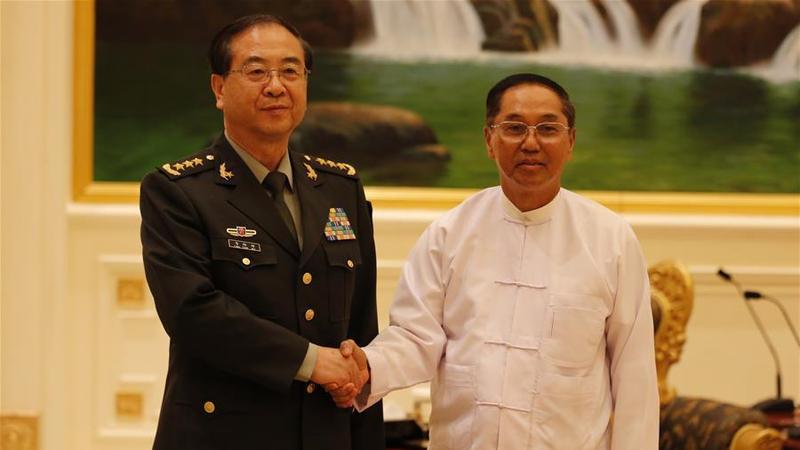 There are no no-go zones; no ground is left unturned; and no tolerance is shown for corruption

"The decision to transfer Fang's case to military prosecutors shows the CPC Central Committee's clear attitude in ensuring full and strict governance over the Party and the military, and its resolve to fight corruption with zero tolerance," said the PLA Daily in an article Wednesday.

Fang, also former chief of staff of the CMC Joint Staff Department, has been transferred to the military prosecution authority on suspicion of offering and accepting bribes, according to a decision by the CPC Central Committee released Tuesday.

"As a high-level Party and military official, Fang shook his ideals and beliefs, abandoned the purpose of the CPC, became politically degenerate, economically insatiable, and completely deviated from the Party's principles," the article said. "Fang betrayed the trust of the CPC Central Committee and the CMC and let the people down, and severely tarnished the image of the Party, the military and leading officials."

The handling of Fang's case is an important part of the efforts to eliminate the pernicious influence of Guo Boxiong and Xu Caihou, former CMC vice chairmen, according to the article.

The article said that the 19th CPC National Congress had outlined a blueprint for building a strong country with a strong army, and urged  strict governance over the Party, and the governing of the military with strict discipline in all respects.

"The cases of Fang and Zhang Yang, both former members of the CPC Central Military Commission suspected of offering and accepting bribes, have deeply warned us," it said.

"Although overwhelming momentum has been achieved in the anti-corruption fight, the situation is still serious and the army has a long way to go in stepping up efforts to improve conduct, building integrity and combating corruption," it said.

"There are no no-go zones; no ground is left unturned; and no tolerance is shown for corruption," the article said, urging the imposition of tight constraints and a tough stance and long-term deterrence in fighting corruption.

"All military personnel, especially leading officials, should learn a lesson from Fang's case, keep loyalty to the Party, maintain and implement a system in which the chairman of the CMC has overall responsibility for the military, and must not be a two-faced person, to strive for the goal of building a strong army in the new era," it said.