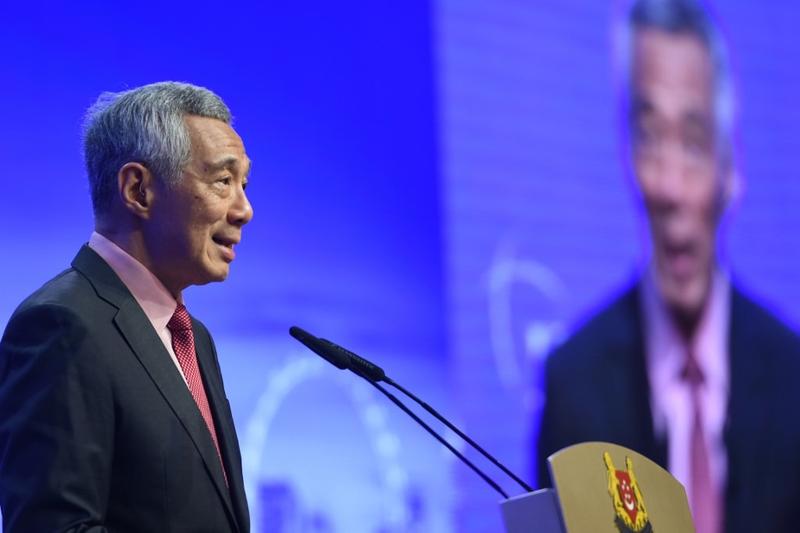 Singapore's Prime Minister Lee Hsien Loong speaks during the opening of the IISS Shangri-La Dialogue summit in Singapore on May 31, 2019. (ROSLAN RAHMAN / AFP)

SINGAPORG - The major demands put forward by the Hong Kong demonstrators are not meant to be a program to solve Hong Kong's problems, but are "intended to humiliate and bring down the government," Singaporean Prime Minister Lee Hsien Loong said.

Those are demands which are intended to humiliate and bring down the government. And then what?

Lee made the remarks on Wednesday during a one-to-one dialogue with Steve Forbes, chairman and editor-in-chief at Forbes Media, on the second night of the Forbes Global CEO Conference at the Shangri-La Hotel Singapore.

The prime minister suggested people in Hong Kong take steps, which will not overcome all of the problems at once but progressively tackle the issues.

Hong Kong is a special administrative region (SAR) of China and it has to "live and work" within the SAR framework, which is the basic law, the prime minister said.

Lee said that it requires a lot of political courage for the Hong Kong SAR government to undertake solutions to tackle the problems including highly-priced housing. But before such progress can be made, Lee said it is necessary for "temperatures to come down" first before people can work together.

"You must be prepared to make changes which will have very significant social and economic consequences, and so far the SAR governments have gone for conservative approaches and the problem has not really significantly improved,” he said.

Responding to a question about the implications of the ongoing Hong Kong protest for Singapore, Lee said that Singapore looks at the situation with concern.

This is because Singapore thrives best in a stable region where other economies are prospering and Singapore can continue to do business with them, and there is a general confidence in the region, said Lee.

At the dialogue, Lee also spoke about Singapore's efforts to tackle climate change, its population challenge and how it will strive to work closely with other members of the Association of Southeast Asian Nations (ASEAN).

The annual event is attended by some 400 global CEOs, tycoons, entrepreneurs, capitalists and thought leaders.