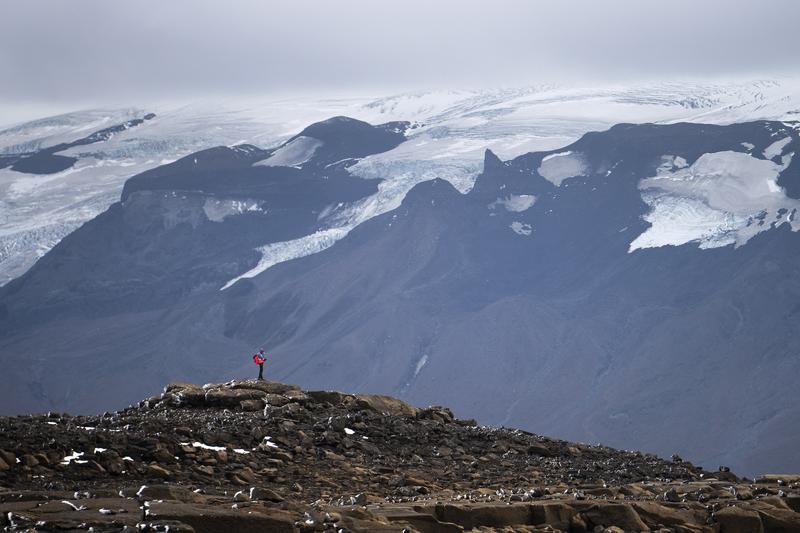 OKJOKULL GLACIER — It was a funeral for ice.

With poetry, moments of silence and political speeches about the urgent need to fight climate change, Icelandic officials, activists and others bade goodbye to what once was a glacier.

Icelandic geologist Oddur Sigurðsson pronounced the Okjokull glacier extinct about a decade ago. But on Sunday he brought a death certificate to the made-for-media memorial.

The symbolic death of a glacier is a warning to us, and we need action

After about 100 people made a two-hour hike up a volcano, children installed a memorial plaque to the glacier, now called just "Ok," minus the Icelandic word for glacier. 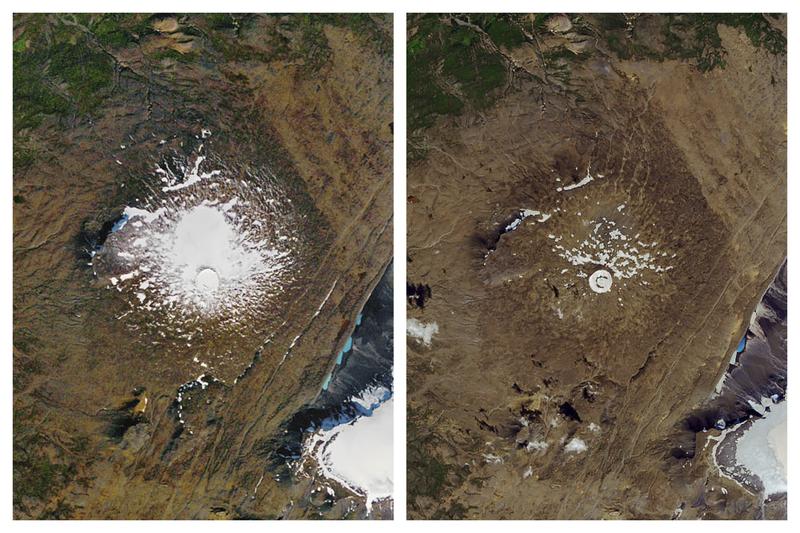 This combination of Sept 14, 1986, left, and Aug 1, 2019 photos provided by NASA shows the shrinking of the Okjokull glacier on the Ok volcano in west-central Iceland. (PHOTO / NASA / AP)

"The symbolic death of a glacier is a warning to us, and we need action," former Irish president Mary Robinson said.

This was Iceland's first glacier to disappear. But Sigurdsson said all of the nation's ice masses will be gone in 200 years.

"We see the consequences of the climate crisis," Icelandic Prime Minister Katrín Jakobsdóttir said. "We have no time to lose." 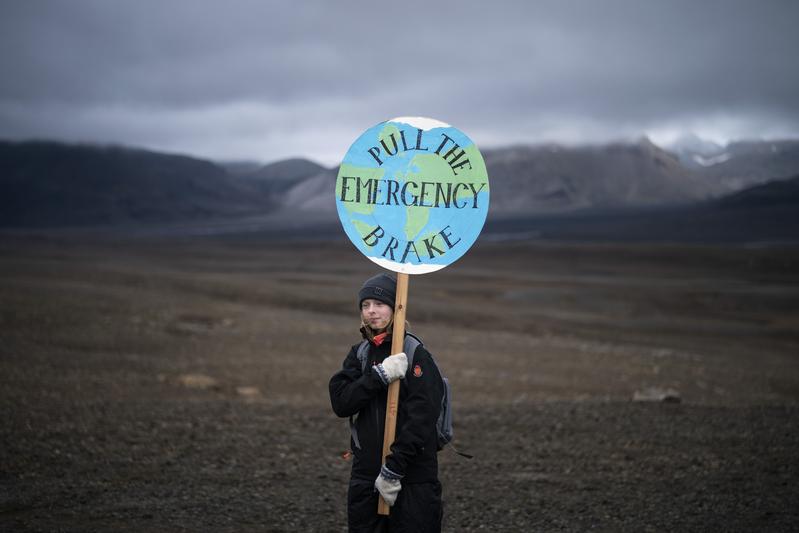 A girl holds a sign that reads 'pull the emergency brake' as she attends a ceremony in the area which once was the Okjokull glacier, in Iceland, Aug 18, 2019. (FELIPE DANA / AP)

Jakobsdottir said she will make climate change a priority when Nordic leaders and German Chancellor Angela Merkel meet in Reykjavik on Tuesday.

"I know my grandchildren will ask me how this day was and why I didn't do enough," said Gunnhildur Hallgrimsdottir, 17.

The plaque, which notes the level of heat-trapping carbon dioxide, also bears a message to the future: "This monument is to acknowledge that we know what is happening and what needs to be done. Only you know if we did it."