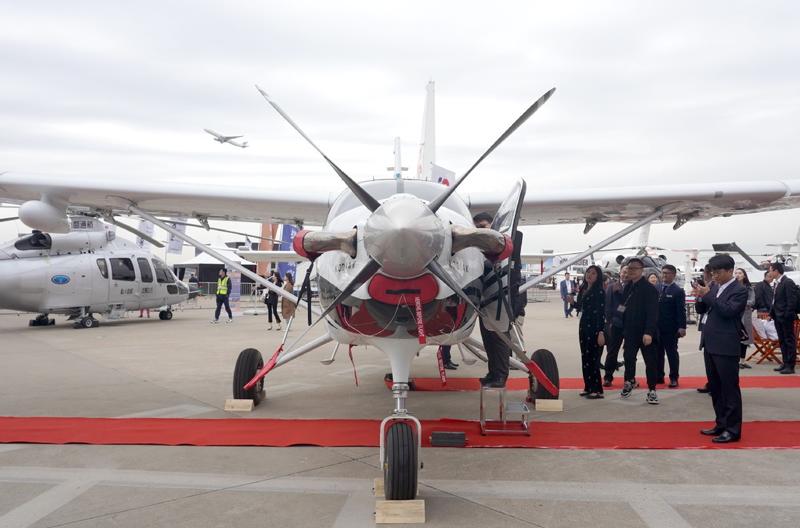 Business jets and helicopters are finding increased use in China, thanks to the burgeoning demand for air travel for passenger and commercial purposes, experts said.

In December 2018, the Civil Aviation Administration of China drew up a blueprint for the country's civil aviation to build China into an aviation powerhouse by 2050 through three phases.

According to the CAAC, during the first phase, from now until 2020, a balance needs to be struck between supply and demand by boosting infrastructure, airspace and expertise, to make China a global leader in air transportation.

The increase in the number of airports and runways across China will not only support the development of commercial aviation, but also promote the overall aviation industry including general aviation

Mike Shih, Vice-president of strategy and business development of Textron Aviation in China

During the second phase, the total number of airports will increase from 234 to 450 by 2035, and the competitiveness of Beijing, Guangzhou and Shanghai as international hubs will be greatly enhanced.

In the third phase, from 2036 to 2050, China plans to become a powerhouse for civil aviation, and a complete general aviation system and industrial chain will be formed.

"The increase in the number of airports and runways across China will not only support the development of commercial aviation, but also promote the overall aviation industry including general aviation," said Mike Shih, vice-president of strategy and business development of Textron Aviation in China.

Business aviation involves the manufacturing, use and support of mostly small general airplanes for business purposes.

"Because the growth potential is there, with a few changes to infrastructure, that number could grow significantly," said David Dixon, president of Jetcraft Asia.

According to him, an improvement in airport access will greatly help the industry grow.

"The airplane is a tremendous business tool, as it allows you to maximize time. So that's fundamental to the future of business aviation," said Ed Bolen, president and CEO of the National Business Aviation Association based in Washington, DC.

There is no other tool that can effectively and efficiently bring people face to face, said Bolen. "You can use computers to convey information, but something important and magical happens when people are face to face."

"When you look at a corporate helicopter, it's not just for representation purposes, it's really a business tool. It's mostly about convenience and efficiency," said Jacinto Monge, managing director of Bell North Asia. He believed there would be growth in the business aviation segment.

After the past few years of highspeed development, the business aviation sector is currently undergoing a shift from quantity growth to quality growth with a focus on the overall prosperity of the entire industrial chain, said Lu Xun, chairman of the Shanghai Hawker Pacific Business Aviation Service Center.

According to Lu, the deepening of aerospace reform and industrial integration will bring opportunities to the business aviation industry in China, making it more open, better organized and healthier.

Monge said the CAAC is doing a good job in developing infrastructure. "We saw a huge increase, year-on-year ... and that was encouraging. There are some initiatives under way and I think that is the most critical factor because you can really change things."

He said the gradual removal of restrictions in aerospace will bring about amazing growth going forward.

Paul Desgrosseilliers, general manager of ExecuJet Haite Aviation Services China Co Ltd, sees a number of opportunities across different aspects of service including aircraft management, MRO (maintenance, repair and operations), FBO (fixed-base operator) services, and some of the support functions within those services.

"I think it is really across the entire business aviation service portfolio," he said.

Because general aviation contains such a broad spectrum, it could develop stably even if the business aviation sector sees slower growth, as it did last year, said Shih.

Business aviation in Asia and China has encountered adjustments due to economic challenges. As a result, the Chinese mainland business aviation growth rate decreased significantly to－2 percent in 2018 from 10 percent in 2017, because some owners dispose of their aircraft, said Jeffrey Lowe, managing director of Asian Sky Group. According to him, the Chinese mainland is currently operating the largest fleet in the Asia-Pacific region of 338 business jets.

"The need has not changed," said Lowe. He added that in the coming year, with more economic stimulus including tax reductions and easier access to capital, demand would rise for corporate jets and pre-owned aircraft, as they are good value.

"But there are people replacing and upgrading old aircraft for something new," said Dixon from Jetcraft Asia, who believes this will present opportunities to companies like Jetcraft, which deals with both new and pre-owned aircraft.

Dixon sees opportunities driven by the development of inland regions in China. "So you increase airports, give access to those airports, and then people can fly in, invest in the area, build factories, employ people and manufacture," he said.