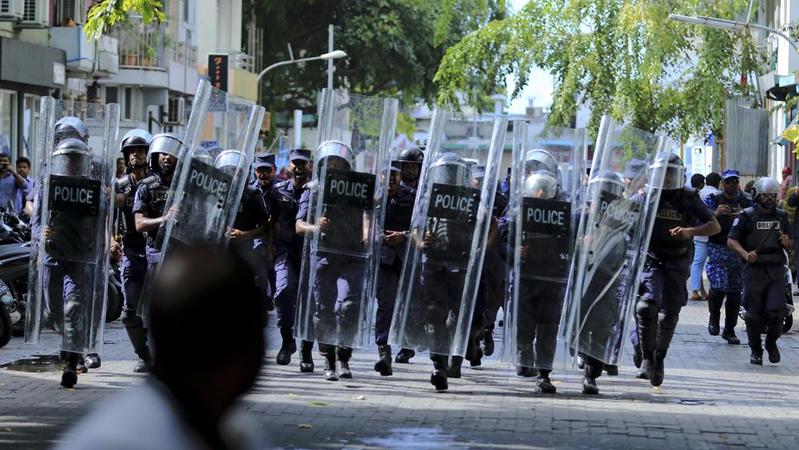 Police block the road leading to the parliament building in Male, Maldives, July 24, 2017. The Maldivian opposition says the military has locked down parliament on the orders of the country's president in a bid to prevent lawmakers from taking part in a vote to impeach the parliamentary speaker. (Ahmed Shurau / AP)

COLOMBO — Outside governments are asking the Maldives to restore its legislature's independence, days after the opposition said parliament was locked down on orders from the president in an attempt to prevent a vote to impeach the parliamentary speaker.

Sri Lanka-based embassies from the US, Canada, Britain, Germany, France, Italy, the Netherlands, Norway and Switzerland, as well as the EU delegation to Sri Lanka and the Maldives, say they're "alarmed by the recent incidents in Maldives," which "seriously damage and undermine democracy." 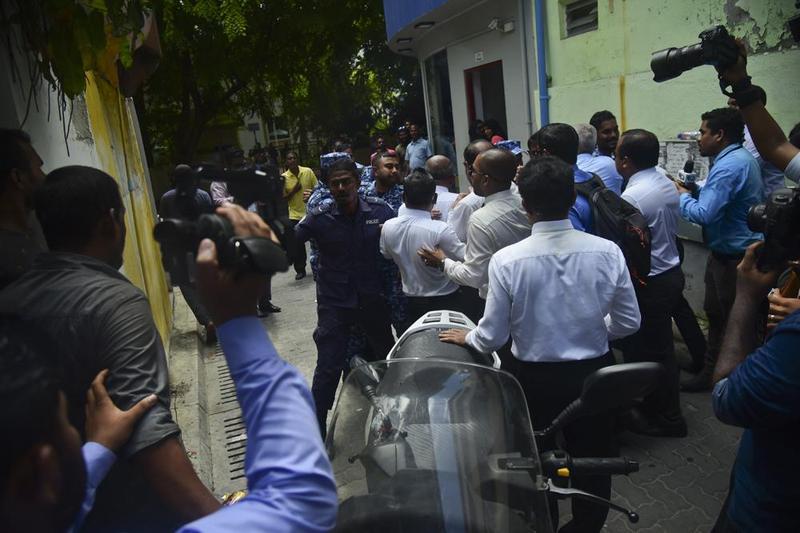 The Maldives' opposition has accused members of the armed forces of padlocking the gates of parliament on Monday on orders from President Yameen Abdul Gayoom to prevent a vote on a no-confidence motion against Speaker Abdulla Maseeh Mohamed.

The government, however, said no voting had been scheduled for Monday.