My deal or no deal, PM May says in Brexit speech to the nation 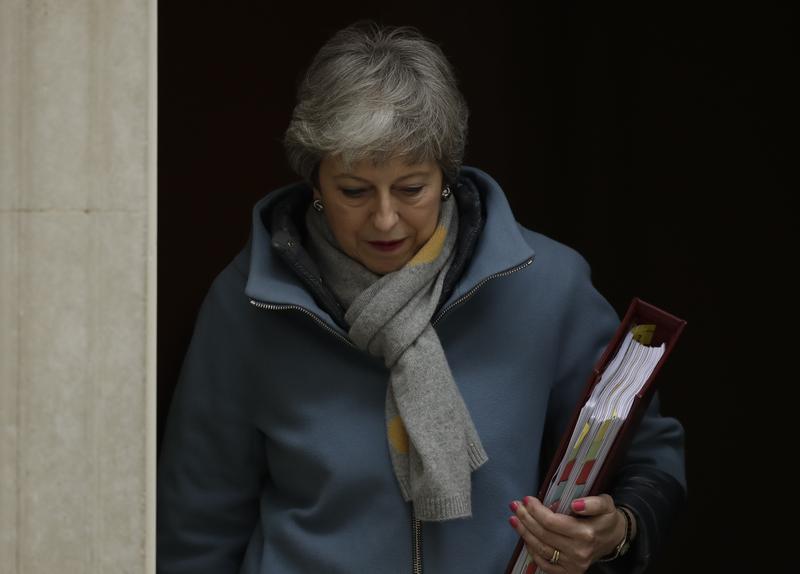 LONDON — Britain's Prime Minister Theresa May announced Wednesday she will not delay Britain's departure from the European Union beyond June, ruling out a further extension if MPs reject her Brexit deal.

PM Theresa May said in her short speech she will work night and day to try and convince MPs from her own Conservative Party, as well as the Democratic Unionist Party and others to back her deal

Her message from 10 Downing Street to the British people came after another tense day in the House of Commons when she announced she has asked EU Council President Donald Tusk to delay Britain's exit from the bloc.

Her forceful message was throwing down the gauntlet to MPs that if they reject her deal there will be no deal, paving the way for Britain leaving the EU after a membership of 46 years.

Political commentators said the speech was a risky tactic for May because of the way she criticized MPs, the very politicians she needs to get her deal over the line.

It was a change to her stance last week when she said she would seek a longer extension from Brussels if MPs rejected her deal.

But its clear May was furious when this week the Speaker of the House of Commons ruled that May could not present her Brexit bill a third time to MPs unless there were dramatic changes. 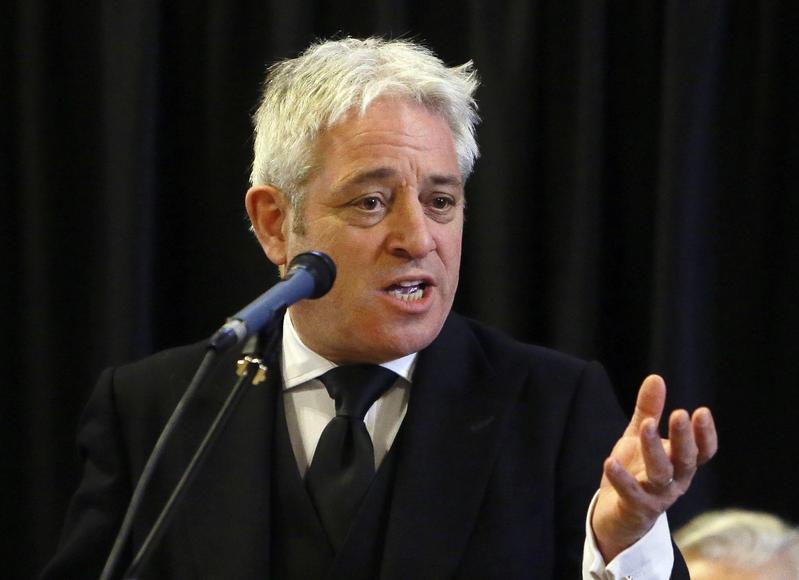 In this March 22, 2018 photo, John Bercow, Speaker of the House of Commons speaks at Westminster Hall inside the Palace of Westminster in London. (ALASTAIR GRANT / AP)

May heads to the EU Council meeting Thursday hoping to gather some words to add to her deal to enable it to be put before the Commons, probably next week, a third time.

It will be a risk factor for the Prime Minister because her deal has already been rejected twice, the first time by 230 votes, the highest ever defeat in British political history, and by 149 votes last week.

By insisting she would not keep Britain in the EU beyond June, May is effectively giving squabbling MPs the chance to accept her deal or risk no deal.

May started her statement by saying it was of great personal regret that Britain is not leaving on March 29, the departure date set in 2017 when the British government voted by a big margin to trigger the two-year countdown mechanism.

She added people were tired of MPs talking about nothing else but Brexit when there are real concerns about children's schools, the National Health Service, and knife crime.

May accused MPs of just being willing to say is what they do not want.

"Some argue that I am making the wrong choice, and I should ask for a longer extension to the end of the year or beyond, to give more time for politicians to argue over the way forward. That would mean asking you to vote in European Elections, nearly three years after our country decided to leave," she said in her message.

Earlier Donald Tusk, the president of the European Council, suggested that EU leaders will only approve May's request for a three month delay if MPs approve her Brexit deal next week.

Tusk said in Brussels a short extension to Britain's exit would be possible, but it would be conditional on a positive vote on the Withdrawal Agreement in the House of Commons. 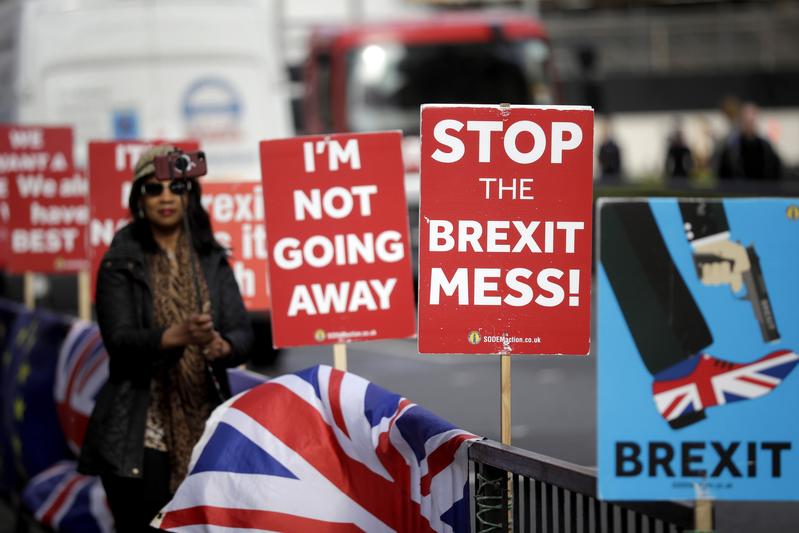 A tourist takes a selfie next to placards placed by anti-Brexit supporters stand opposite the Houses of Parliament in London, March 18, 2019. (MATT DUNHAM / AP)

May said in her short speech she will work night and day to try and convince MPs from her own Conservative Party, as well as the Democratic Unionist Party (DUP) and others to back her deal.

Warning that a delay beyond June would mean British people having to vote in EU parliament elections, May said it would be bitter and divisive at the time that the country needs to come back together.

Reaction from MPs was swift with former Attorney General Dominic Grieve, who backs a second referendum saying he will not be bullied by anybody in Government to support something he does not believe in.

Liberal Democrat politician Ed Davey commented: "Theresa May has lost it. Threatening our country with a 'No Deal' Brexit is not leadership."

Media reports in London said that at a private meeting with leaders of political parties ahead of her statement, she ruled out an option of calling a snap election.