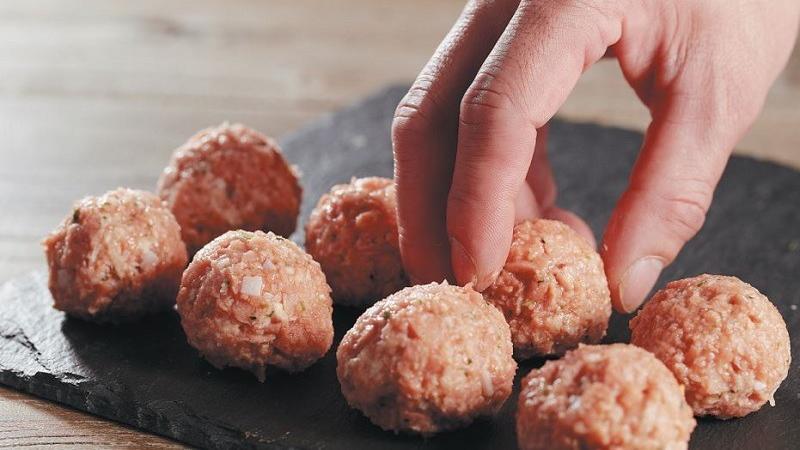 The Year of the Pig has failed to offer much comfort to the hog industry on the Chinese mainland, which has been ravaged by African swine fever, and some are betting big on making it the year plant-based meat substitute takes off in the world's second-largest economy and throughout Asia.

David Yeung, founder of social enterprise Green Monday, plant-based concept store Green Common, and Right Treat, hopes to take a bite out of the massive meat market in China, the world's biggest producer and consumer of pork, with "Omnipork."

Concocted by a research team in North America and produced in a factory in Thailand, Omnipork is made from soy, peas, shiitake mushrooms and rice protein, but it tries to mimic the taste, feel, texture and color of real pork. What it also looks to replicate is the runaway success of US-based plant-based meat substitute companies Beyond Meat and Impossible Foods, whose stunning trading debut in Nasdaq and latest round of funding respectively have sent a strong message that plant-based alternatives are now a nationwide, or even worldwide, trend.

The meatless craze has what it takes to succeed in Asia, a region known for its appetite for pork and a dazzling array of ways to cook it

The meatless craze has what it takes to succeed in Asia, a region known for its appetite for pork and a dazzling array of ways to cook it.

Impossible Foods, a Silicon Valley startup, has lost no time in joining the fray. It has its eyes trained on Asia, which contributes 44 percent of global demand for meat, as the first market after its home turf, the United States, to have the greatest impact.

The company, whose offerings include cow-free burgers and sausages with vegan pork and chicken products said to be next on the agenda, expanded its footprint to Singapore in March after entering Hong Kong and Macao last year, said Nick Halla, senior vice-president international at Impossible Foods.

Its recent Series E funding round of US$300 million, which has brought the firm's total funding to more than US$750 million, offers a glimpse of how alternatives to meat are taking the food industry by storm.

Since its launch in Singapore, sales have increased in Asia more than fourfold within just a few months, pointing to the continent's craving for plant-based substitutes for meat. The company's product Impossible Meat is currently available in more than 180 restaurants across Hong Kong, Macao and more than 80 in Singapore, Halla said.

The plant-based meat substitute aims to please both meat-lovers and vegetarians by re-creating the experience of eating animal-derived meat without the environmental or ethical drawbacks, is not just for herbivores or carnivores.

The prefix omni indicates that the product is designed to go beyond a small, vegan niche, and that it can be used in many ways - steam it, fry it, pan fry it, and stuff it in dumplings and meatballs, Yeung said.

"This is something ready for all purposes and for everyone everywhere," Yeung said.

Likewise, Impossible Foods highlights its product's ability to make the leap from pizza to burgers to Vietnamese pho and Italian Bolognese with no compromise on taste and satisfying the most discerning foodies and trendsetting chefs the world over. 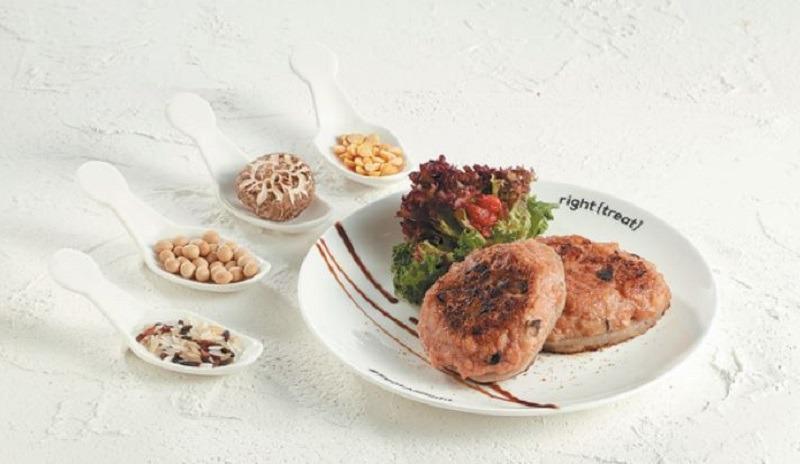 "When it comes to sustainability, there is a lot of talk revolving around renewable energy and green transportation. However, food stands as a component that should not be overlooked.

"The food itself is innovative. And how chefs cook it is also innovative," he said. "Today, sustainability cannot just purely be a charity. Instead, it must come with innovation," Yeung said.

The high-tech approach really stands as the answer behind the aim of makers of animal-free products to revolutionize the idea of meat.According to Halla, the "magic ingredient" is an iron-containing molecule called heme, found in animals and plants, which gives meat its flavor.

The sheer power of technology gives the company's "bleeding "vegan meat patties a flavor, color and texture close to real meat, and even enables it to become a juicier and meatier version, he said.

Since Omnipork's debut in Hong Kong last year, it has been put on the menus of hundreds of restaurants around the city. It is now on sale in Hong Kong, Macao, Taiwan, Singapore and Thailand. Right Treat, which developed Omnipork, plans to make inroads into the Chinese mainland by the end of the third quarter of this year.

As the world's biggest producer and consumer of pork, the Chinese mainland is a market where plant-based protein makers like Right Treat cannot afford to miss the boat, Yeung said. The sheer size of its vegan population and younger generation who care about "conscious consumption", make for a major driving force for a nationwide dietary shift.

"Fundamental change comes from two sources - what people want and what people fear. They are the pull and push," he said.

Yeung believes the desire for dietary change is already there. And fear has its roots in mounting concerns over food safety and African swine fever, which place the country's supply chain of protein in jeopardy and push the traditional animal husbandry industry to breaking point.

Initially, Omnipork will be rolled out in first-tier cities, where people tend to be more open-minded, more ready to try something new, and more connected to global trends, Yeung said.

But the nation's burgeoning e-commerce means geographical location is not really an issue for Right Treat, enabling the company to reach out to consumers in the smaller cities, towns and villages that more than a billion Chinese call home, he said. 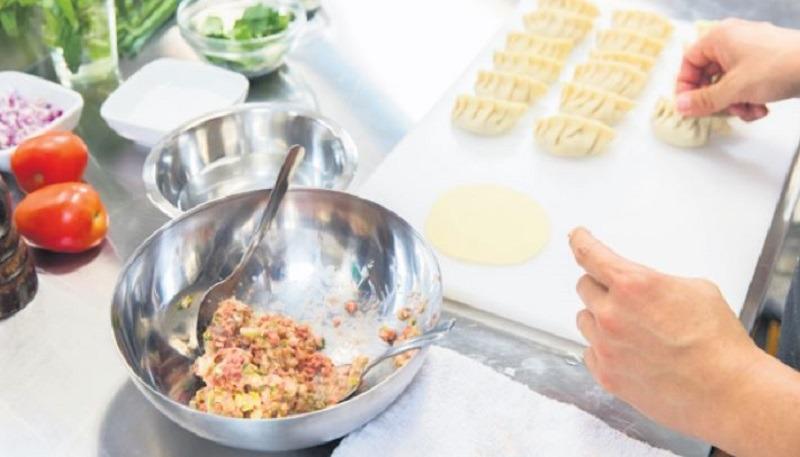 Yeung has no doubt that the plant-based product will catch on in China.

"For 5,000 years, China was not a coffee drinking country. But today, coffee shops are everywhere," Yeung said. "In the past, Chinese people were not steak lovers. But now, McDonalds is everywhere."

"China is absolutely on our radar," said Halla, who, however, did not reveal specific timelines.

Yeung, an early investor in Beyond Meat and a longtime vegetarian, said Right Treat's mission is not narrowly defined as bringing veganism to the meat-eating masses. It creates a harmonious way that everyone can eat and go green together without much sense of personal sacrifice.

Price might be an issue. A 230-gram pack of Omnipork now retails for about HK$43(US$5.5). But an outbreak of African swine fever has already pushed up retail pork prices in China and Nomura forecasts prices of the staple meat will hit a peak of 33 yuan (US$4.8) per kilogram in January 2020, from the 18.5 yuan-per-kilogram price point in February this year, representing a roughly 78 percent surge.

As production expands, Yeung believed economy of scale would help reduce Omnipork's price. The price is underscored by the plant-based meat substitute's nutritional benefits, he said.

But not everyone agrees with this argument. Despite alternatives to meat heralding a new era of food technology and being the mainstay of a brand new business projected to be worth US$140 billion over the next 10 years, former US Agriculture Secretary Dan Glickman said there is a lack of nutritional science to support producers' claims.

The question of whether plant-based meat substitutes are better for consumers than meat remains open, Glickman said in an interview with CNBC recently.

"It certainly won't hurt you. It can be tasty. But it doesn't mean it's better for you," he said.

For people who worry about food shortages and climate change, the importance of meat as an integral part of the diet still cannot be denied, he said. More research needs to be done before jumping to conclusions that plant-based products are better nutrition providers.