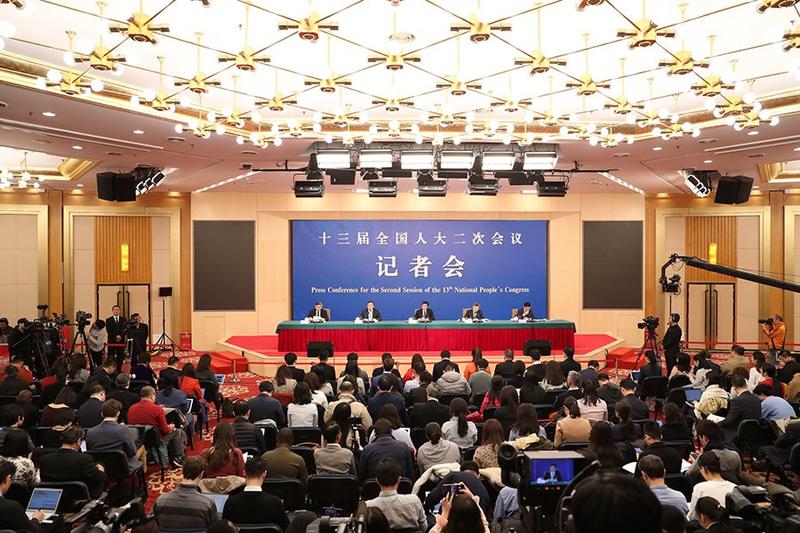 The Ministry of Commerce holds a news conference in Beijing on March 9, 2019. (XU JINGXING / chinadaily.com.cn)

BEIJING - China will take a string of measures to maintain stable trade growth in 2019, the country's commerce minister said Saturday.

The commerce ministry will implement a raft of trade facilitation policies and measures in export credit insurance, financing and others to reduce burdens and improve efficiency for foreign trade companies, Zhong Shan, China's Minister of Commerce, told a press conference on the sidelines of the annual legislative session.

Efforts will also be stepped up in improving the business environment to shore up enterprises' confidence, Zhong added

Efforts will also be stepped up in improving the business environment to shore up enterprises' confidence, Zhong added.

China will promote international cooperation via the Belt and Road Initiative, and explore emerging trade markets while building on traditional ones, he said.

"Generally speaking, China's trade is huge in scale, but not competitive enough," Zhong said, adding that the ministry will encourage exports of high-tech, high-quality and high-value-added products.

Imports will be expanded in scale and optimized in structure to meet domestic demands, according to him.

The ministry will support enterprises' innovation in technologies, systems and management to boost market competitiveness and encourage development of new trade businesses and models, Zhong added.

Zhong also said that the structure of China's consumption has kept improving as consumption contributes more to economic growth.

The quality of consumption has become better with personalized, diversified and customized consumption burgeoning, Minister of Commerce Zhong Shan said

Consumption of services grew faster than that of goods, with its share rising to 49.5 percent last year, a sign of improved consumption structure, Zhong said.

The quality of consumption has also become better with personalized, diversified and customized consumption burgeoning, he said.

"China is already a major consumption power," he said.

ALSO READ: China to boost consumption to shore up economy

China will promote the development of a robust domestic market this year, with measures focusing on unleashing the potential of both urban and rural consumption and promoting spending on services such as elderly care, the minister said.

Meanwhile, Vice Minister of Commerce Wang Shouwen said he sees "hope" in the prospect of China-US economic and trade consultations.

"Teams from both countries are trying their best to implement the consensus reached by the two countries' heads of state," Wang said.

The two teams have had three rounds of consultations over more than three months, he said.

Reaching a mutually beneficial and win-win agreement conforms to the interests of both countries and the world's expectation, Wang said. 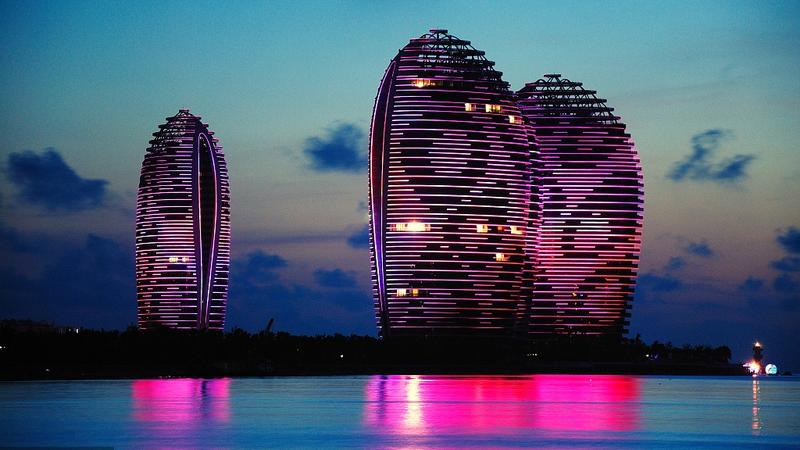 China will expand opening-up in fields such as international shipping, tourism and professional services in Hainan as the southern Chinese island is building a pilot free trade zone (FTZ).

More decision-making power in reform measures will be granted to the Hainan pilot FTZ in terms of trade and investment facilitation, government supervision and other aspects

The government will support accelerated growth of sectors like medical and health services and international exhibitions to attract more innovative players, said Zhong.

More decision-making power in reform measures will be granted to the Hainan pilot FTZ in terms of trade and investment facilitation, government supervision and other aspects, Zhong added.

"The environment should never be compromised during the development of the Hainan pilot FTZ," Zhong said.

China announced plans in April 2018 to build a pilot FTZ covering the whole island and explore the establishment of a free trade port with Chinese characteristics.

The booth area of the 2nd CIIE will expand to a planned 330,000 square meters

The exhibition will also showcase more new products, technologies and services, he said, adding that booths in sectors like health care have already been fully booked.

The second Hongqiao International Economic and Trade Forum will be held during the CIIE, the minister said.

A total of 172 countries, regions and international organizations and more than 3,600 enterprises participated in the first CIIE, held on Nov 5-10 in Shanghai. It was the world's first import-themed national-level expo.

Deals for intended one-year purchases of goods and services worth a total of US$57.83 billion were reached at the first CIIE.