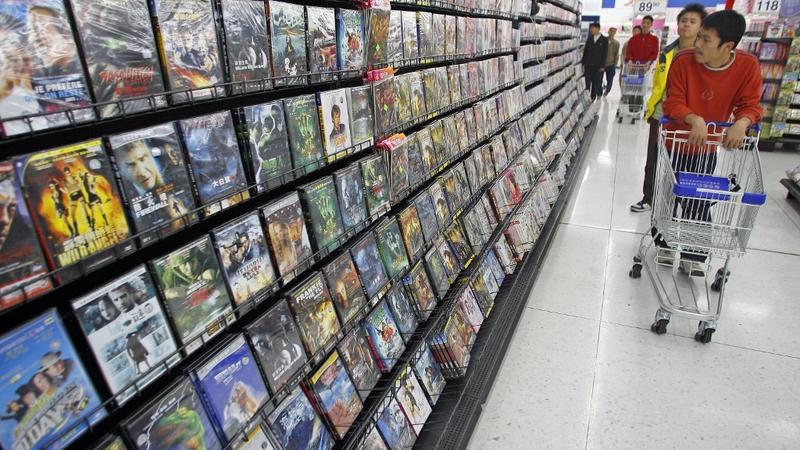 This Oct 31, 2006 file photo shows local shoppers looking at DVDs for sale at a shop in Chengdu, in China's southwestern province of Sichuan. (LIU JIN / AFP)

Authorities vowed to severely crack down on unauthorized reproduction of media outlets' new products and acts of plagiarizing, distorting and abridging media outlets' news products by "we media," or social media accounts run by individuals.

The illegal filming and recording in cinemas, the spread of pirated film and television work via the internet and the unauthorized distribution of products via smart devices and streaming media software will be strictly dealt with, according to officials.