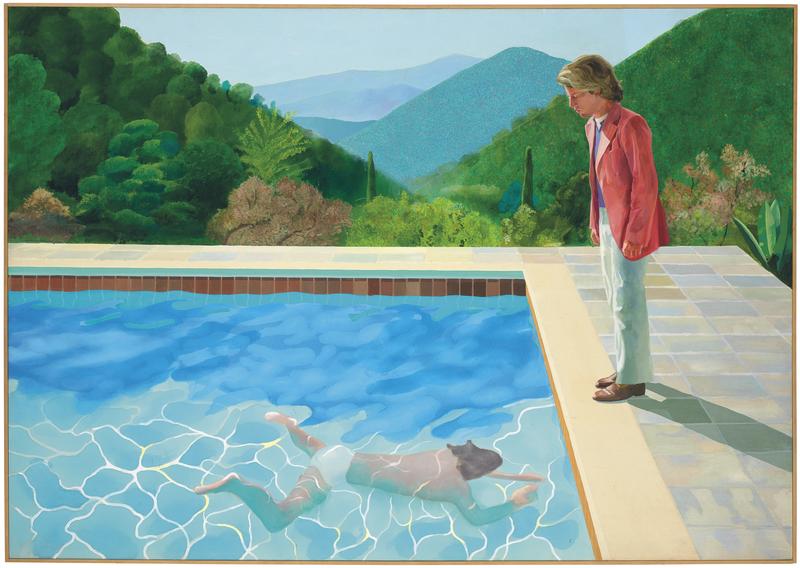 NEW YORK — An iconic 1972 painting by British artist David Hockney soared to US$90.3 million at Christie’s on Thursday, smashing the record for the highest price ever paid at auction for a work by a living artist.

With Christie’s commission, “Portrait of an Artist (Pool with Two Figures),” surpassed the auction house’s pre-sale estimate of about US$80 million, following a bidding war between two determined would-be buyers once the work hit US$70 million.

The previous record for a work by a living artist was held by Jeff Koons’ sculpture “Balloon Dog,” which sold for US$58.4 million in 2013. Hockney’s previous auction record was US$28.4 million.

The 1972 work by the 81-year-old British artist, one of Hockney’s most famous paintings which depicts a man in a pink jacket looking down on another figure swimming underwater in a pool, was reported to have been consigned by British billionaire currency trader Joe Lewis.

Christie’s did not identify the seller or the successful bidder, who was bidding via telephone during a nearly 10-minute contest for the work.

Morgan Long, senior director of art investment house Fine Art Group, hailed “a great result for Christie’s,” saying it achieved its predicted US$80 million price “through a combination of clever marketing and what looked like sheer determination on the part of (a) phone client to take the painting home.” 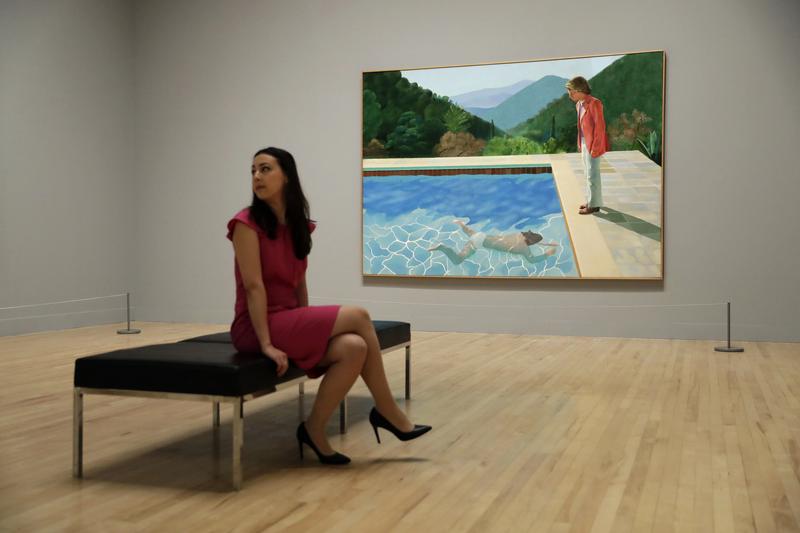 In this Feb 6, 2017, file photo, a Tate representative poses for photographs next to British artist David Hockney's "Portrait of an Artist (Pool with Two Figures) during a photo call to promote the largest-ever retrospective of his work at Tate Britain gallery in London. (MATT DUNHAM / AP)

What we have learned from this week is that demand for great art remains global, with strong participation from American bidders and good activity from Europe and Asia

In a virtually unprecedented move for such a valuable painting, “Portrait of an Artist,” which was on exhibition at Tate Britain, the Pompidou Centre and New York’s Metropolitan Museum of Art over the past two years, was sold with no reserve, the minimum price at which the consignor agrees to sell a piece.

The price went far to boost the success of Christie’s post-war and contemporary art auction, which took in a total of US$357.6 million, roughly the middle of its expected range, with 41 of the 48 lots on offer finding buyers.

“What we have learned from this week is that demand for great art remains global, with strong participation from American bidders and good activity from Europe and Asia,” Chief Executive Guillaume Cerutti said after the sale.

Other sale highlights included Francis Bacon’s “Study of Henrietta Moraes Laughing,” which sold for US$21.7 million against a pre-sale estimate of US$14 million to US$18 million, and Alexander Calder’s “21 Feuilles Blanches,” which more than doubled its high estimate, selling for just under US$18 million.