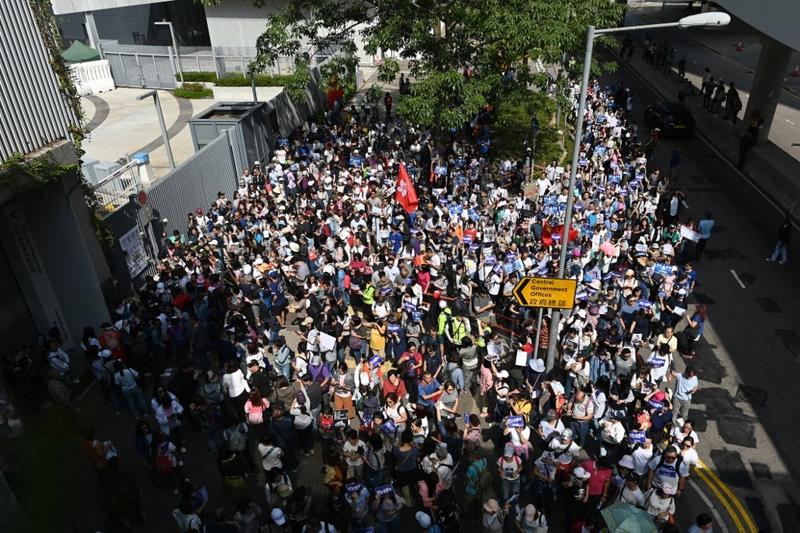 Hundreds of people participate in a rally outside the Legislative Council building in Hong Kong to show their support for the Hong Kong Police Force, Nov 16, 2019. (YE AUNG THU / AFP)

On one side are a group of masked men, armed with bricks, bows and arrows, damaging anything on the street and ready to attack anybody who dares to utter a word different from them. On the other side are a group of policemen, ready to lend a helping hand to anybody that needs it. Which side will you support? 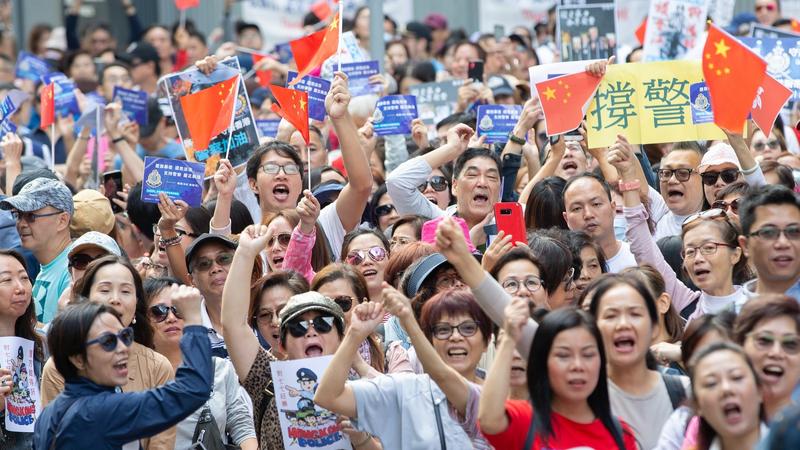 Increasingly more Hong Kong residents have clearly voiced their choice: They support the police, who are on the side of justice.

On Saturday, thousands of local Hong Kong residents voluntarily marched in protest against violence and in support of the police.

Saturday's crowd was a mix of young and elderly, some of whom had brought their children along to the rally

Before them, there had already been many residents who voluntarily cleared the debris and wreckage left by rioters after they blocked the streets and damaged infrastructure. "To clear the bricks" has become a popular action among Hong Kong residents.

Months even weeks ago, there still a popular phrase describing the average Hong Kong residents: "The silent majority". Now the majority have decided that they no longer wish stay silent and they are voicing their clear, unambiguous support to the police who defend them.

Most importantly, their standing up will prevent certain local and Western media outlets from further demonizing the HK police. For months, certain biased media outlets have selectively posted misleading photos and video clips online to give their audiences the impression that the rioters had popular support.

Now Western audiences know who are the majority and what is their mainstream opinion in Hong Kong, and the efforts of certain media to demonize the Hong Kong police will be in vain. 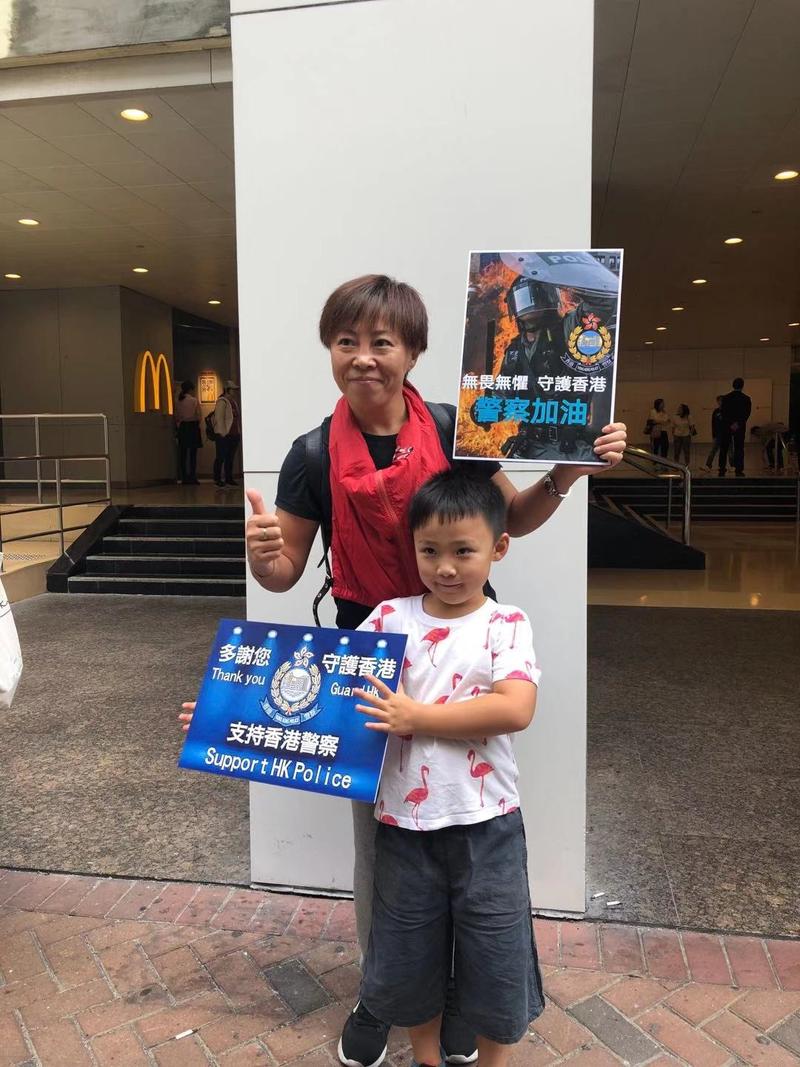 That risk only makes their bravery more praiseworthy. For the past several months, Hong Kong residents have suffered from the rioters turning the previously peaceful city into something like a battlefield. Yet the majority stayed silent and the main reason for that is they feared being attacked as individuals who spoke out against the rioters were brutally beaten.

Now the brave residents have come together and set a good example for others who think like them. Increasingly more residents will realize they are united and will be brave in speaking out against the rioters.

The key to the future of Hong Kong is in the hands of these residents. As locals, they have the power to vote and their attitudes are of key importance to curbing the violence and restoring order in Hong Kong.