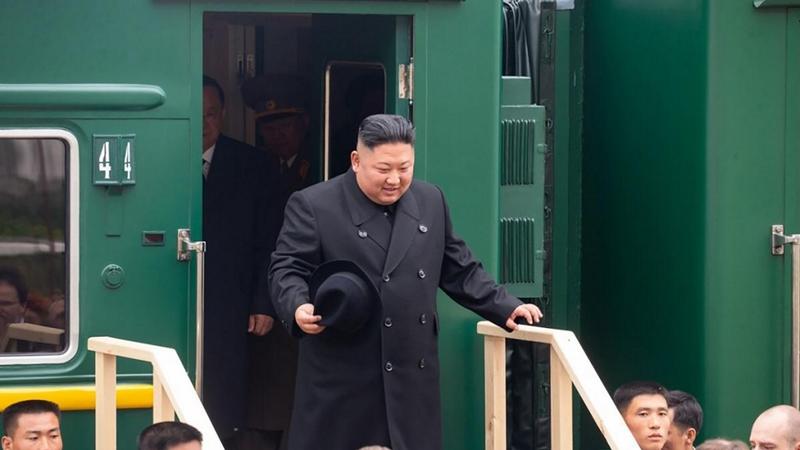 The Democratic People's Republic of Korea (DPRK)'s leader Kim Jong-un arrived in Russia on Wednesday morning for his much-anticipated summit with President Vladimir Putin in the Pacific port city of Vladivostok.

The official Korean Central News Agency said Kim was seen off by officials and residents as he left Pyongyang by his special train at dawn, and Russian news agency Tass quoted a local official as saying Kim was given flowers, bread and salt at the Hasan train station after crossing the border.