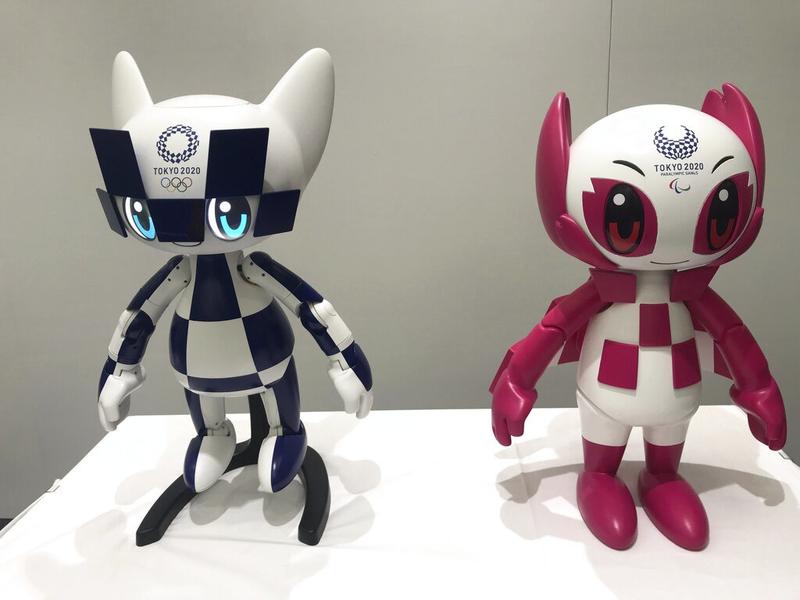 In this July 18, 2019, photo, robots of mascots of Olympics "Miraitowa," left, and Paralympics "Someity" are shown to the media at Toyota Motor Corp headquarters in Tokyo. (YURI KAGEYAMA / AP)

TOKYO — A cart-like robot scuttles across the field to bring back javelins and discuses. A towering screen-on-wheels is designed for "virtual" attendance. The cute ones are, naturally, the likeness of the Olympic and Paralympic mascots.

The mascot robots have moving limbs and its eyes change to the image of stars and hearts. It cannot speak at all or walk very well. But the engineer in charge, Tomohisa Moridaira, suggested various possibilities, such as getting the robot to hold the Olympic torch using magnets. 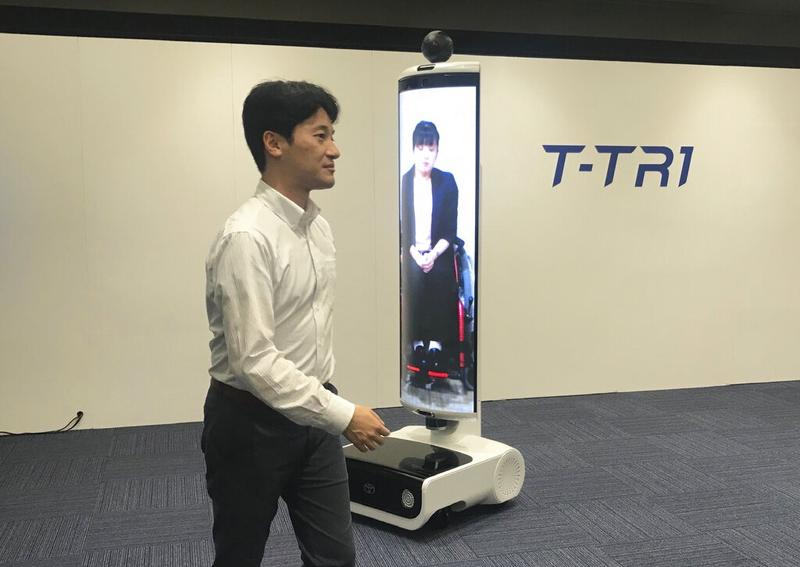 In this July 18, 2019, photo, a T-TRI robot is demonstrated before the media at Toyota Motor Corp headquarters in Tokyo. (YURI KAGEYAMA / AP)

The T-TR1, developed by Toyota's robotics institute in the US, highlights "virtual mobility," taking the automaker's usual business of transportation to another dimension. It's a moving human-size display designed to represent people who can't be there.

Think a faraway grandma at a child's birthday party or a legendary athlete not able to attend but "virtually" taking part in Olympic festivities.

Like all the world's major automakers, Toyota uses robotics in production plants. But it has also designed human-like robots, including those that play musical instruments.

The Cue 3, which computes a three-dimensional image with sensors and adjusts motors for the right angle and propulsion to accurately throw basketballs, recently got listed in the Guinness World Records for making 2020 free throws without missing, a record for a robot and an homage to the Tokyo Olympics.

An earlier Toyota robot that glides around like R2-D2 is devoted to picking things up, to help the sick and elderly. 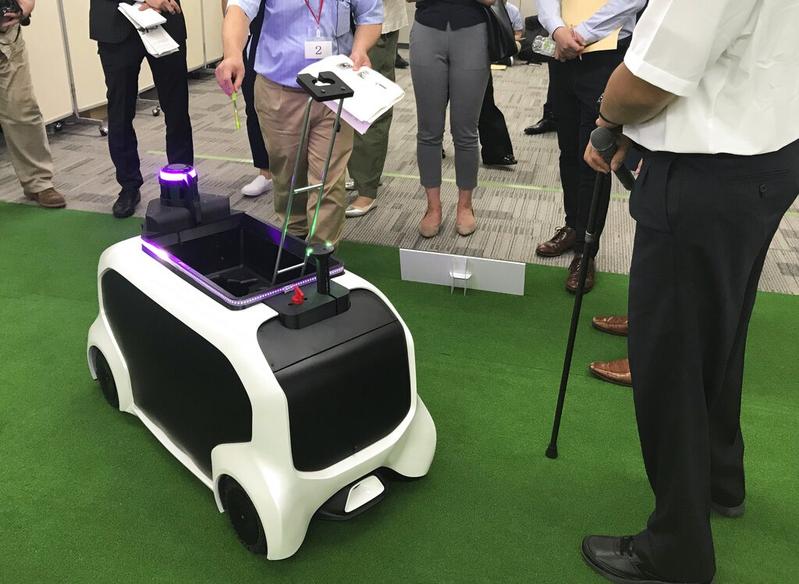 In this July 18, 2019, photo, a "field support robot" is demonstrated before the media at Toyota Motor Corp headquarters in Tokyo. (YURI KAGEYAMA / AP)

The latest "field support robot," which looks like a cart, will also be picking things up: the javelin, discus or hammer on the Olympic field.

Its intelligence helps it avoid obstacles as well as repetitive routes to minimize wear and tear on the grass.

The catch is: It can't go find the objects or pick them up on its own. A person has to run in front of it. Once the object is loaded, by the human, the robot will return to its original position.