US: Diplomats hit by 'acoustic attacks' in Cuba rises to 25 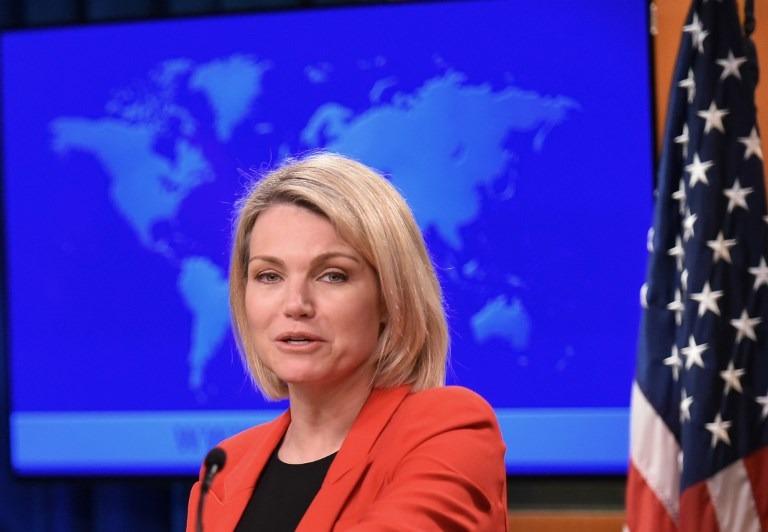 WASHINGTON - US State Department said on Thursday that the number of US diplomats affected by the alleged "acoustic attacks" in Cuba has risen to 25.

In a press briefing, State Department spokesperson Heather Nauert said that "one US diplomat working at the US Embassy in Havana was medically confirmed to have experienced health effects similar to those that were reported by members of the US Havana diplomatic community," making the number of affected Americans rise to 25.

Heather Nauert said that the US side had informed the Cuban government of this occurrence on May 29 this year, and Cuba had promised to continue to take the incident seriously and continue their investigation

This has been the first medically confirmed case in Havana since August, 2017, she said, adding that the US interagency "investigation into the origin of these symptoms continues."

Nauert added that the US side had informed the Cuban government of this occurrence on May 29 this year, and Cuba had promised to continue to take the incident seriously and continue their investigation.

US State Secretary Mike Pompeo said on June 5 that currently, 24 US government personnel and family members who served in Cuba have been medically confirmed as "having symptoms and clinical findings similar to those noted following concussion or minor traumatic brain injury."

Over 20 US diplomats suffered from what Washington called "acoustic attacks" between November 2016 and August 2017. The incidents led to the partial closure of the US embassy in Havana, expulsion of 15 Cuban diplomats who worked at the embassy in Washington, and a halt in issuing US visas in Havana.

Cuba rejected the accusation, initiated an investigation, and urged the United States to present evidence of the alleged attacks.

Cuba's Ministry of Foreign Affairs reiterated on Sunday the lack of evidence related to the alleged sonic attacks suffered by American diplomats in the Caribbean nation.

The Cuban government has said that, after more than a year of investigations, there are no scientific conclusions to justify the actions taken by the White House to the detriment of bilateral relations.