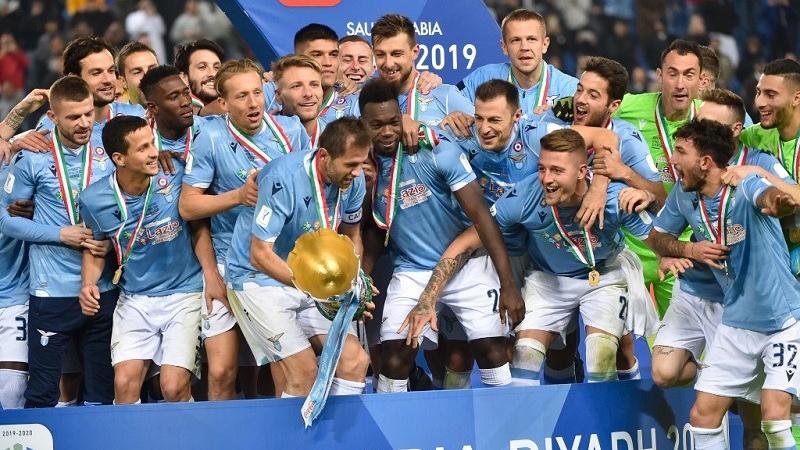 Lazio's players celebrate with trophy after the Supercoppa Italiana final football match between Juventus and Lazio at the King Saud University Stadium in the Saudi capital Riyadh on Dec 22, 2019. (FAYEZ NURELDINE / AFP)

RIYADH, Saudi Arabia - Lazio beat Juventus 3-1 on Sunday to win the Italian Super Cup for a fifth time amid a background of protests and political outrage at the game being held in Saudi Arabia.

I am super happy. I heard so many people say how difficult it would be to beat Juve twice in one season, let alone in a couple of weeks

Danilo Cataldi sealed the result in stoppage time with a free kick. That was conceded by Juventus midfielder Rodrigo Bentancur, who was shown a second yellow card and sent off.

It was the second time in three years that Lazio had beaten Juventus in the Super Cup. The capital side had also won 3-1 when the two clubs met in Serie A two weeks ago in what was Maurizio Sarri's only previous defeat as Juventus coach.

"I am super happy," Cataldi said. "I heard so many people say how difficult it would be to beat Juve twice in one season, let alone in a couple of weeks, but instead we lifted a trophy and beat one of the three best teams in Europe.

"Now we can rest a little bit and then get going again right to the max ... We're bringing the cup home, and we'll have a right party on the plane!"

Juventus can content itself with heading into the winter break joint top of Serie A with Inter Milan, six points above Lazio - which has a match in hand. The Bianconeri are also in the last 16 of the Champions League.

"We came into this game with a deficit of physical and mental energy, this happens," Sarri said. "We are sorry we lost a trophy, but we still have many competitions at stake in the next five months. There is anger but crying over it does not solve the problems." 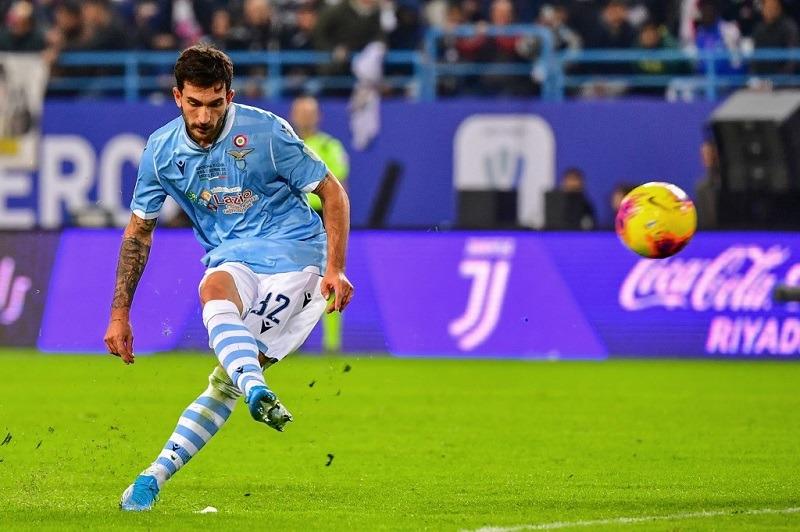 The Italian league has a contract with Saudi Arabia to play three Super Cups in the country over five years and - just like last year - the match between the reigning Serie A champion and the Italian Cup holder went ahead.

Lazio took the lead in the 16th minute when Lulic crossed for Sergej Milinkovic-Savic at the back post, and he cut it back for Luis Alberto to fire into the roof of the net.

Sarri had again started with the superstar trident of Cristiano Ronaldo, Dybala and Gonzalo Higuain and the first two combined for the equalizer on the stroke of halftime.

Dybala turned in the rebound from close range after Lazio goalkeeper Thomas Strakosha could only parry Ronaldo's effort.

But Lazio captain Lulic helped to win the match with a splendid volley at the back post after Marco Parolo had nodded on Manuel Lazzari's cross.