WSJ: US to close PLO office in Washington 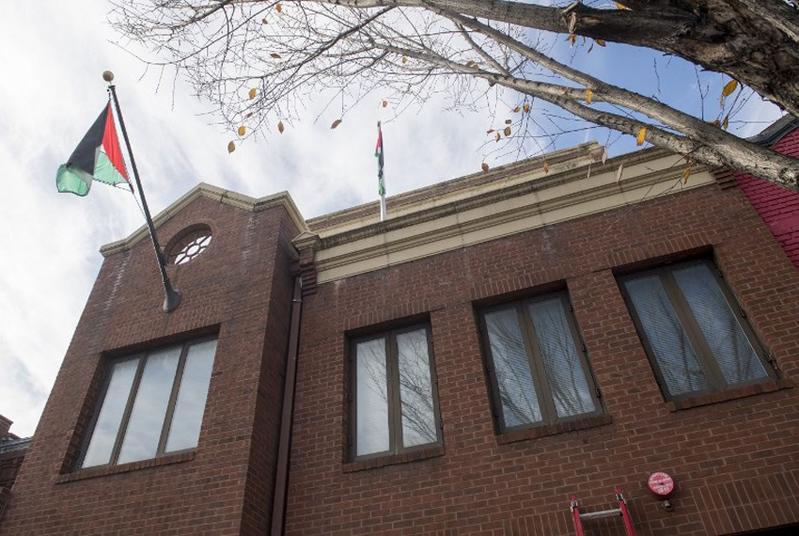 In this Nov 21, 2017 photo, the Palestine Liberation Organization (PLO) office is seen in Washington, DC. The Wall Street Journal has reported quoting US National Security Advisor John Bolton in a planned remark that the US government has planned to close the PLO office in Washington. (SAUL LOEB / AFP)

WASHINGTON – The Donald Trump administration has planned to announce on Monday that it will close the Palestine Liberation Organization (PLO)'s office in Washington, according to The Wall Street Journal.

In a report published on Sunday, the newspaper quoted US National Security Advisor John Bolton as saying in his planned remark that "the Trump administration will not keep the office open when the Palestinians refuse to start direct and meaningful negotiations with Israel."

In August, the US State Department announced a decision to "redirect" economic aid to the Palestinians that are worth more than US$200 million

Bolton was expected to say that the United States will always stand with Israel, and to "threaten to impose sanctions against the International Criminal Court (ICC) if it moves ahead with investigations of the US and Israel," the newspaper reported.

Washington will also ban ICC judges and prosecutors from entering the country, sanction their funds in the US financial system, and "prosecute them in the US criminal system," Bolton will say. "We will do the same for any company or state that assists an ICC investigation of Americans."

US media reported on Saturday that the Trump administration will be redirecting approximately US$25 million “originally planned for the East Jerusalem Hospital Network. Those funds will go to high-priority projects elsewhere."

Reacting to the move, the Palestinian side denounced it as "an act of political blackmail," saying it would cause "serious instability and grave harm" to thousands of patients and their families across the West Bank and Gaza Strip.

The upcoming US decision will be the latest in a trove of US funding cuts against the Palestinians.

The US State Department announced in August a decision to "redirect" economic aid to the Palestinians that are worth more than US$200 million.

Later, it announced it would not provide assistance funding any more for the United Nations Relief and Works Agency for Palestine Refugees in the Near East (UNRWA).

The US aid cut also came after Washington threatened to reduce financial support for the Palestinians unless they agree to return to the negotiation table with Israel. The negotiation remains stalled for four years.

Palestinian officials have said that the US move comes in line with President Donald Trump's attempt to ignore the final issues of the Palestinian-Israel peace process and remove the issues of Jerusalem and refugees "off the table".