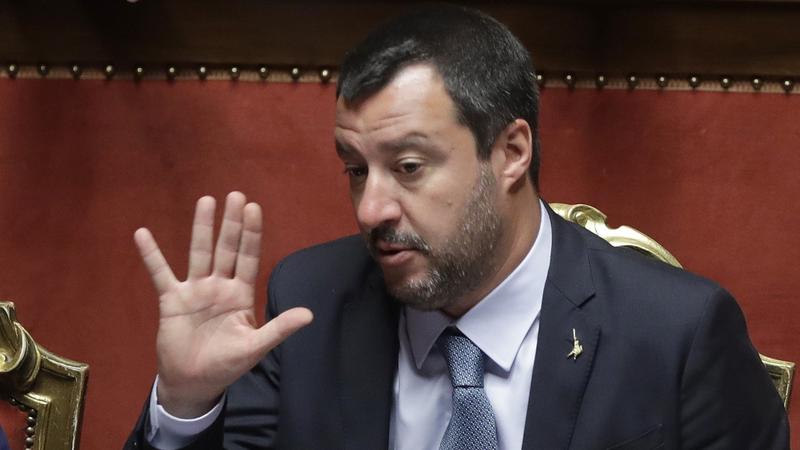 Deputy Premier Matteo Salvini will likely have to wait a week to move ahead with his power grab in Italy.

Senate leaders on Monday failed to agree on a date for the confidence vote that could bring down the curtains on the country’s populist coalition, pushing back a decision until Tuesday. The full upper chamber may set a date at a session beginning at 6 pm in Rome.

Prime Minister Giuseppe Conte is likely to be invited to address the Senate Aug 20, Ansa newswire reported, signaling that is when his future will be decided.

Salvini is going to win, it’s only a matter of when

Salvini last week pulled his support from the administration in a bid to force snap elections and consolidate power in his anti-immigrant party, the League. If Conte’s government no longer has a majority, as is likely, President Sergio Mattarella would have to decide whether to try for an alternative coalition or call a general election.

Conte’s government, an alliance between the League and the anti-establishment Five Star Movement, has been tearing itself apart due to policy disagreements ever since it was formed more than a year ago. Salvini’s commanding lead in the polls means that he’ll likely become Italy’s next premier, despite last-ditch opposition efforts to create a fresh coalition to block him.

Five Star’s leader Luigi Di Maio said in a Facebook video Monday that Salvini’s efforts to bring down the government are absurd and called for Salvini and other League ministers to resign.

With the League polling just shy of 40%, a new election could see Salvini win an outright majority in both branches of parliament on his own, though a pre-election alliance with the far-right Brothers of Italy might provide more comfort. Add Forza Italia to the mix and Salvini might even get the two-thirds majority needed to amend the country’s constitution.

The League is the most popular party in Italy and would get about 38% of the vote if elections were held right now, according to pollster Noto Sondaggi. The Brothers of Italy are polling around 8%, Forza Italia at 6.5%, the Democratic Party at 23%, while Five Star is down to 16.5%, according to the data published by Corriere della Sera.

“Salvini is going to win, it’s only a matter of when,” Raffaella Tenconi, founder of London-based consultancy ADA Economics, said in an interview with Bloomberg. “He can win now relatively soon with an early election or he can win even more in a year from now.”

Five Star has been in talks with the center-left Democratic Party, according to Italian media, in an effort to form an “institutional” government after the likely collapse of the one led by Conte. The goal would be to lay the foundations for the 2020 budget, avoiding an automatic VAT increase that’s worth 23 billion euros (US$26 billion) and possibly changing the country’s voting system.

A tie-up between the Democrats and Five Star is unlikely given that the two have traded insults and have been at odds on almost every major issue for years. But it’s a signal of the obstacles that Salvini faces after he pulled the plug on his fractious coalition with Five Star and called for “swift” elections to capitalize on soaring poll ratings.