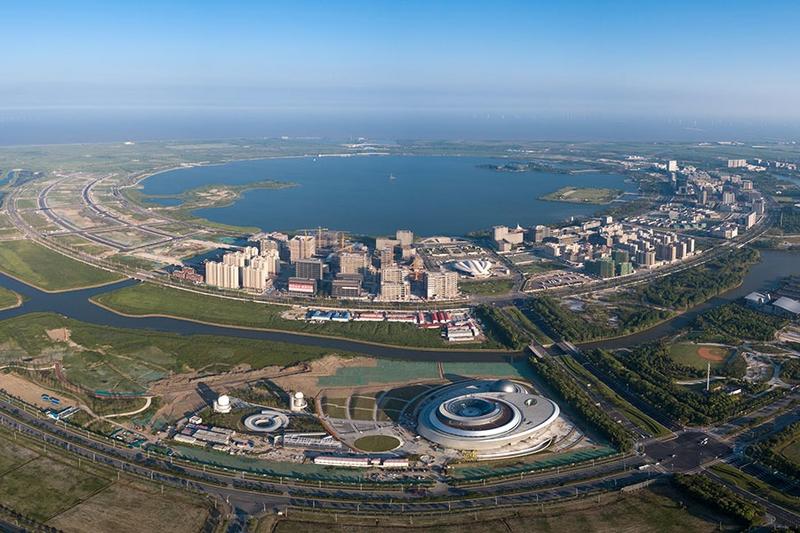 Foreigners involved in commercial disputes in the Lingang Special Area, newly added to the China (Shanghai) Pilot Free Trade Zone, will be allowed to use English in litigation materials and court hearings if both parties agree, the Shanghai High People's Court said.

A simultaneous interpretation system will be used during court hearings to aid the process, Pan Yunbo, director of the court's commercial tribunal, said on Monday.

The court unveiled 21 measures on Monday designed to provide efficient, international standard judicial services as part of the city's effort to forge a top-class business environment that will enhance the international influence and competitiveness of the Lingang Special Area

The court unveiled 21 measures on Monday designed to provide efficient, international standard judicial services as part of the city's effort to forge a top-class business environment that will enhance the international influence and competitiveness of the Lingang Special Area.

"The use of the English language is an international practice in litigation and trials involving parties from different countries," Pan said.

The Supreme People's Court started to embrace the practice in recent years. It established its first international commercial tribunal in July last year and began to allow the parties involved to submit litigation materials in English.

The adoption of the practice in Lingang was imperative due to a sharp increase in cross-border cases since the area's establishment in August, Pan said.

Since it was launched on Aug 20, the Lingang Special Area, which covers an initial area of 119.5 square kilometers, has become a pilot zone for new industries and business and trading models.

Nearly 2,500 lawsuits related to the Lingang Special Area were received by Shanghai courts from September to Dec 25. In disputes involving at least one foreign party, the number of intellectual property cases rose 133 percent year-on-year, the number of financial disputes was up nearly 17 percent and the number of commercial disputes rose 12 percent.

"It showed that after the establishment of the special area, commercial transactions increased rapidly and so did the need for judicial settlement of commercial disputes," said Chen Meng, vice-president of the Shanghai High People's Court.

The adoption of English as an official language in such cases was aimed at offering better and more efficient legal services, Chen said.