Shenzhen will unleash its potential in innovation and production to give full play to building a world-class center of technology, trade, finance and shipping with its neighbor Hong Kong, officials from the Shenzhen government announced.

More than 20 Hong Kong deputies to the country’s top legislature – the National People’s Congress – heard the Shenzhen government’s Bay Area vision during a visit to the city on Tuesday.

Shenzhen and Hong Kong together, as core cities in the region, play a very important role in building a first-class international Bay Area and world-class city cluster, Shenzhen officials said.

Since Shenzhen launched research on the Bay Area long ago, the city is now forming the implementation plan with goals to enhance the ability of the region to serve the country and connect with the world,  the Shenzhen government said.

Hong Kong representatives agreed Bay Area development is a golden opportunity for both cities. The duo should deepen cooperation in the Qianhai and Lok Ma Chau Loop special zones and various industries in order to push forward the growth of the region, they urged. 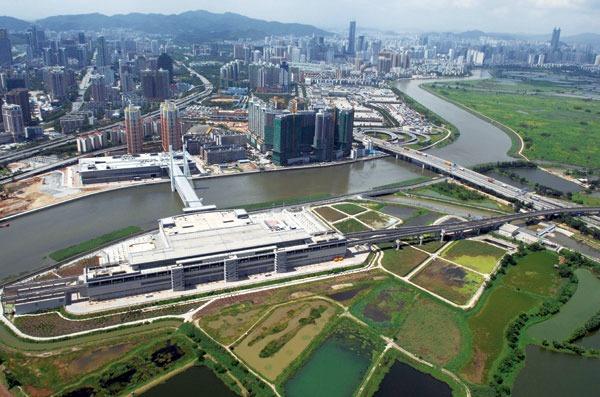 Echoing the group’s view, Hong Kong lawmaker Elizabeth Quat Pui-fan prompted the launch of a mutual eID access between Hong Kong and the mainland, when everyone in Hong Kong receives the eID in 2020.

Quat made the statement at a Bay Area seminar organized by the Smart City Consortium. The eID connect will give Hong Kong people convenience in cross-boundary services, including investment, medical care, buying insurance and transport tickets, she said.

Legislator Christopher Cheung Wah-fung, from the financial services functional constituency, was eager to advance the stock connect and mutual recognition of funds between the mainland and Hong Kong.

Being a renowned international finance center with the advantages of the “one country, two systems” policy, Hong Kong can play its unique role in the Bay Area, said Cheung.