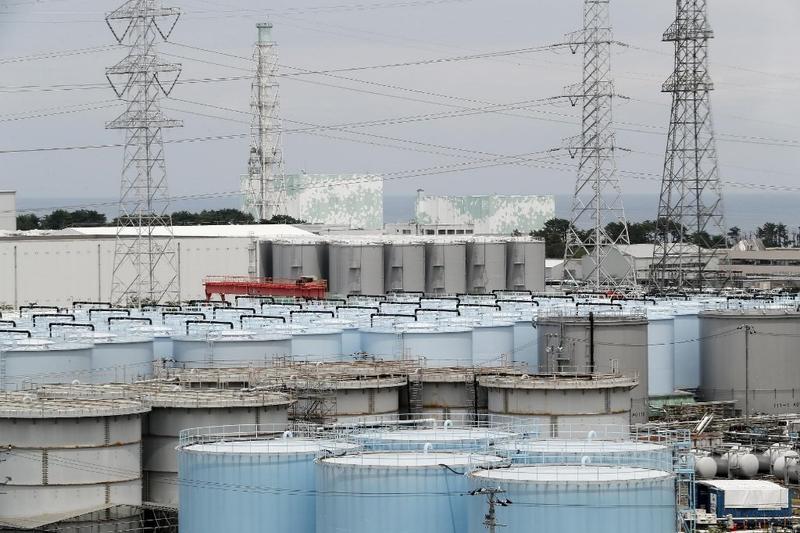 SEOUL — South Korea on Monday urged Japan to explain a plan to dispose of the nuclear polluted water from the 2011 Fukushima nuclear power plant meltdown amid the growing worry here about Japan's possible discharge of contaminated water into the Pacific Ocean.

Kwon Se-jung, the director general of South Korea's foreign ministry in charge of environmental affairs, summoned Tomofumi Nishinaga, a diplomat for economic affairs from the Japanese Embassy in Seoul, to deliver the note verbale, a diplomatic document requesting that Japan explain claims on its discharge plan of the radioactive water.

The request came after Greenpeace, an environmental group, claimed that Japan recently pushed a plan to discharge into the Pacific Ocean more than 1 million tons of the high-level radioactive contaminated water from the Fukushima power plant meltdown

The request came after Greenpeace, an environmental group, claimed that Japan recently pushed a plan to discharge into the Pacific Ocean more than 1 million tons of the high-level radioactive contaminated water from the Fukushima power plant meltdown.

Under the note verbale delivered to the Japanese diplomat, South Korea said it recognized very gravely the impact that the disposal result of contaminated water from the Fukushima power plant may have on the health and safety of both countries' people and on the entire countries linked along the ocean.

South Korea requested that the Japanese government officially verify the claims by environmental groups and media reports on its discharge plan of nuclear polluted water into the ocean while explaining its future disposal plan, the Seoul ministry said.

South Korea also urged Japan to more transparently and concretely explain to the international community about its comprehensive measures including how to handle the Fukushima power plant meltdown.

Kwon, the South Korean diplomat, suggested that Seoul and Tokyo jointly explore ways to prevent the contaminated water of the Fukushima plant from affecting the marine ecosystem in nearby waters as well as the health and safety of the South Korean people neighboring Japan.

Nishinaga, the Japanese diplomat, said in response that he will report Seoul's position to the Japanese government, noting that Japan will faithfully and transparently provide information on the Fukushima plant's contaminated water disposal to the South Korean government and the international society.